What should I look for in a used Mitsubishi Outlander 4x4?

The great thing about Mitsubishis is that they are tough little devils. According to figures from Warranty Direct, although they are among the oldest of all the cars on their fleet, they are well below average in terms of the number of the claims on them.

Not many Outlanders have been sold as new cars, but owners certainly reinforce the impression given by Warranty Direct. There are precious few reliability issues reported, and any problems that do appear are dealt with quickly and efficiently by the dealers.

The only consistent complaint is of poor fuel consumption, but there have been no recalls on the Outlander, and we have heard of no problems with the car. So, if it follows the example of other Mitsubishi 4x4s, such as the Shogun, we expect it to be thoroughly reliable as long as it is well looked after.

What are the most common problems with a used Mitsubishi Outlander 4x4? 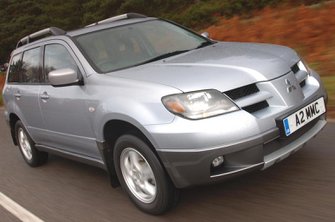