More for you |
Best used coupes for less than £25,000 (and the one to avoid)Deal of the day: Jaguar XKJaguar XK production to end in the summerJaguar XK Coupe 5.0 V8 reviewJaguar - 60 years of the XK
Home
First drive
2014 Jaguar XK Dynamic R review
first drive

The sports-oriented, run-out edition of the Jaguar XK gets stiffer suspension from the XKR-S and loads of equipment for less money than the now-defunct XKR. We test it in the UK... 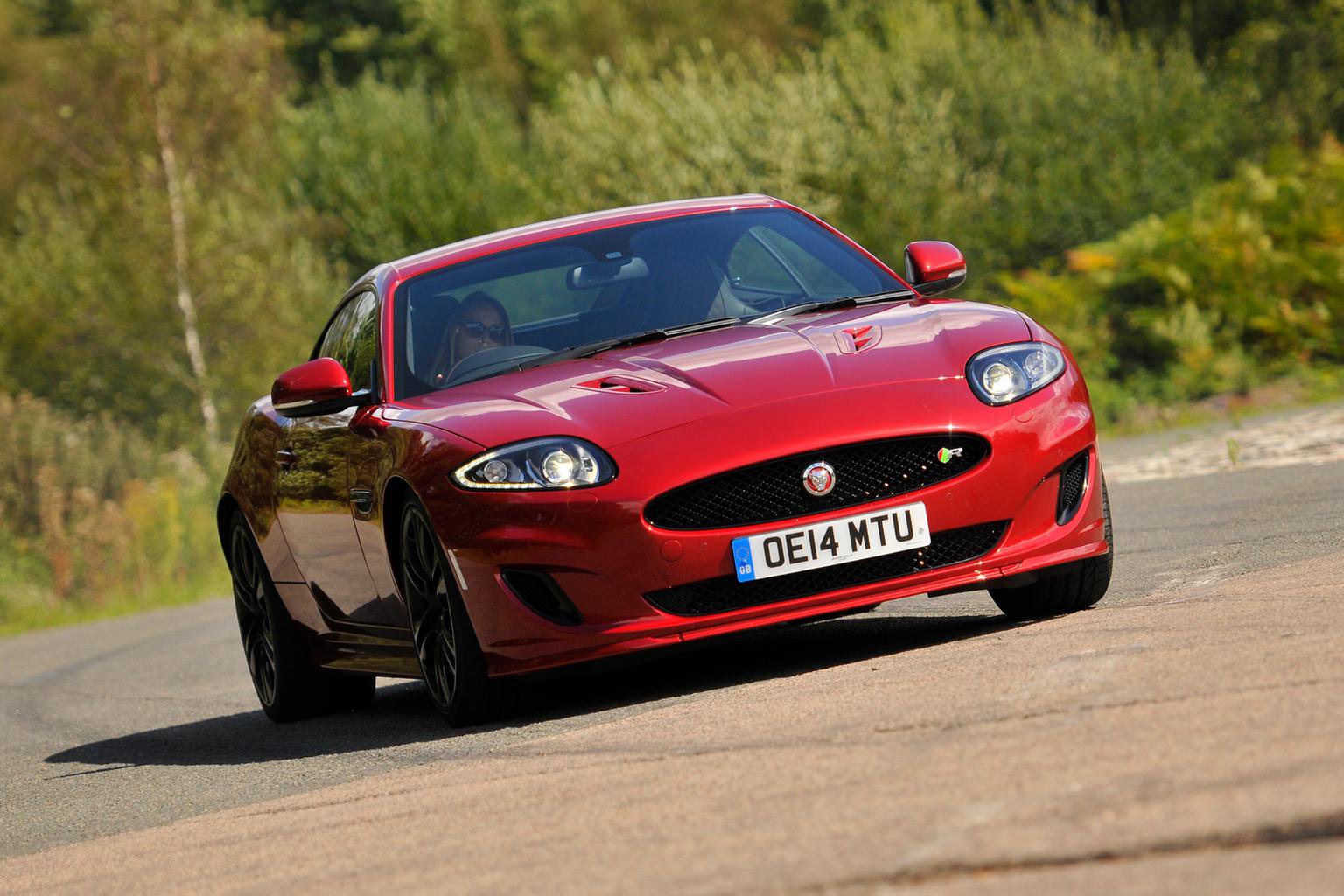 The Jaguar XK is no more. Or almost no more, anyway. Production of the XK has ended and your only options now are the maximum-attack, hardcore XKR-S, or two new run-out editions – a luxury version of the standard XK, dubbed the Signature, or the supercharged Dynamic R tested here.

The Jaguar XK Dynamic R gets the same 503bhp 5.0-litre supercharged V8 as the now defunct XKR, but has the suspension upgrades from the XKR-S, which includes stiffer springs and revised damper and differential settings.

There’s also a 10mm lower ride height, and top speed is now limited to 174mph instead of 155mph. Even better – all of this costs around £10k less now than it would have done a few months ago, and that’s before you consider the thousands you’ll be able to haggle off.

What’s the 2014 Jaguar XK Dynamic R like to drive?

We’ve always enjoyed the XKR’s impressive blend of long-legged GT ability and sports-car ferocity, and the Dynamic R maintains that balance. Yes, the new suspension is a little more fidgety around town than the old XKR was, but it remains composed and comfortable enough in context of the performance on offer, and doesn’t feel crashy unless you hit a particularly sharp pothole.

The tweaked suspension pays off in terms of the handling. The Dynamic R turns into corners keenly, gives plenty of feedback to let you know how much grip there is and keeps its body from leaning too heavily, all of which makes it impressively focused for such a large GT car.

Even so, you’re always slightly aware of its size and weight; you get a sense that you’re testing the limits of a cruiser, rather than playing with a light-footed sports car. Regardless, the XK Dynamic R is always entertaining, in an outrageous - often slightly sideways - fashion.

The V8 motor is a real delight. It builds speed without any uneven surges, so despite the explosive level of acceleration, this is an easy car to drive in almost any situation. Granted, the six-speed auto 'box is a little slow to respond at times, but it shifts smoothly in unhurried driving, and if you stick it in Dynamic mode and use the wheel-mounted paddles, it’s just about quick enough.

It's an easy-going cruiser, too. While there’s lots of road noise at high speeds, the crackling, sonorous exhaust note dies down when you want it to, and it’s quiet enough to be relaxing on longer drives.

This is where the age of the nine-year-old XK is really beginning to show. The infotainment system has a standard 7.0-inch colour touch-screen, but the graphics look a little dated next to the latest systems, and some of the plastics around the screen also feel a bit cheap.

Still, equipment levels are great, and include electrically adjustable leather seats with contrast stitching, rear-view camera, Bowers and Wilkins sound system, keyless entry and go, USB-input, Bluetooth, sat-nav and digital radio. You really don’t need to add anything at all.

It’s also a comfortable car – the driver’s seat has masses of adjustment, including lumbar and bolster, as well as tilt angle and height on the seat base, so everyone should be able to get comfortable. However, the same can’t be said for anyone attempting to fold themselves into the back seats.

It’s cripplingly uncomfortable back there, for children let alone adults, so think of it as convenient luggage room rather than space for people – it really isn’t the latter.

The boot is long, but rather shallow, so fine for a weekend away, but tight for anything more than that.

If you’re in the market for a big, sporting GT, and thought the Jaguar XKR-S was a bit over the top, and that the XKR was a bit soft, then this is the car for you. However, it is seriously difficult to recommend, mainly due to the existence of the F-type Coupe.

Okay, so for the price of the XK Dynamic R, you’re looking at an F-type V6 S, so you don’t get to tell everyone you’ve got a V8. Despite this, the F-type very close in terms of performance, has a classier-feeling interior, will hold its value much better and has usefully more traction and handling finesse.

That’s not the only competition to contend with – you also have the Porsche Cayman GTS, or the BMW M4, both of which are in a different league for handling and running costs, and the latter even offers a properly usable four-seat layout.

Sadly, the strength of all that competition puts the XK out of contention by any objective measure. If you love it anyway – and the noise alone is reason enough – then it still feels like a lot of car for the money.