Fourth-generation Optima saloon will go on sale in the UK towards the end of this year... 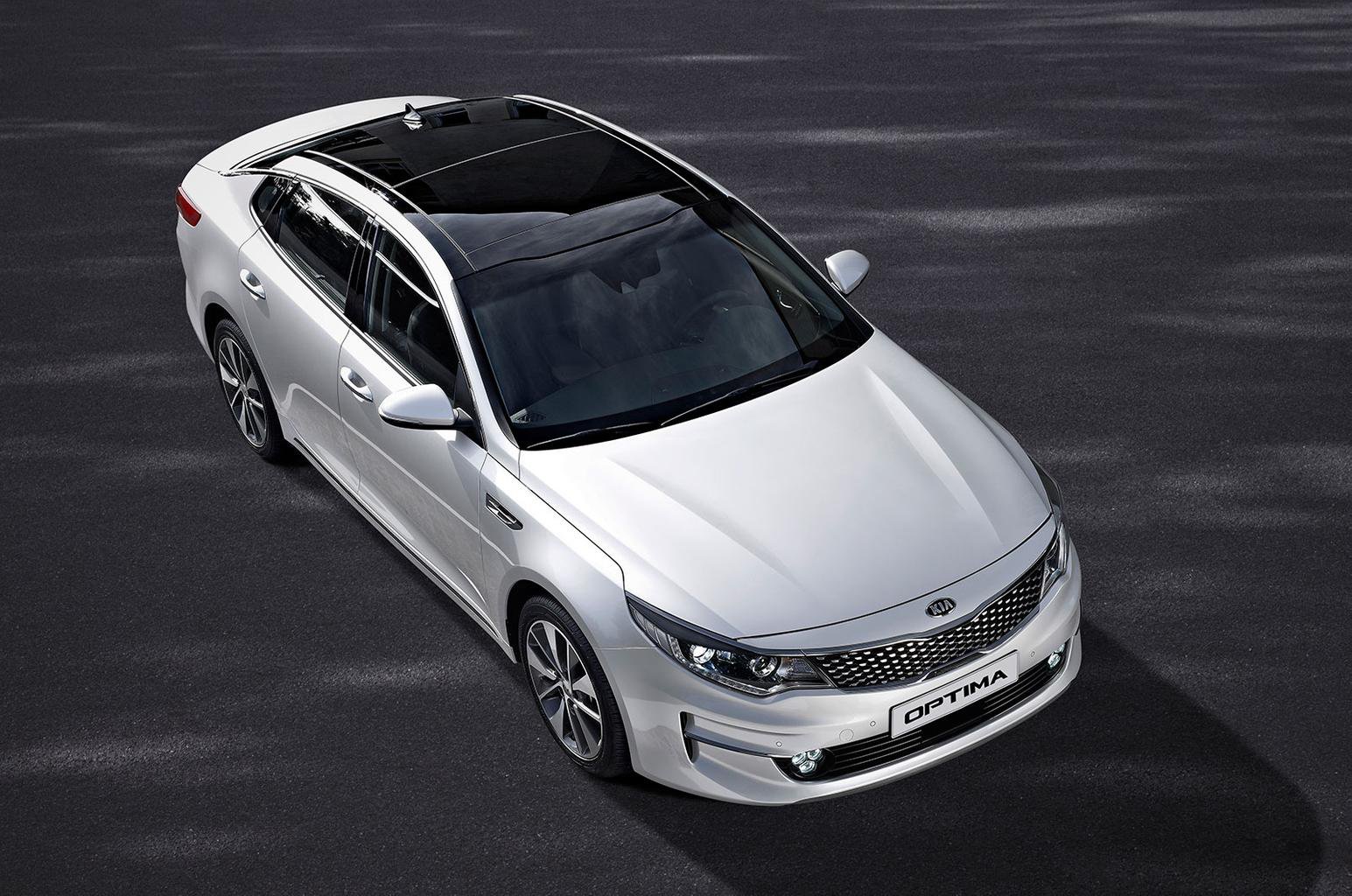 The all-new Kia Optima saloon has been revealed in European specification. It will go on sale in the UK towards the end of this year.

As well as the saloon, an estate version of the Optima is planned to go on sale next year. That car was previewed by the Sportspace concept at this year's Geneva motor show.

This is the fourth generation of Kia's Optima  saloon. It is marginally longer and taller than the previous car and is also10mm wider, while the wheelbase has grown by 25mm.

Kia says there is more passenger space and luggage room, especially for rear passengers, while overall storage space has increased to 510 litres.

The new Optima is stiffer than the outgoing version, in a bid to improve the car's ride, while tweaks have been made to the steering. Other advances include an increased use of carbonfibre-reinforced plastic, which aims to reduce weight in order to lower the levels of noise and vibration in the car.

In the UK there will only be one engine option - a refreshed version of the 1.7-litre diesel engine offered in the current Optima. It's been tuned to produce more power and torque, at 139bhp and 251lb ft, while CO2 emissions have been reduced to 110g/km.

Kia says a high-performance version of the Optima is planned for late next year, while a plug-in hybrid variant is currently scheduled for 2017.

UK trim levels will be announced closer to the Optima's UK on-sale date. It is set to follow the same trim level set-up as the outgoing model: 1, 2 and 3 specification.

Options include an electronically controlled suspension system, which allows drivers to choose between Normal and Sport driving modes. The car's interior can be specified with either a 7.0in or 8.0in touchscreen, running the latest version of Kia's AVN infotainment system.

Kia has yet to reveal how much the new Optima will cost in the UK, but it's expected to cost only slightly more than today's car, which is priced at £18,995.