2015 Land Rover Discovery Sport - all you need to know

The Land Rover Discovery Sport is the replacement for the Freelander, and is now on sale. Here's everything you need to know about the new car... 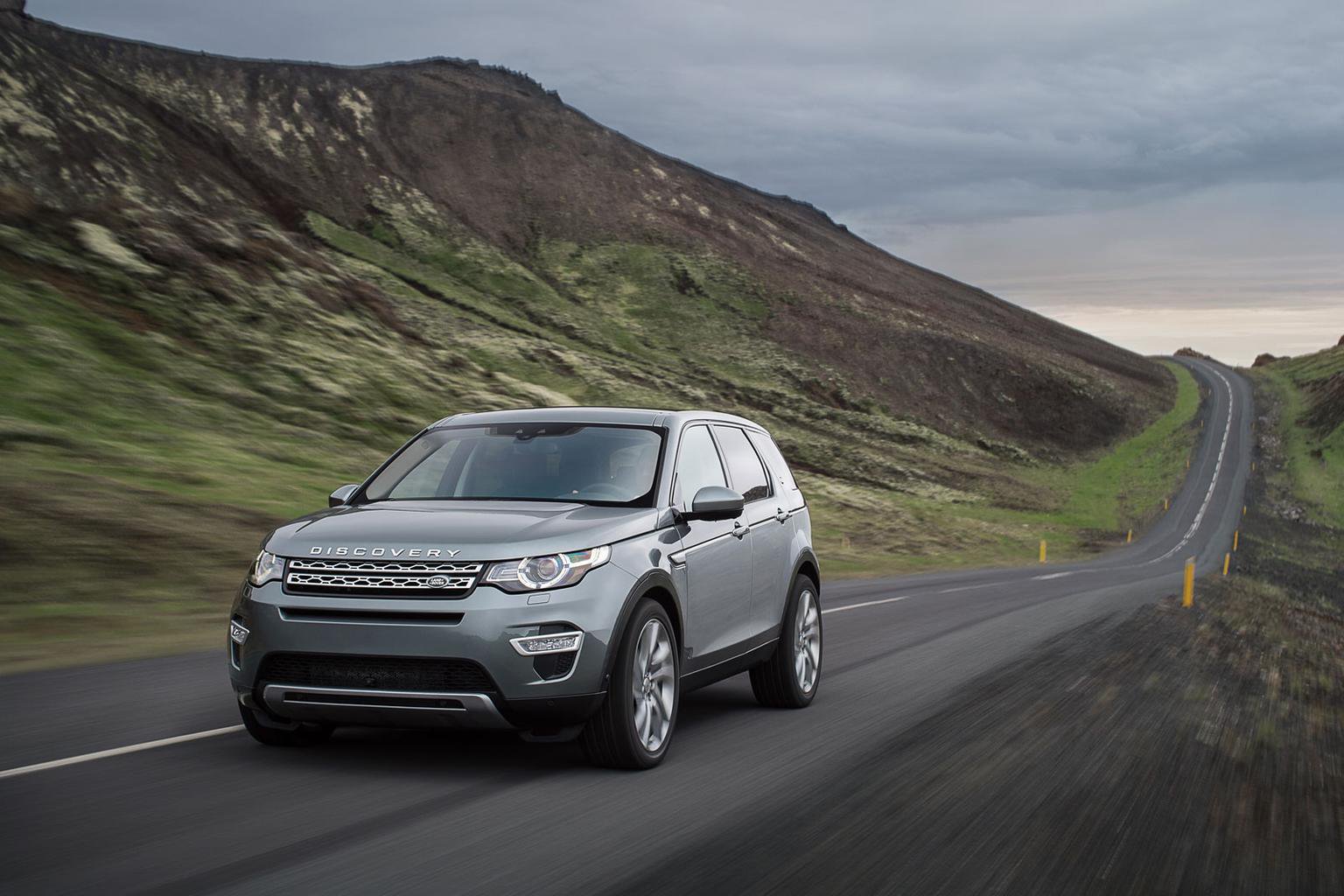 The Land Rover Freelander has been replaced by this new Land Rover Discovery Sport, a seven-seat SUV that will kick-start a new family of models sold with the Discovery name.

The Discovery Sport has been designed to be the most versatile car in its sector, yet retain the premium quality for which Land Rover is known. It is 9cm longer than the Freelander, at 459cm, 7cm of which has been used to make the middle row of seats truly spacious.

Behind the wheel
The only engine available initially is a 188bhp 2.2-litre diesel engine badged as the Discovery Sport SD4. It produces 310lb ft of pulling power and gives the car a 0-60mph time from 8.4sec. This model is available only with four-wheel drive, but nonetheless average fuel economy is 46.0mpg while CO2 emissions start at 162g/km, depending on whether the engine is linked to the nine-speed automatic gearbox or six-speed manual. The current Freelander powered by the SD4 engine averages 40.4mpg and emits 185g/km.

However, the SD4 powertrain will be replaced in September 2015, by a more efficient turbocharged diesel called eD4. This new engine, part of Jaguar Land Rover’s new Ingenium engine range, will be available in two states of tune. The entry-level 148bhp (150PS) version promises 57.7mpg and emissions of 129g/km. A higher output 178bhp (180PS) delivering 53.3mpg and 139g/km is the top diesel option. The new engines can travel further between services too, needing attention after 21,000 miles rather than the 16,000 miles of the SD4.

The 150PS version will be badged as an E-Capability vehicle, with blue Sport badging highlighting it as the most efficient vehicle in the ranges. It is also the only model in the range to be sold with five seats, reducing weight and improving economy and emissions. It is also only available with a manual gearbox.

The 180PS model has a choice of a six-speed manual or nine-speed automatic gearbox.

Land Rover describes the Discovery Sport as being ‘fun to drive and incredibly comfortable’, thanks largely to the high-strength but lightweight steel-and-aluminium body structure and cutting-edge suspension set-up. The bodyshell is largely shared with the Range Rover Evoque, while the space-efficient suspension design is said to give controlled on-and off-road ride and handling benefits as well as freeing up space for the rearmost seats, boot, and a spacesaver spare wheel.

The steering is also electrically power assisted, reducing fuel consumption and allowing the introduction of an option for a self-parking function where the car steers itself into a parallel parking space or parking bay.

On the inside
The Discovery Sport’s designers say they have worked to give the car a sporty look, disguising its greater length by pushing each wheel towards its corners and creating a rising line from the bonnet that steps up before going across the car and sitting it relatively low to the ground.

The design is also fairly aerodynamic, which helps performance, fuel economy and refinement.

Land Rover describes the interior seating arrangement as 5+2 rather than a full seven-seater, because the rearmost seats are for occasional use only; they’ve been designed around an average 15-year old.

As standard the middle row of seats can be reclined, slide back and forward by 16cm, and can be split 60:40. They are also 5cm higher than the front seats, to give passengers a better view.

Climate control for the front two rows of seats is standard, while buyers can specify air-con for the rearmost seats, as well as additional 12V and USB sockets so that passengers can use their electronic devices.

Boot space is an impressive 195 litres with all seats up, 830 litres with the third row down and 1698 litres with the second and third rows down. The boot opening also sits 5cm lower, making it easier to load and unload, and there is space for a full size spare tyre under the boot floor.

The Discovery Sport's maximum towing capacity for the automatic version is 2200kg, while the manual's is 2000kg.

From September 2015, a new trim level, HSE Black, will be available, adding privacy glass and visual enhancements to the standard HSE spec car.

New technology
In the centre of the Discovery Sport’s dash there’s a new eight-inch screen that uses phone-style dragging, scrolling and swiping functions to move between functions and screens. The main screen controls functions such as the audio, climate, telephone and navigation controls, while other options including turning the car into a wi-fi hotspot or displaying off-road or economy data. Sat-nav is standard on SE Tech models and above.

The Discovery Sport’s infotainment system is also optimised for use with smartphones. As an option, downloadable apps will allow owners to perform tasks such as summoning the emergency or breakdown services through the touch-screen, or to track their car if it is stolen. Also, two phones can be linked at once; one to make calls and one to stream music from.

In addition, voice control can be used to operate the sat-nav, select radio stations, dial phone numbers and access the phonebook.

Among the safety features are ABD automatic braking, which uses sensors to detect potential impacts and automatically apply the brakes to stop the car from speeds up to 32mph, or reduce impact speeds at up to 50mph. The same system also gives audio and visual warnings if it detects a possible cause of a collision, such as a row of stationary traffic. Additional to the standard roster of airbags, the Discovery Sport also features a new pedestrian airbag system which triggers from the base of the windscreen when the car detects an significant front impact at between 15 and 30mph.

Watch our sister mag, Autocar, and their first drive of the Discovery Sport:

Read what rivals the Discovery Sport has to beat

Fancy a used Freelander? Here is our buying guide