With a new 2.0-litre petrol engine under the bonnet, can the Mitsubishi ASX now run with the big hitters of the family SUV class?...

Don’t think this is just a review of a new grille and some funky lights. Because while you aren't looking at an all-new car, rather a second revision of one that was introduced way back in 2010, the Mitsubishi ASX has still received a major upgrade for 2019.

All of the bodywork forward of the windscreen has been replaced, plus you now get full LED lights front and rear, a redesigned rear bumper, fresh 18in alloy wheels, a couple of new paint colours and a larger touchscreen infotainment system with smartphone integration.

However, the biggest news of all is under the bonnet. Out goes the old 1.6-litre petrol engine, having been replaced by the 2.0-litre found in the bigger Mitsubishi Outlander. This can be paired with either a five-speed manual gearbox and front-wheel drive or a CVT automatic and four-wheel drive (only on top-spec Dynamic trim). Indeed, it's the first time you’ve been able to get four driven wheels in a new ASX for a while.

Of course, a lot of new metal has been launched not just since the ASX was introduced but in the four years since its first facelift. In fact, the family SUV class has exploded, with the likes of the Seat Ateca, Skoda Karoq and refreshed Nissan Qashqai all vying for mainstream glory. So, does Mitsubishi's effort deserve a place on your shortlist? 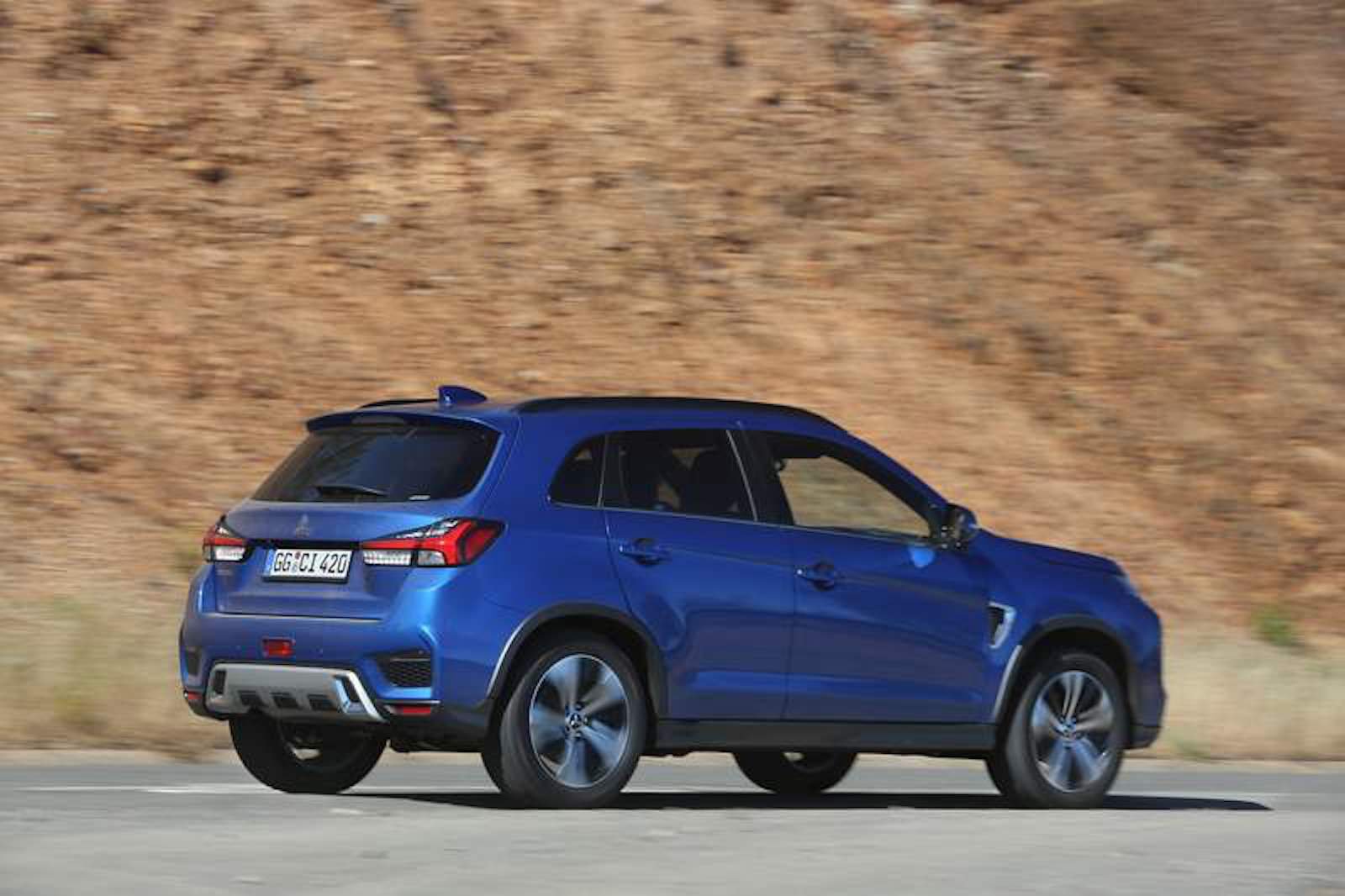 2019 Mitsubishi ASX on the road

The new naturally aspirated engine sounds rather promising. Power is up from 113bhp in the old 1.6-litre to a much more healthy 148bhp in the 2.0-litre. Not only does that make the ASX considerably faster, but it also adds an extra 100kg of towing capacity, raising the total to 1300kg.

If you’re hoping for easily accessible performance, though, you may be disappointed. Yes, the engine is able to pull the ASX along at 1500rpm easily enough, but you need to get it spinning past 4000rpm if you want to overtake safely or blast up to speed on a short motorway sliproad. This reveals an intrusively coarse engine note that will soon have you backing off the accelerator pedal in sympathy. The smaller turbocharged engines in rivals feel far more muscular.

Not helping matters are the ASX's gearboxes. The five-speed manual is the pick of the two, although that’s partially because it will save you a big chunk of cash. It does also shave a couple of seconds off the acceleration times compared with the automatic, making the car feel reasonably sprightly on the road. But it’s far from perfect, due to a long and somewhat awkward shift action, a heavy clutch with a vague biting point and gearing so long that second is good for well over 60mph. 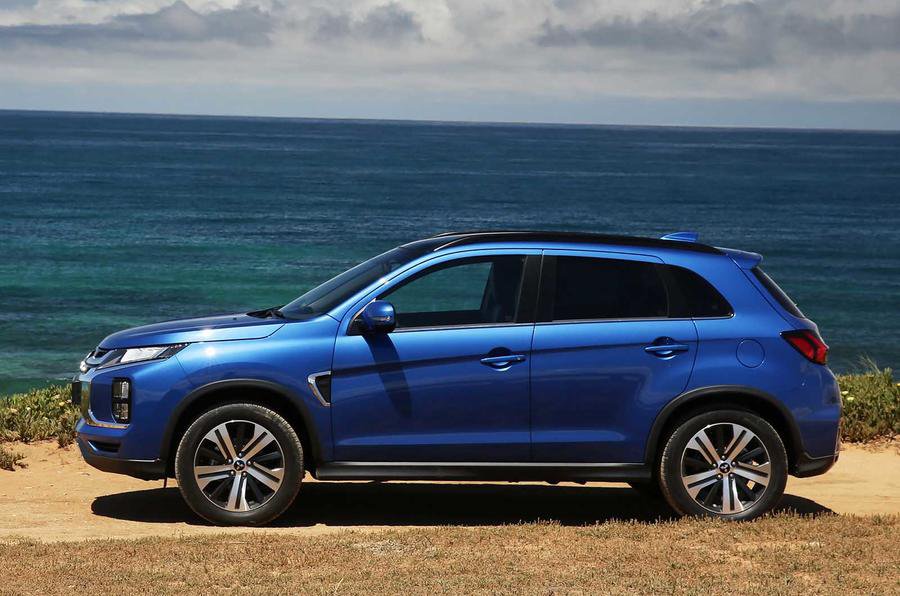 As for the auto (the only option if you want four-wheel drive), it’s from the bad old days of CVTs. It doesn’t like to accelerate from a standstill without having a good think about it first, it sends engine revs soaring noisily with even a small squeeze of your right foot and it makes the car feel much, much slower.

So, what about the ride and handling? Mitsubishi says the ASX’s comfort is a big selling point, and at first that seems to ring true. But while it traverses gently rolling roads with a pleasing waft, throw a few sharp shocks into the mix and it all falls apart. Not only do you hear a loud thump from the suspension, but it also reverberates through the car and jostles you around in your seat. If you’re unfortunate enough to hit a series of potholes, things become quite uncontrolled and uncomfortable.

Unsurprisingly, then, the ASX doesn’t handle particularly well, either. It feels unwilling to change direction in a hurry due in part to an awful lot of body lean, plus it washes wide at the front through corners earlier than rivals such as the Ateca and Karoq. Throw vague steering into the mix and you have a family SUV that feels seriously off the pace by today's standards. 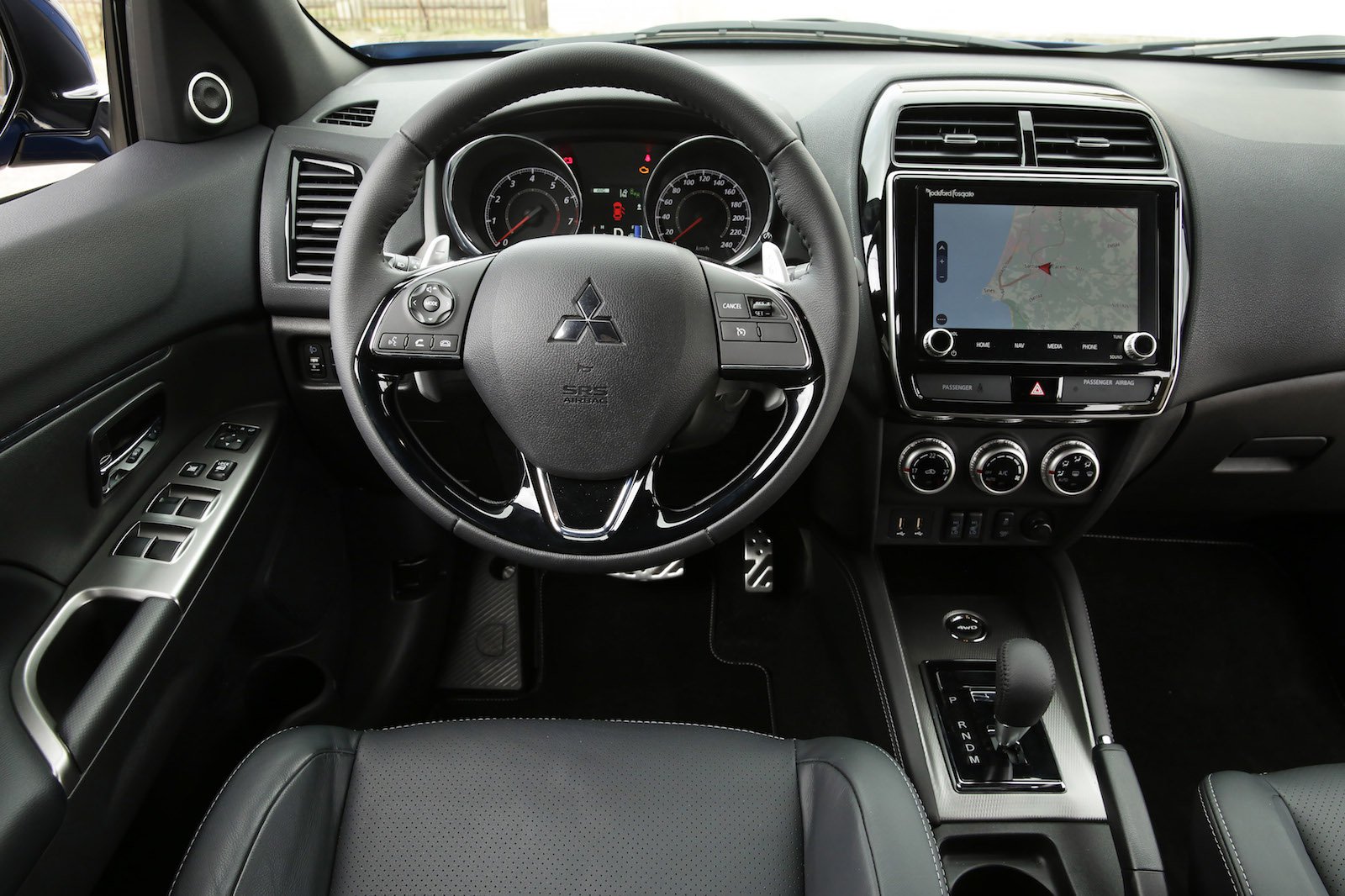 Although we could go into detail about the new rooflining and cloth and leather seat trims or the piano black and silver accents, the key change inside the ASX is the introduction of an 8.0in touchscreen infotainment system. Up an inch over its predecessor, it gets a DAB radio, Bluetooth, Apple CarPlay and Android Auto as standard, while range-topping Dynamic spec adds sat-nav to that list.

It isn't the most graphically impressive system out there, but we like its simple menus and physical volume knob. Press one of the large icons or pinch to zoom into a sat-nav map and you’ll encounter virtually no lag, either.

Let your fingers walk elsewhere and they'll find plenty of soft plastic on the top of the dashboard and on the front doors. However, the central armrest flexes from side to side far too easily when you put even a small amount of weight on it and there are plenty of scratchy plastics lower down.

As for space and practicality, that’s unchanged. We’d therefore continue to avoid the panoramic roof that eats into rear head room, because a six-footer will find their hair very close to the ceiling even without it. Rear leg room is more impressive, though. You can find out more in our full 16-point review.