More for you |
Every Mercedes EQ electric car previewedAudi A3 Sportback long term test reviewMost efficient hybrid cars you can buyJaguar E-Pace vs Jaguar F-Pace: which is best?It it right for dealer to keep a used car's registration document for months?
Home
News
Car makers struck by lightening
news 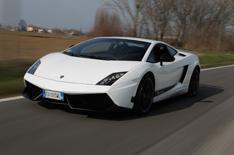 The next time you go to buy a new car, it might be an idea to ask whats not in it rather than what is. The last thing you want is unnecessary weight. Weight is the enemy of performance and agility, and ultimately will cost you money in wasted fuel. At more than 6 a gallon, thats not good.

Three years ago Mazda managed to shed 100kg from the 2, its smallest UK car, and has since carried the weight-loss programme through to other models. Audi has lopped up to 80kg off the latest A6 executive saloon, despite loading on more equipment. Even supercar manufacturers are at it: Lamborghinis next V12 model, the Aventador, will be 90kg lighter than the Murcielago it replaces.

Ninety kilos is the weight of 40 bags of sugar. Imagine taking that out of your shopping trolley as you trundle around the supermarket at the weekend. It would make the trolley easier to push and easier to turn from one aisle to the next.

Mazda has managed to make its weight savings with relatively low-cost steel-bodied cars, but Audi and Lamborghini, as technological leaders of the Volkswagen Group, are heading down more exotic paths.

Audi will advance on the aluminium spaceframes (skeletons) it uses for the A8, R8 and TT ranges, while Lamborghinis focus is on carbonfibre.

Audi has pledged to make every new model lighter than the one it replaces, and has already stuck its neck out by saying that the next Q7 4x4 will weigh around 400kg less than todays car.

We want to set new standards for light weight in volume production, Audi says. This will involve creating new vehicle architectures using new materials Audi is already well advanced with a new structure for the next A4 and related cars. In some cases, the company admits, this might mean joining materials that dont want to be joined.

Carbonfibre and aluminium
For instance, theres a TTS coupe running on a test-bed with a carbonfibre bonnet and doors thats 100kg lighter than the regular production model. Theres also an A5 quattro concept car based on the RS5, but made of aluminium rather than steel, featuring a carbonfibre bonnet and bootlid, and powered by a 402bhp five-cylinder engine instead of a V8 that comes in at just 1400kg. Thats a saving of 300kg.

Every single component Audi fits to its cars is coming in for scrutiny to see if it can be made lighter, while multi-material spaceframes that require new joining techniques are under development.

For Lamborghini, the future is carbonfibre-reinforced plastic (CFRP): the Aventador will be built around a tub made entirely from this. Carbonfibre in car construction has been around for 30 years, since John Barnard introduced it to Formula One McLarens in the 1980s, so its perhaps appropriate that the new McLaren road car is made of the same material.

Lamborghini has been dabbling with carbonfibre trim and body sections since the early 80s, but this is the first time it has built an entire passenger cell from it. The big difference here, Lamborghini says, is that it has developed new manufacturing techniques that speed up the production processes and reduce cost. Lamborghini claims its techniques will set a benchmark in CFRP production for the next 10 years.

The company has now dropped out of the battle to attain ever-faster top speeds and is instead focusing its weight-reduction efforts on better power-to-weight figures, quicker acceleration and greater agility things more owners will be able to use more of the time. There are side benefits in terms of handling stiffness and crashworthiness, and this in turn allows softer suspension for a more compliant ride, without compromising cornering stability.

So, the next time you see a supercar, maybe the question you should ask is not whatll she do? but how heavy is she?.