The Citroën Berlingo is one of our favourite people carriers, with space and practicality almost beyond measure. But what's it like in daily life? Time to find out...

Why it’s here We know the Berlingo is a practical choice, but can it also show a wealth of other talents for a young family?

Needs to Be comfortable and efficient, function as a mobile office and have plenty of space for camera kit and the family

I know that having an MPV on the driveway isn’t going to impress the Joneses at number 34 these days, but I’m going to stick my neck out and say that if most SUV drivers spent a week with my Berlingo, they’d be amazed at how much easier it made their lives.

You still get those benefits (both real and perceived) that come with an elevated driving position, along with so much more practicality. Sliding rear doors, for example, make loading the average 2.4 children (or my son Callum) a doddle, not only because they require a lot less space but because they reveal wide, rectangular openings.

Then there’s the acres of storage, thanks to roof lockers that keep the interior free of clutter. When I was recently ferrying a large SUV to a photo shoot, I was struck that without all of the cubbies that the Berlingo gives you, I ended up with cleaning kit, maps, jackets and umbrellas strewn around the interior.

Callum is only 16 months old, but even if your children are older and taller, they’ll have loads of room to stretch out in comfort in the Berlingo, while glass roof panels flood the interior with light.

There’s also dimmable ambient lighting running around the edge of the central suspended shelf – a nice touch that, along with the splashes of orange and green, stops it feeling too van-like. 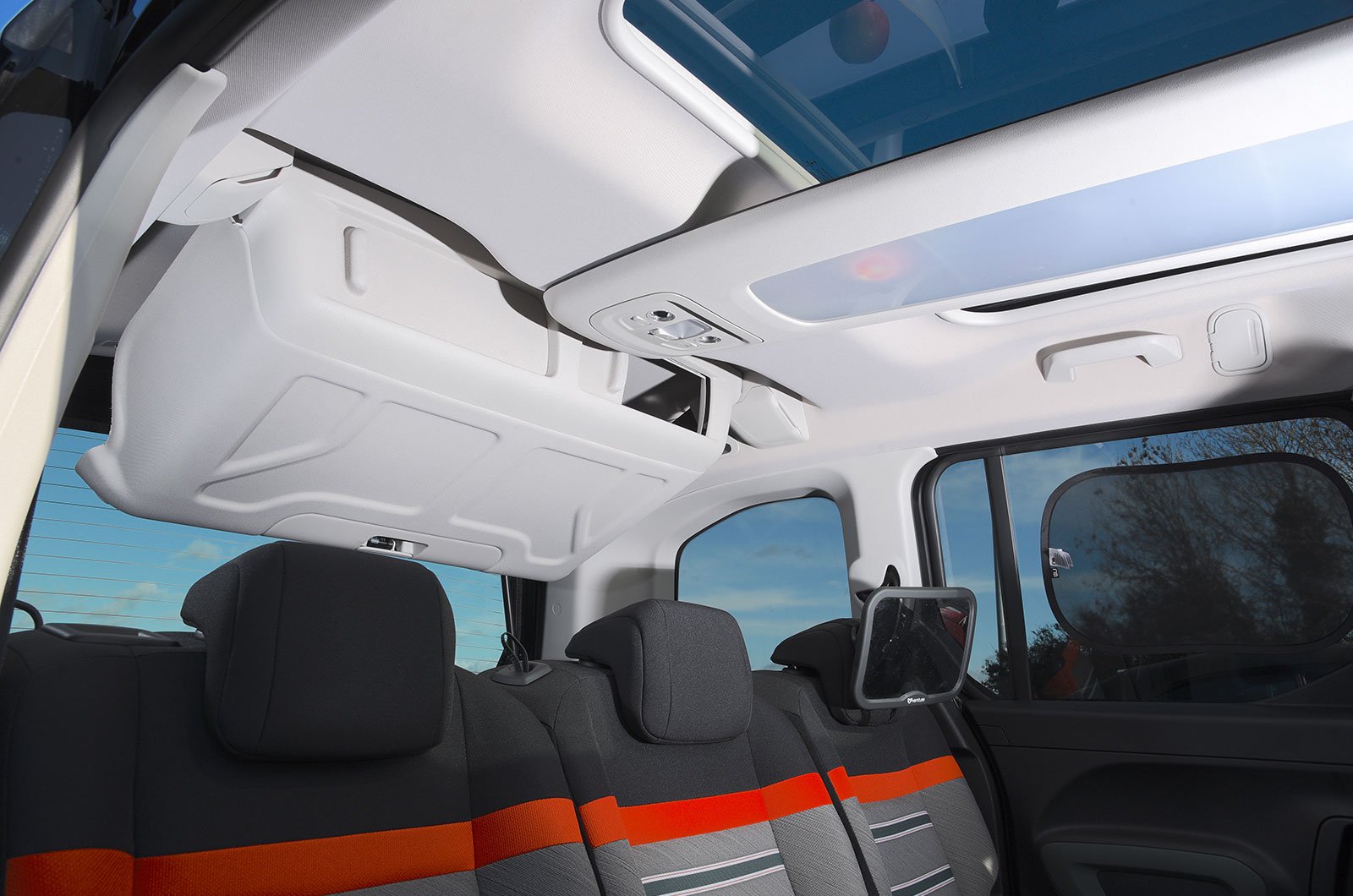 Flair XTR trim brings three individual rear seats, each with Isofix mountings. Later I’ll have to check whether the interior is actually wide enough to fit three child seats in one go – not that my partner and I plan on needing that capability just yet.

In fact, the only real gripe I have is that the tailgate doesn’t always close properly. It doesn’t seem to matter whether you shut it gently or give it a good heave. And the warning beep only flicks on when you’re actually driving away, rather than letting you know as soon as the ignition is switched on, so I often find myself pulling over to try to get the boot to latch properly almost immediately after getting under way.