Can the latest breed of hybrid SUV cope with a monster commute? Our senior photographer, who previously ran a diesel Honda CR-V, is finding out...

Why it’s here: To find out if the new breed of hybrid SUVs handle not-very-urban driving

Needs to: Be comfortable, smooth-riding and economical on a colossal commute, with plenty of space for photography equipment

Nostalgia can be a wonderful thing. Hell, I even remember having a bit of hair. But having run three Hondas during my 18 years as a What Car? photographer – starting with a Civic 1.6 SE, taking in an Accord Tourer 2.4 Type S and bookended by a 2012 CR-V 2.2 diesel – it's safe to say my current CR-V Hybrid has a lot to live up to.

Yes, the Accord Tourer developed a slight suspension squeak at one point that the dealer had to sort, but those three previous models were otherwise a bit like the proverbial Swiss watch, with real engineering integrity. And yet, so far, I'd have to say the hybrid is the best of the lot in most areas.

One of the ways in which the old CR-V slightly annoyed me, for example, was around town, because its steering was very slow, requiring a lot of arm twirling. However, this has been addressed, with the new model having just 2.34 turns between locks to ensure it's more responsive and relaxing to drive. 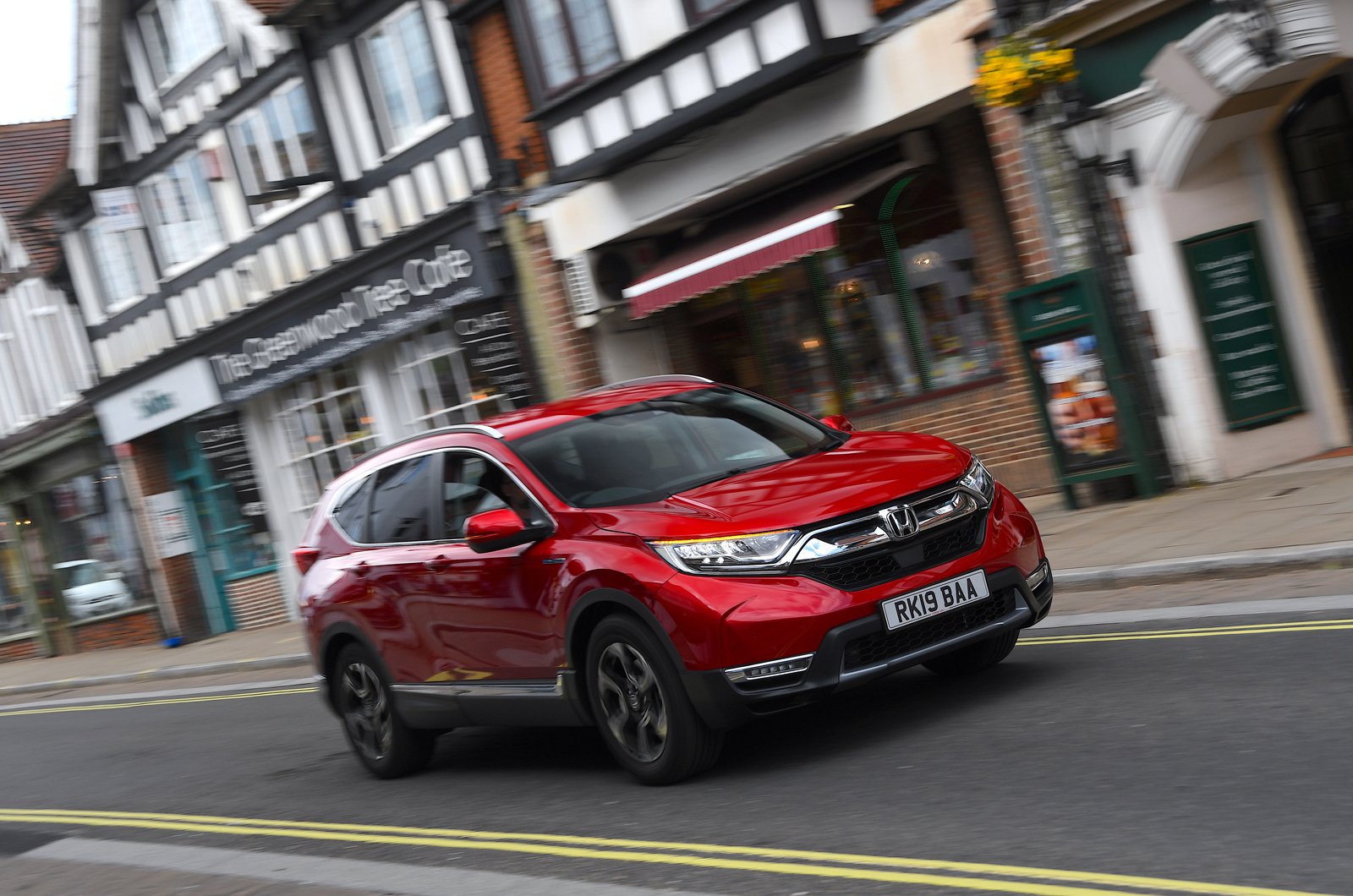 On a few recent dashes into London, I've found myself thinking that there are very few cars I'd rather have made the journey in, regardless of cost. The CR-V is just so quiet in such conditions, and its sense of calm is complemented by decent visibility and a fine-sounding stereo.

You can even travel reasonable distances without the petrol engine kicking in, so long as as the terrain is about as hilly as Norfolk.

We snappers tend to be pretty good at judging ride quality, because when you're hanging out of one moving car to take photographs of another, you've very aware of the camera's 'jiggle rate' (trademark pending). However, this is another area in which the new CR-V beats the old. 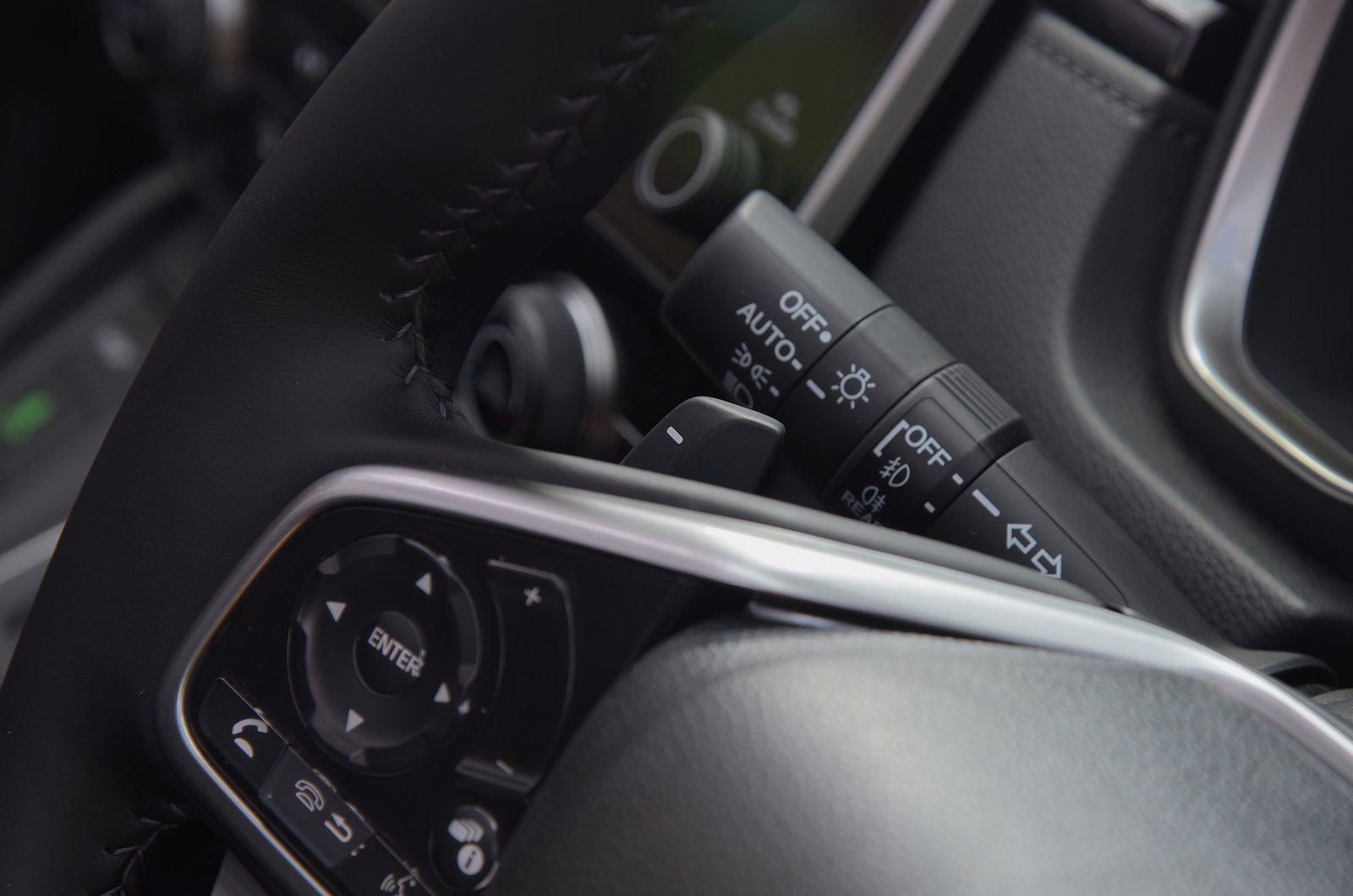 The ride is softer than before and the suspension is much better at isolating you from sharp imperfections, so if I were filling in a school report card, it would read 'has worked hard' – unlike my own, which tended to say 'could do better'.

True, I'm not a great lover of CVT automatic gearboxes, but the CR-V Hybrid's has to be one of the best I've tried, with the shift paddles mounted on the steering wheel giving you some measure of control.

Add in a load of practical touches retained from the old CR-V, including clever folding rear seats that can be single-handedly dropped by pulling a lever in the boot (no removing of headrests or lifting of seat bases required), and I suspect this is a car I'll remember fondly. 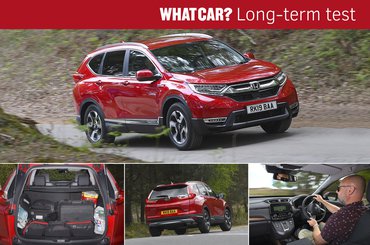 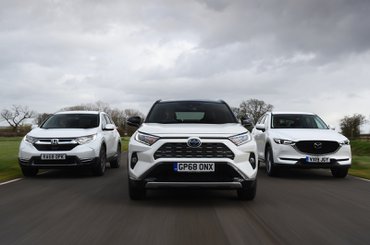 With admirable fuel economy and CO2 figures, Toyota’s new hybrid RAV4 promises to be one of the cheapest large SUVs to run. But should you choose it over frugal rivals from Honda and Mazda?