* Q50 concept is revealed at Detroit motor show * Eau Rouge hints at 'extreme performance' version * A production car could have around 500bhp... 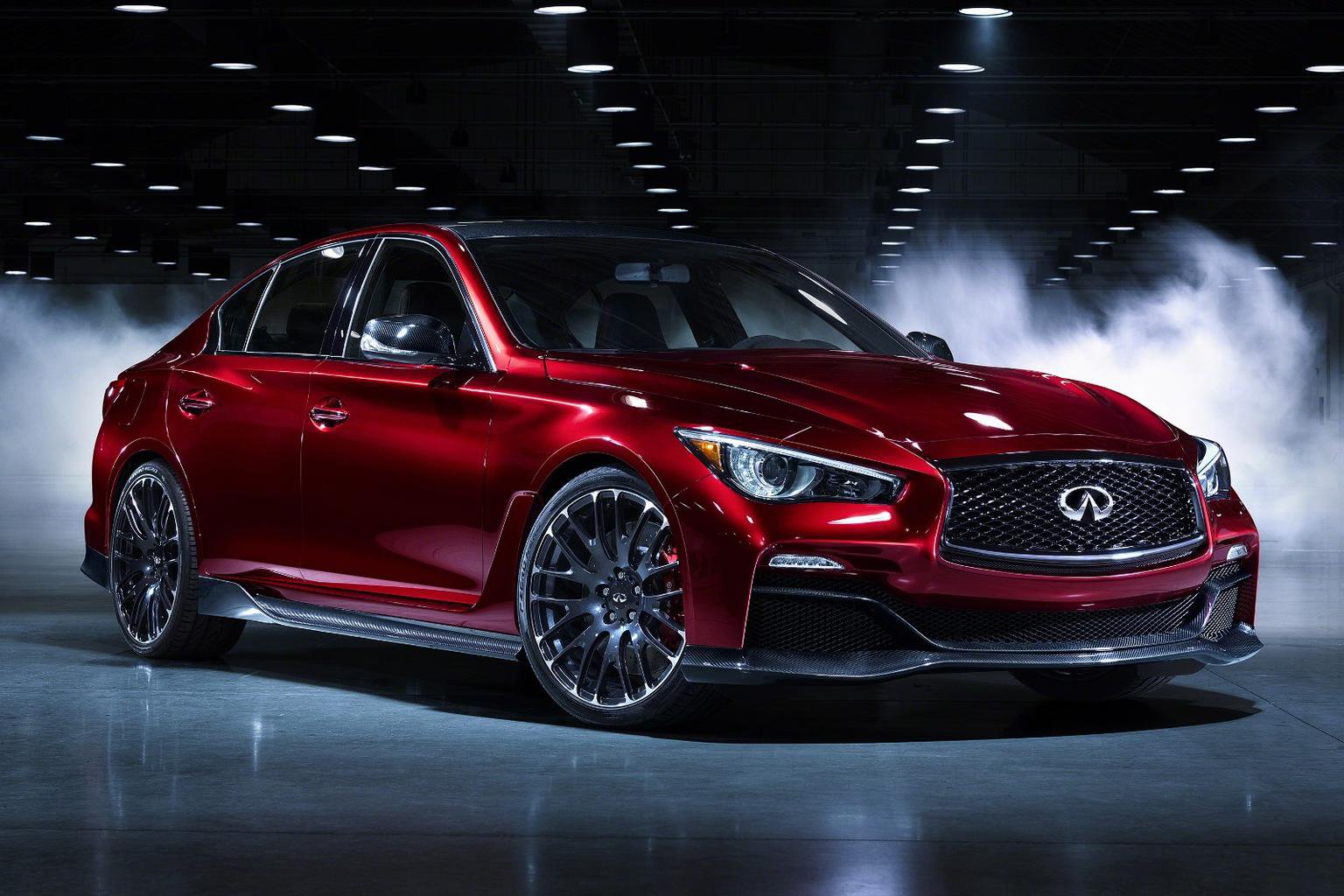 Infiniti says the concept is inspired by its Formula One partnership with Red Bull Racing, specifically in regard to the aerodynamics and detailing. While it is only a concept car at the moment, the company says that it 'hints at a future powerful product line'.

The Eau Rouge features a wide selection of visual enhancements over the standard Q50, with only the front doors and the windscreen and door pillars unchanged. The changes include new carbonfibre front and rear bumpers, a large rear spoiler and side skirts. The roof, door mirrors and the side skirts are all also made of carbonfibre.

The Eau Rouge is marginally lower and wider than the standard Q50. It's also fitted with bespoke 21-inch alloy wheels, as well as dual exhaust tailpipes.

Inside, it gets more carbonfibre on the central console and the doors, along with dark chrome details. It also gets a high-grip sports steering wheel and gearbox paddle-shifters.

Infiniti’s executive design director, Alfonso Albaisa, said that the ‘abundance of technologies’ in the Q50 ‘provides a great basis for an extreme performance version’.

The concept has not been created with a specific engine in mind, but the company is considering several options.

'If we built this car I would expect it to feature over 500hp and 600lb ft of torque,' said Johan de Nysschen, president of Infiniti.

'The engine we are evaluating for the Q50 Eau Rouge is a big personality, V-cylinder engine with forced induction.'

Infiniti’s last high-performance car was the FX Vettel Edition, a £100,000 420bhp V8 SUV, which was named after, and co-developed by, the F1 racing driver Sebastian Vettel, who is now Infiniti’s director of performance.