Korean car convert and What Car? photographer Will Williams needs something that's spacious, economical and comfortable for long trips. Will a Kia Optima estate fit the bill?...

A week-long trip to Cornwall gave me the chance to test the Kia’s touring abilities. The Hyundai Ioniq that's also on our fleet has a fine boot, but it's still essentially a family hatchback sized-car. The Optima Sportswagon is a different kettle of fish. It’s a proper estate and that meant I could be a bit more adventurous with my holiday itinerary.

Packing for the trip, I managed to squeeze two bikes into the back – after taking off the saddles and front wheels on both. There are levers in the boot to flatten rear seats and they go pretty much as flat as a pancake. But the roofline slopes towards the back because of the shape of the car; so it’s not quite like any of the old square Volvo estates, which could fit everything and the kitchen sink in. Having said that, the Kia still managed to get a week’s luggage for two people in, along with the two bikes. Plus, it doesn’t have a boot lip, so sliding heavy stuff into the back is easy. 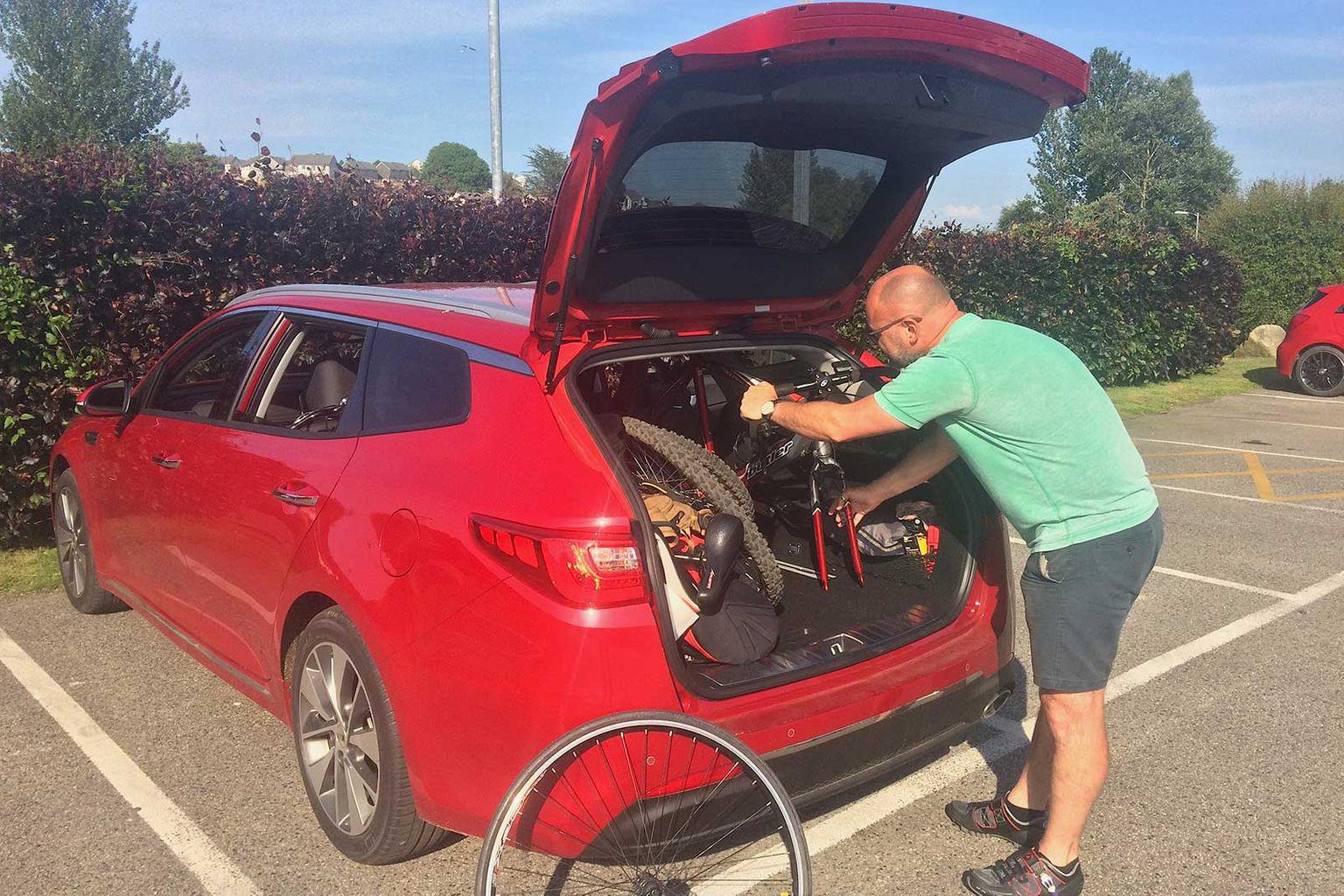 When we got down to Cornwall, the gearbox did struggle with some of the Cornish hills. On steep ascents, the downshifts weren’t subtle and it was keen to drop too many gears lower; going down a hill, it was often stuck in a lower gear again. I mostly resorted to using the paddles to shift manually for those tricky hill routes.

But, generally, it was a great holiday wagon. It’s a big thing, but there’s front and rear parking sensors and a reversing camera as standard, so it was a doddle moving it into tight Cornish parking spaces and generally it proved to be comfortable and ideal space-wise for what we needed on the trip. The upgraded Harman Kardon stereo was great on the long journeys as well, being punchy and clear. Likewise, having Apple CarPlay was useful, especially for choosing songs on Spotify.