More for you |
How to spec a Peugeot 5008Can I get scrappage and Target Price discounts?Most and least reliable family SUVsThe most reliable family cars on sale - and the least2020 Toyota Hilux revealed: price, specs and release date
Home
News
Mini boost could create jobs
news 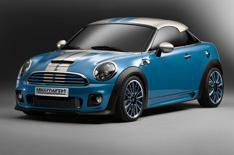 Reports that up to 1000 new jobs could be created at the Mini factory in Cowely, Oxfordshire have been played down by BMW.

BMW spokeswoman Angela Stangroom said that while BMW had confirmed both new Minis would be produced at Oxford, the number of jobs to be created was mere speculation.

'This suggestion of thousands of jobs is not coming from us, it's just a little premature', she said.

Currently, 4000 workers are employed at the Mini factory in Cowley, Oxfordshire, where they build three versions of the current car.

Earlier this year, 850 jobs were cut at the site, but a surge in global demand for small cars, along with the UK's scrappage scheme, has resulted in many of the redundant workers being re-employed in addition to the extra posts that are expected to be announced.

'British drivers have had a long love affair with the Mini and I'm sure that this will continue for many years to come.'

The two new models that are to be built at the factory, one of which will be the Coupe (pictured), will be unveiled at the Frankfurt motor show on September 15.

It's expected that production of the two new models will not start for another year.