Fresh looks and a new infotainment system mark out the facelifted A4 Avant.

Based on our Executive Car of the Year, this new Touring has the credentials to excel.

The V60 is a previous group test winner, but how does this SUV-inspired version stack up?

If you’re after a plush family holdall with the all-weather traction advantages of four-wheel drive, you’ve been spoilt for choice over the years. Audi was arguably the brand that first popularised the concept with its quattro system, but BMW has been offering xDrive four-wheel-drive models for many a year. And let’s not forget that Volvo has had a Cross Country estate of some description with all four wheels driven since the 1990s.

All three manufacturers are still at it, so to find out which posh yet compact four-wheel-drive wagon is best, we’ve lined up three of the latest, all with about 190bhp from their 2.0-litre diesel engines and an automatic gearbox.

Freshest of the lot is the brand new BMW 3 Series Touring, which is based on our 2019 Executive Car of the Year, the BMW 3 Series saloon. It promises the same sharp handling and classy interior, along with a more practical boot. We’re testing it in popular M Sport trim.

Fierce competition comes from the Audi A4 Avant, which was given a hefty update recently. Not only does it look a bit different on the outside, but there are also new gadgets inside, including a refreshed infotainment system. We’ve got a sporty S line model – Audi’s answer to M Sport.

As for our final contender, that’s one of our favourites in this class: the Volvo V60. However, the only way to get it with four-wheel drive and a diesel engine is to opt for the Cross Country version, which brings greater ground clearance and SUV styling cues such as plastic wheel arch extensions. 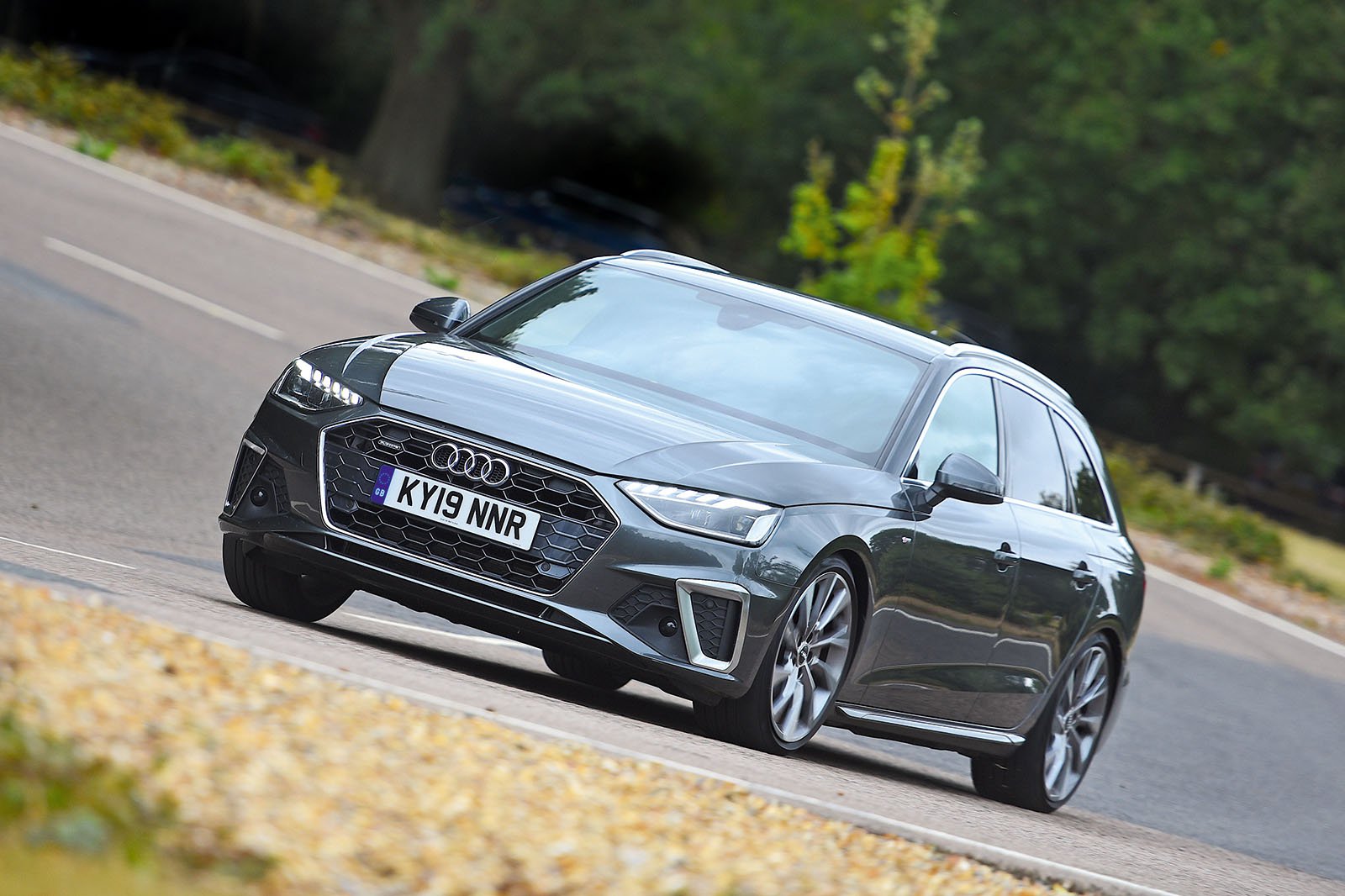 With our trio being so mechanically similar, it’s no surprise to find that there’s not a great deal to separate them in terms of outright acceleration. However, regardless of whether you’re blasting away from a standstill or trying to build speed swiftly on the move, the 3 Series is slightly ahead of the A4, which in turn has the edge over the V60. That’s despite our V60 being fitted with a Polestar Performance software upgrade (£745), which boosts mid-range muscle and the responsiveness of the accelerator and gearbox.

What happens before the cars surge forward is rather more disparate. Although the 3 Series hesitates for a moment when you put your foot down, its gearbox is much quicker to shift down than the A4’s and V60’s. The A4 also has the most sluggish engine stop-start system, which can be a pain in town. But like the 3 Series, it has handy gearshift paddles behind the steering wheel, whereas the V60 only lets you change gear manually by nudging the gear selector back or forth, and even then its gearshifts aren’t as crisp as those of its rivals.

Each car has a distinct character in corners, too. The A4 may not be all that exciting on a sinewy stretch of B-road, but it inspires confidence even if the road is wetter than an otter’s pocket. Grip levels are exceedingly high and spread evenly front to rear, plus there’s minimal body lean and the steering is quick enough to make the car feel agile, even though you don’t get much feedback. 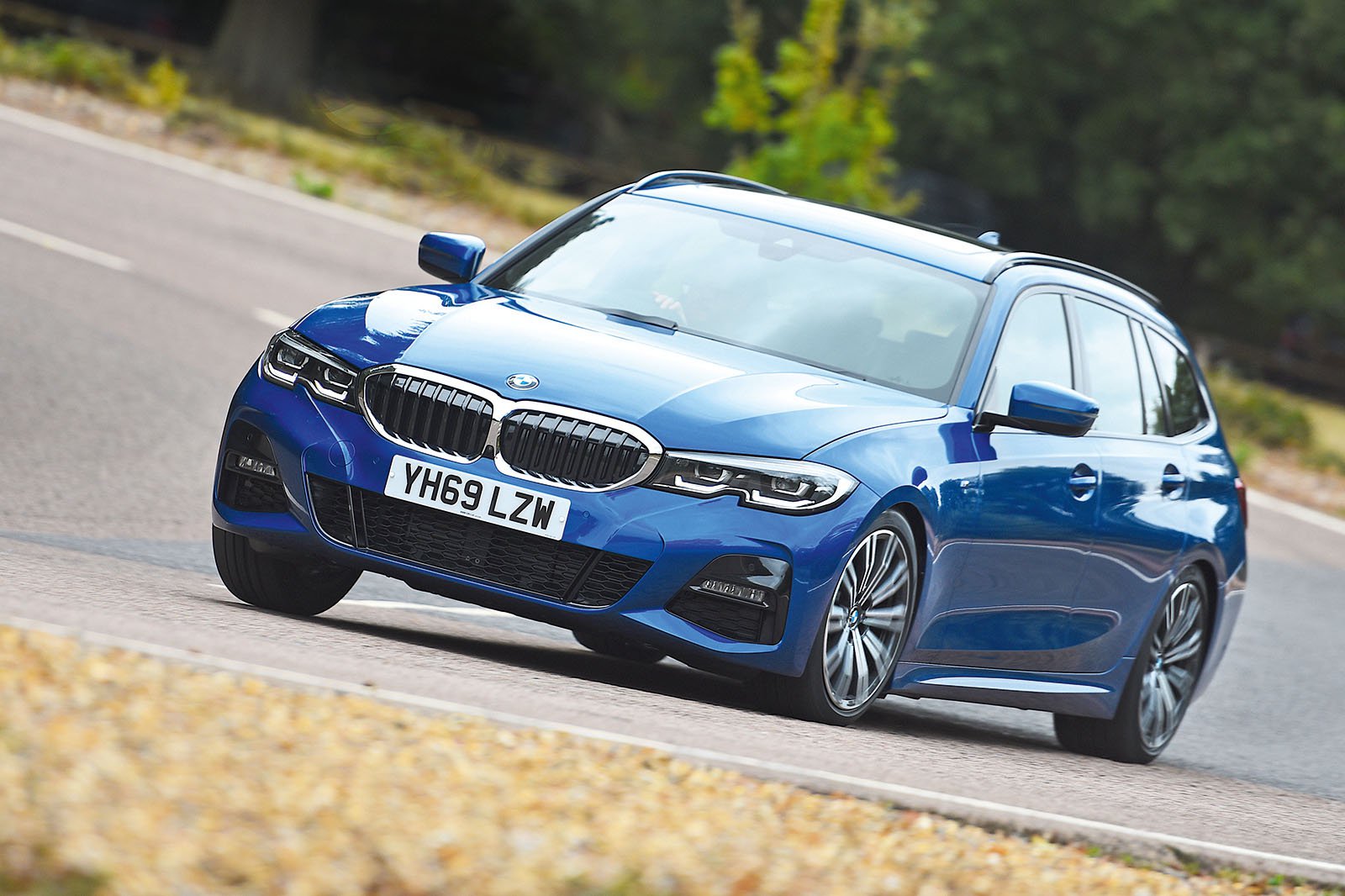 Should you want more involvement, the 3 Series delivers. Its steering far better connects you to the front tyres and responds even faster than the A4’s, making twists and turns a joy. The 3 Series is a little quicker to slip wide at the front if you enter a bend too enthusiastically, but there’s even less body lean.

Both the 3 Series and A4 feel happier to be hustled than the softly suspended V60, which grips well enough but sways around the most and feels the least composed through fast direction changes, while its steering isn’t as precise.

It isn’t like the V60 compensates by being the most comfortable, either. Despite its raised ride height and extra suspension travel, it feels rather unsettled on bumpy roads, while motorway expansion joints can be heard and felt as an intrusive thud. In our experience, a regular V60 on smaller wheels has a more comfortable ride.

The A4 and 3 Series both feel significantly firmer at first. However, they actually deal with sharp bumps better, in addition to remaining much more controlled at all times. The 3 Series occasionally struggles with particularly poor surfaces, but overall it’s the most settled car here – although, like the V60, the A4 and 3 Series are at their most comfortable in cheaper trims with smaller wheels. 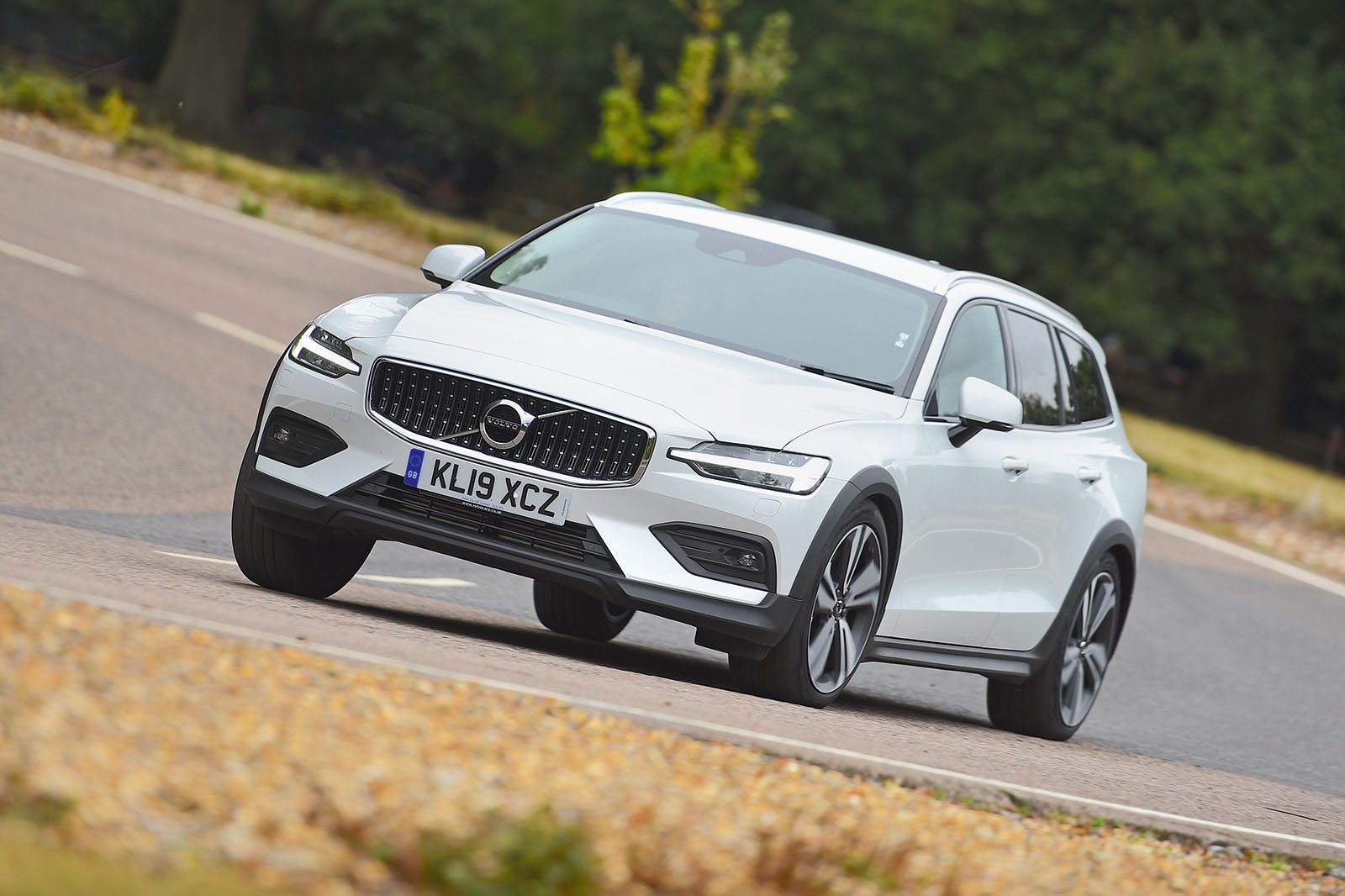 Changeable conditions during our testing meant we can’t directly compare the braking distances recorded for our contenders, but all three pulled up straight and true from 30mph and 70mph and instilled plenty of confidence. As for noise, the V60 is the rowdiest at all speeds and the 3 Series the quietest.

We didn’t exactly go mud-plugging in our contenders, but one of our photo locations did call for some mild off-road driving. None struggled for traction on hard-packed dirt, but the V60’s additional ground clearance came in handy when climbing up a small bank. We had to pick our line carefully in the other two to prevent them from burying their noses in the mud. 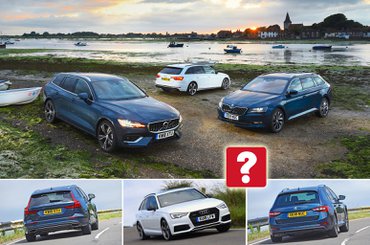