BMW has made a radical change for the new 1 Series, now sending power to its front wheels to help fix its major flaw: practicality. And yet we’re told this doesn’t make it any less sporty to driv...

Both of our cars were fitted with optional panoramic sunroofs that reduce head room, but the A200d ends up with the least in the front. Still, as long as you aren’t way over 6ft tall, you’ll be fine in both. You’ll have masses of leg room, too, but the 118d has an extra couple of centimetres of that as well. 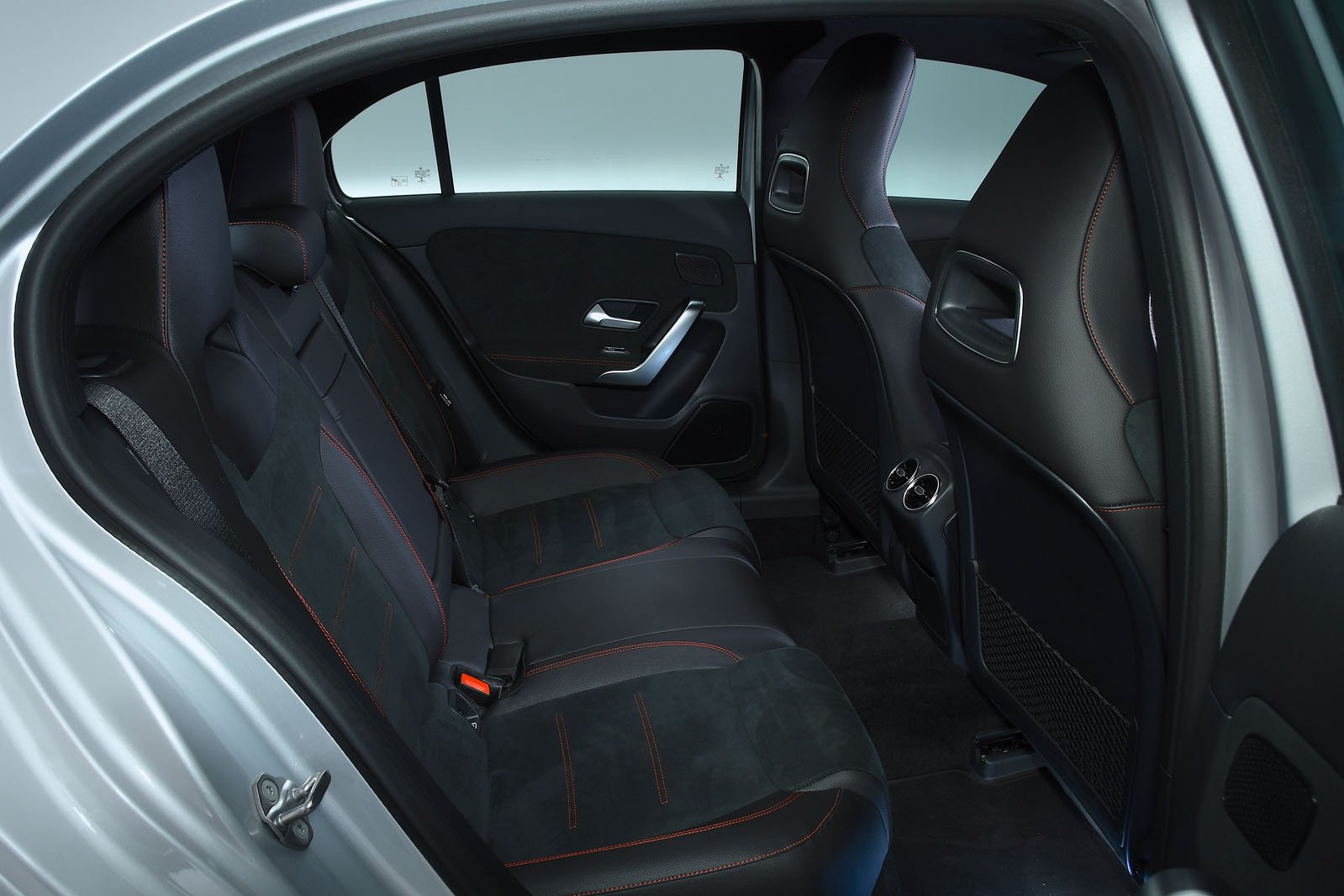 They’re not lacking storage space, either. Each has a place for cups in the centre console, for bottles in the decent-sized door bins and for anything you want hidden in the large glovebox or the cubby under the front armrest.

Strangely, for premium cars, neither offers rear passengers the luxury of a folding centre armrest; that’s a cost option on both. But the rear space in this new 1 Series is miles better than it was in the previous model, bringing it on par with the A-Class. There are  roomier family hatchbacks out there, but these two provide enough rear head and leg room for two tall people, with the A200d having a fraction more of the former and the 118d a smidge more of the latter. Seating three adults abreast is quite a squeeze, although the smaller hump running down the centre of the A200d’s floor makes life better for the person in the middle.

It’s easier to split the two on luggage space. The A200d’s boot is longer, allowing us to cram in six carry-on suitcases. The 118d’s boot manages just five – no better than the old 1 Series and fitting with the likes of the Ford Fiesta. On the plus side, it has a lower loading lip than the A200d and lots more storage under its boot floor. Thoughtfully, this floor can be clipped open, so you’re not propping it up with an elbow while loading or unloading. 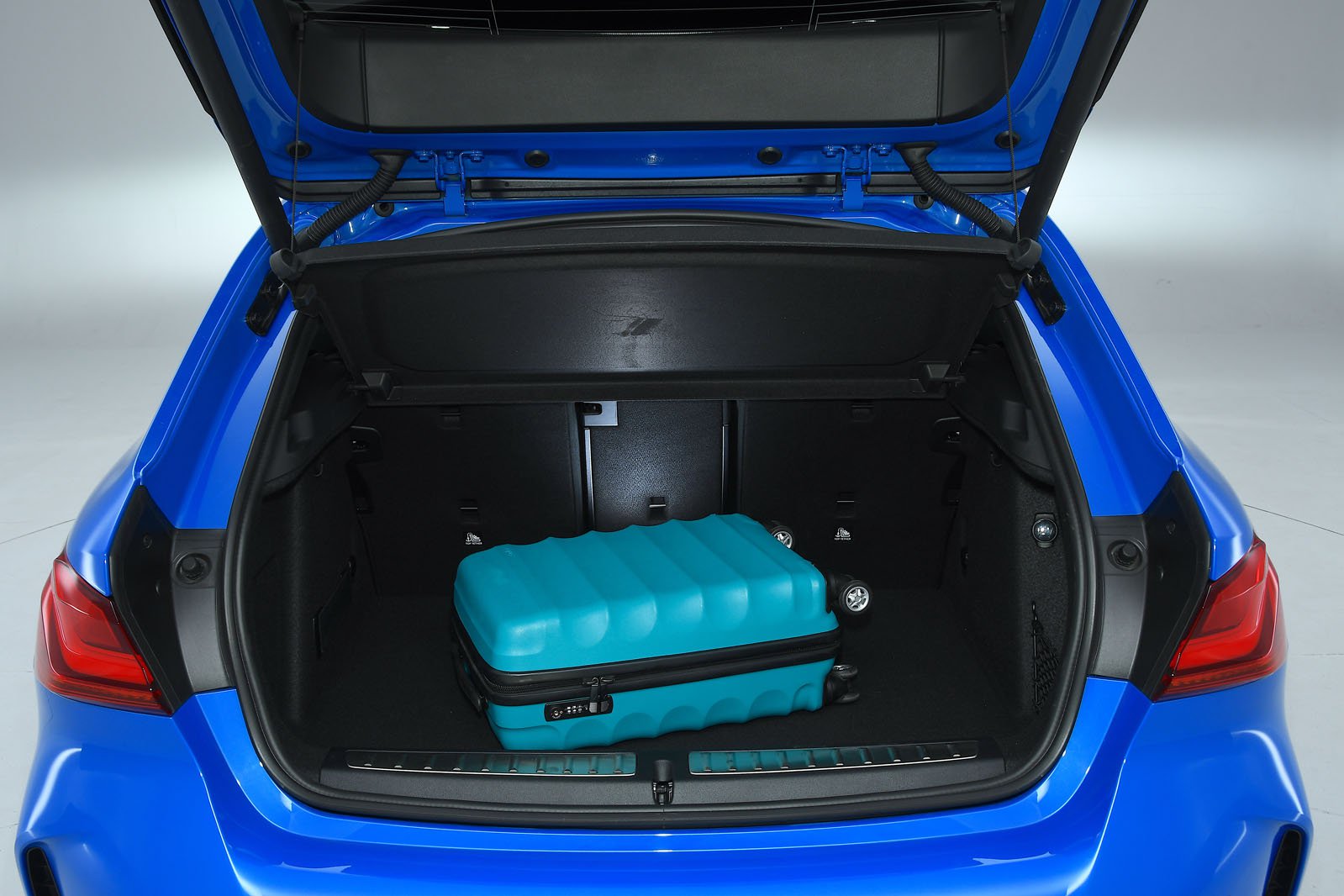 Front head room is reduced when an optional sunroof is fitted in both cars, but less so in the 118d. Even so, each offers enough space for four taller adults. The 118d’s main boot is smaller, but it has a large underfloor space. 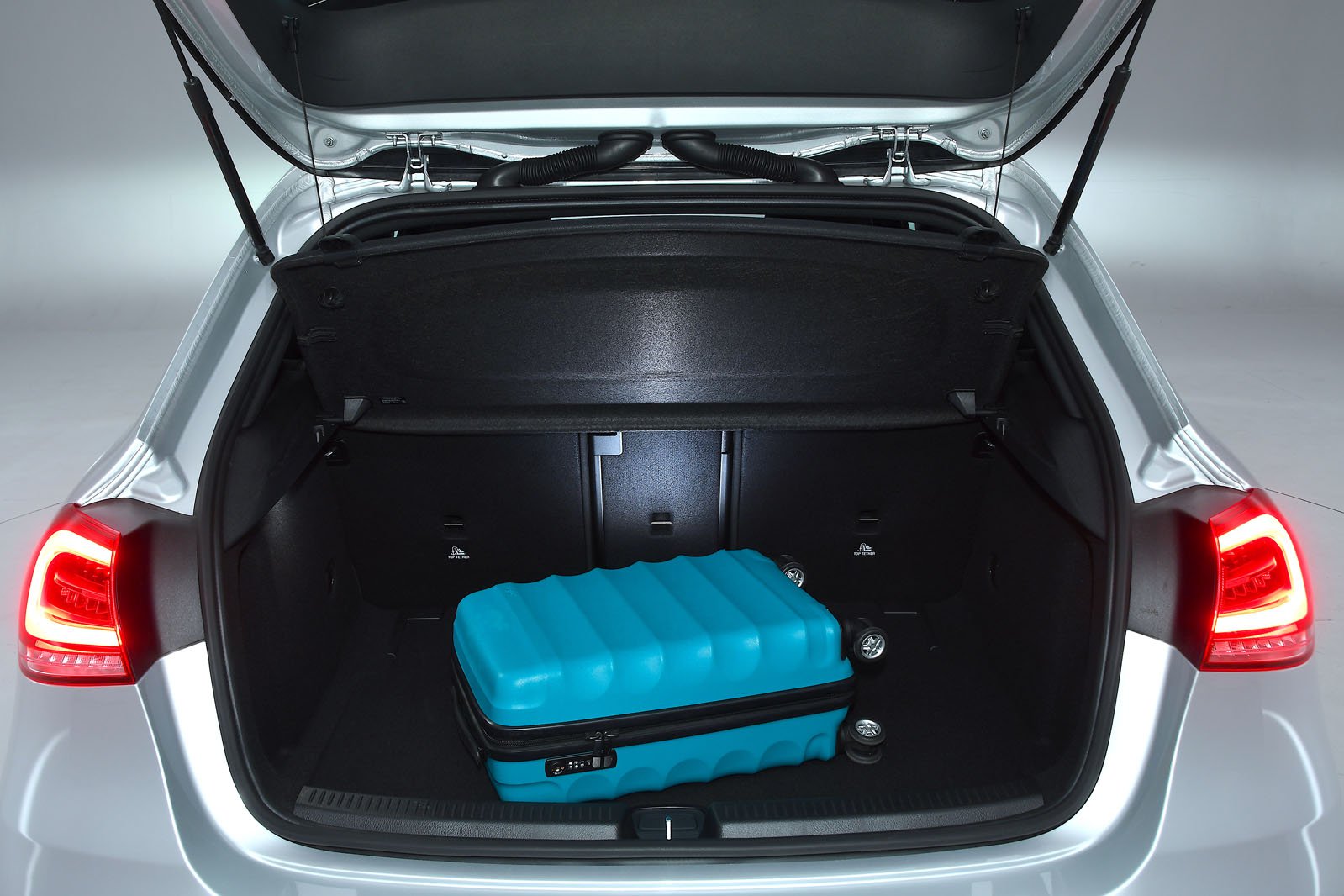 As with the 118d, there’s enough space in the front, but the A200d has a tad more rear head room and a smaller floor hump for the central passenger to straddle. Its boot is bigger, too, and its rear seats split 40/20/40 as standard.