The new BMW 5 Series is our 2017 car of the Year in 520d form, but how does the more powerful and expensive 530d version compare with Jaguar's brilliant XF?...

If you’re expecting your £50,000 investment to yield a classy interior to while away the hours in, think twice before choosing the Jaguar XF. Yes, its dashboard is mostly soft to the touch and there’s plenty of leather (on the seats, steering wheel and even parts of the dashboard), but nothing feels particularly plush or expensive. Some of the buttons, knobs and switches are actually surprisingly flimsy.

You won’t have any such gripes when you get behind the wheel of the BMW 5 Series. In fact, few cars in any price bracket have such well-appointed interiors; you’ll find top-quality materials everywhere you look or touch, and build quality that would shame a nuclear bunker. 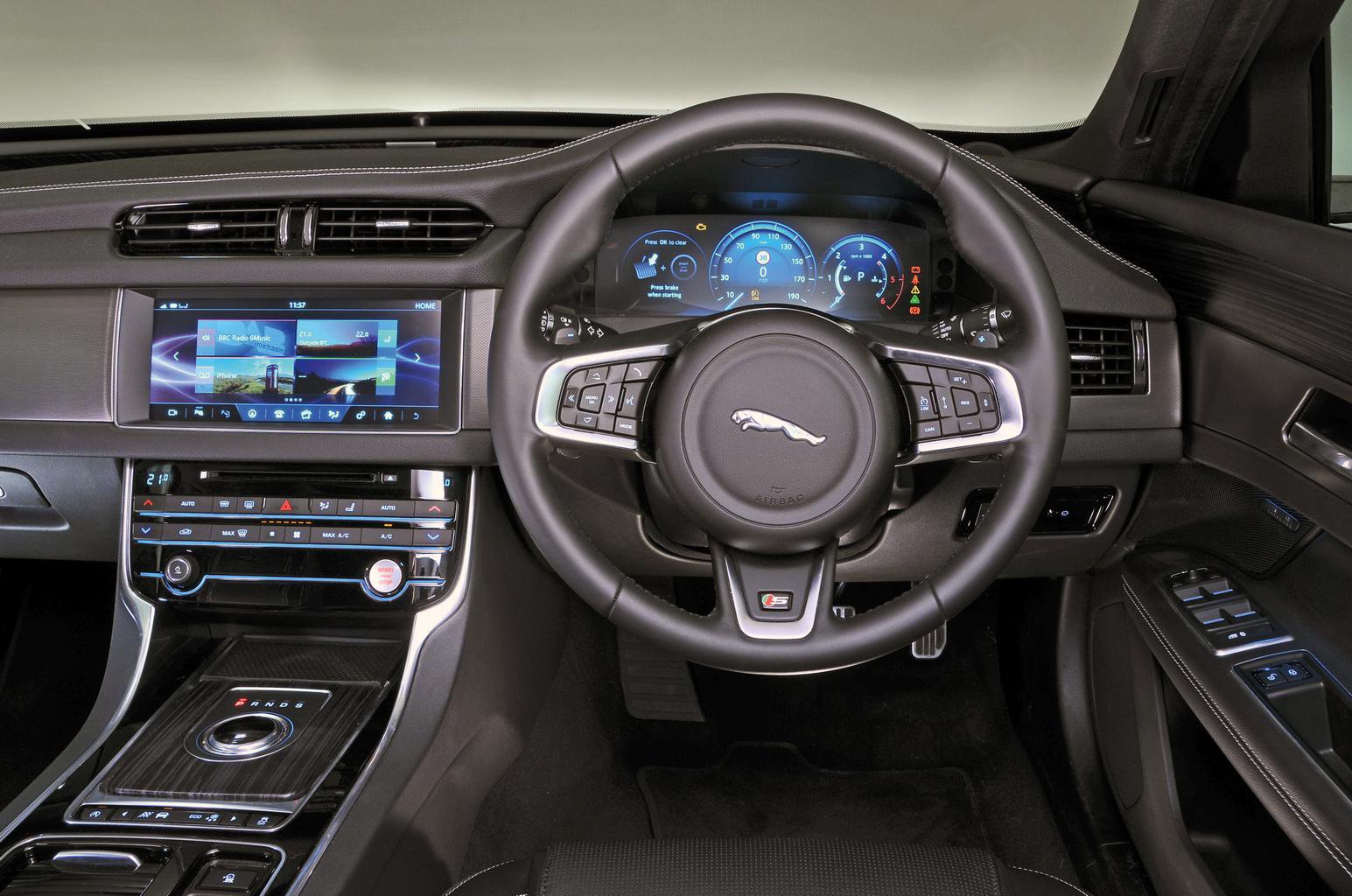 The 5 Series also has the better infotainment system. The 10.2in widescreen (pictured) is standard and you control it by twisting and pressing a large rotary dial between the front seats. The technique quickly becomes second nature, so it’s a doddle to make phonecalls via Bluetooth, tap a destination into the sat-nav or play music on your phone through the car’s stereo.

You might think the XF’s touchscreen interface would be even more intuitive, but imagine trying to use an iPad while driving and you’ll quickly realise why it isn’t. The fact the screen is relatively small (8.0in) doesn’t help, because it means some of the icons are fairly hard to hit; we’d advise upgrading to the quicker-responding, more sophisticated 10.2in Pro system (pictured) if you can, at £1225. 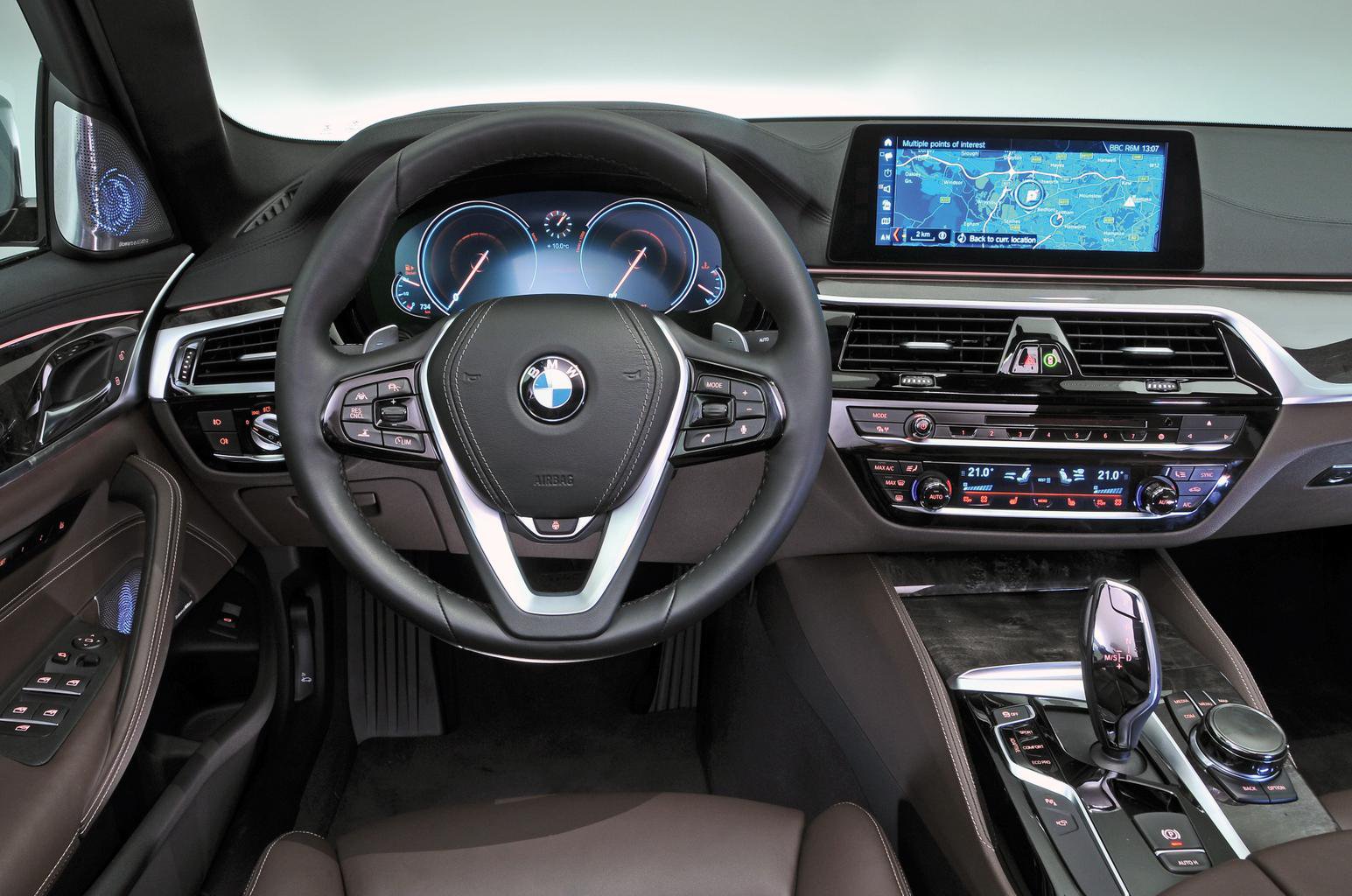 You won’t have any trouble finding a comfortable driving position in either of our contenders. The XF’s is lower and more like a sports car’s, with a high window line and a tall centre console fencing you off from your front passenger, whereas the 5 Series’ broader seats and airier driver environment is more like that of a traditional luxury limo. However, it’s a pity that BMW charges extra (£225) for adjustable lumbar support to keep your lower back properly supported on longer trips.

Both cars will carry four adults easily enough, although rear leg room is less generous in the 5 Series. Equally, rear head room could be better in the XF, and it’s the narrower car, so carrying three people in the back is more of a squeeze. There’s barely anything in it for outright boot space; the 5 Series’ load bay is taller and wider at its widest point, but not quite as long. BMW also charges extra (£335) for split-folding rear seats, while Jaguar fits them as standard.