These popular siblings from the Ford family each has a new outfit to show off. We put them head to head to see which wears it best...

When it comes to space, the Ford Focus has the obvious advantage of being a physically larger car, and that’s something you feel when you jump in the front. In fact, head and leg room are up there with what you get in the biggest models in the family car class (such as the Skoda Octavia), meaning that even six-footers will have plenty of space. The Ford Fiesta is far from terrible in this respect, with enough room for six-footers to fit without a struggle, but the higher seating position makes it feel a little tighter than the Focus, especially if the space-sapping glass roof is fitted.

The size difference becomes more noticeable for people sitting in the rear, with the Focus being comfortable for a pair of six-footers, even with equally tall people in the front. By contrast, those same friends will find knee and head room markedly tighter in the back of the Fiesta. The Focus’s extra width provides passengers with significantly more shoulder room, too. Combined with a broader middle seat and a smaller central hump in the floor, the Focus is much comfier when travelling five up. 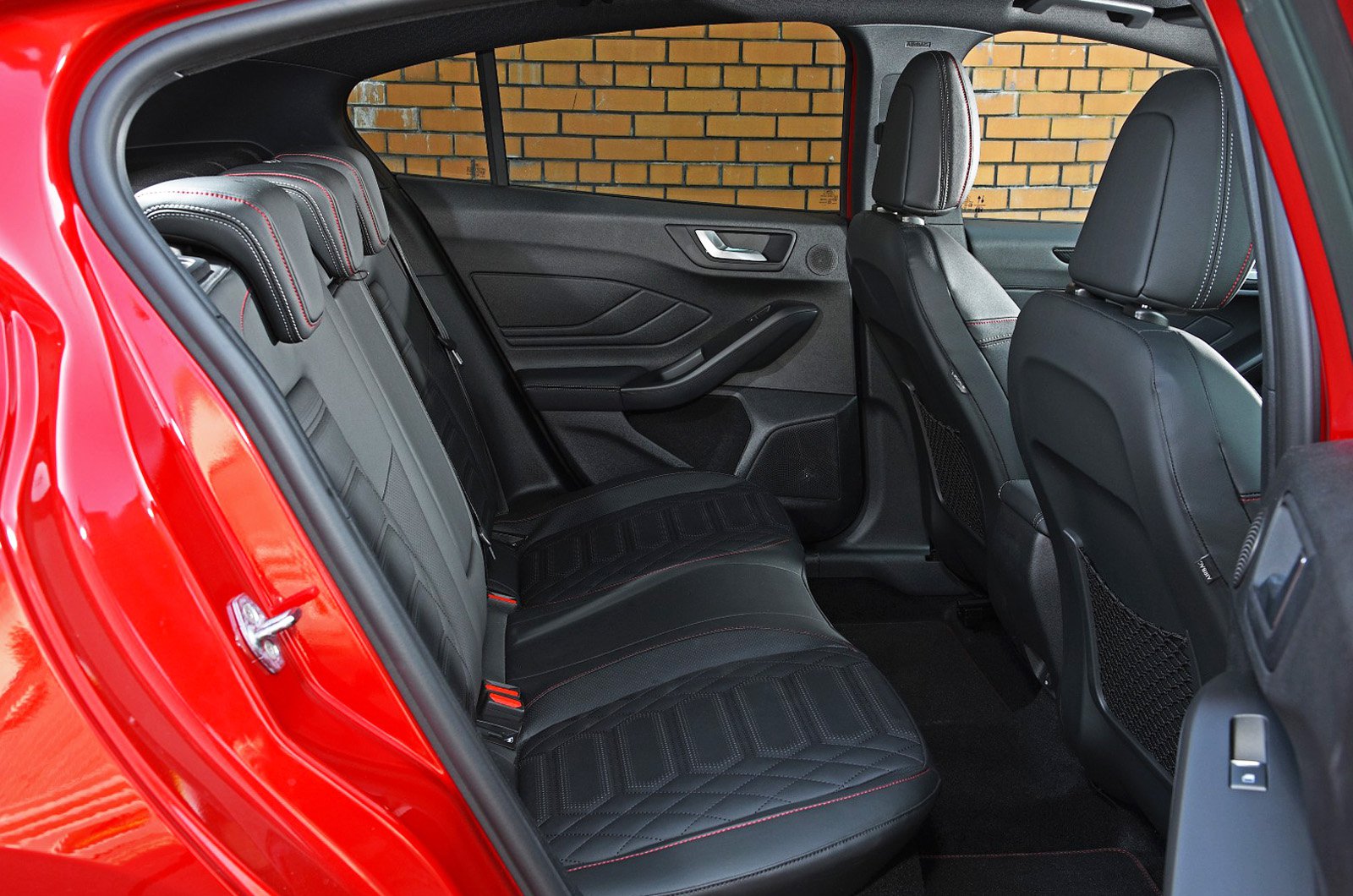 Neither of our contenders has rear seats that do anything particularly clever, like sliding forwards to increase boot space, but the Focus has a handy ski hatch behind the centre armrest. That gives you the option of slotting something long and thin through from the boot while still carrying two rear passengers. The rear seatbacks split 60/40 and fold down in both cars when you need some extra load space, but it’s a shame the Fiesta’s don’t lie completely flat, as the Focus’s do.

It’s not all bad news for the Fiesta, though. Its deep boot gives you comparable carrying capacity to that of the Focus, swallowing the same number of carry-on suitcases (five). It’s worth noting that other versions of the Focus have more space in the boot, to the tune of an extra carry-on case, because they don’t have to accommodate a subwoofer (part of the Bang & Olufsen sound system that’s standard on the ST-Line Vignale Focus). A B&O upgrade costs £425 on the Fiesta, but boot space isn’t affected. 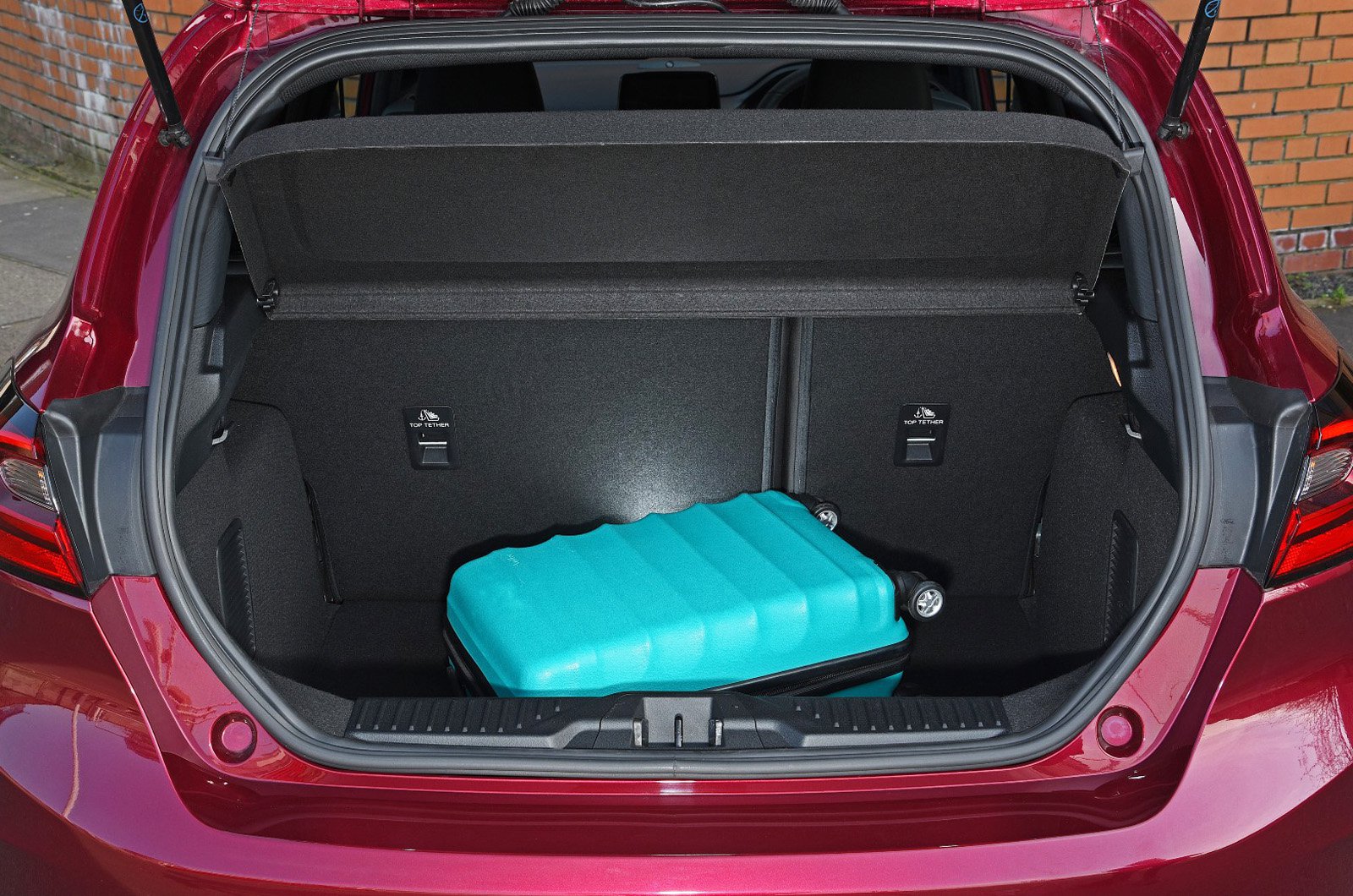 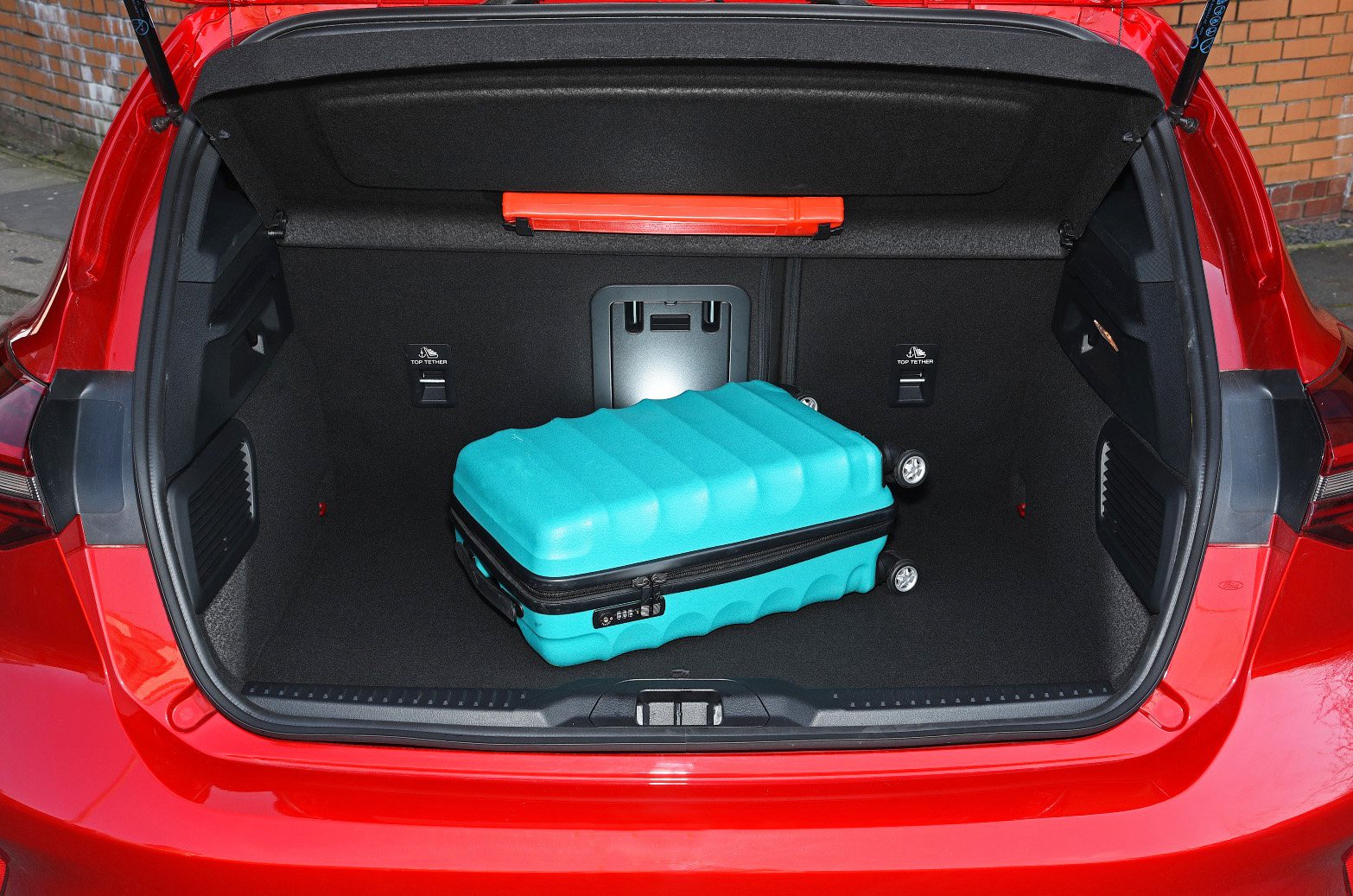