These popular siblings from the Ford family each has a new outfit to show off. We put them head to head to see which wears it best...

Take a pew behind the wheel of either car and you won’t find much to complain about. The seats are comfortable and offer four-way adjustment to help you easily find a good driving position. The difference is that the driver’s seat in the Ford Focus is manipulated electrically and has adjustable lumbar support (something you can’t have in the Ford Fiesta, even as an option). In addition, even with the Fiesta’s seat set as low as it will go, you sit far higher up than you do in the sportier-feeling Focus.

Despite that distinction, both have great forward visibility, so you’ll never struggle to see when you’re pulling out of a junction. Meanwhile, the Focus’s relatively large rear windows give you a good idea of what’s behind you, but over-the-shoulder visibility in the Fiesta is marred by the fact that the rear window line tapers up towards thick rear pillars. 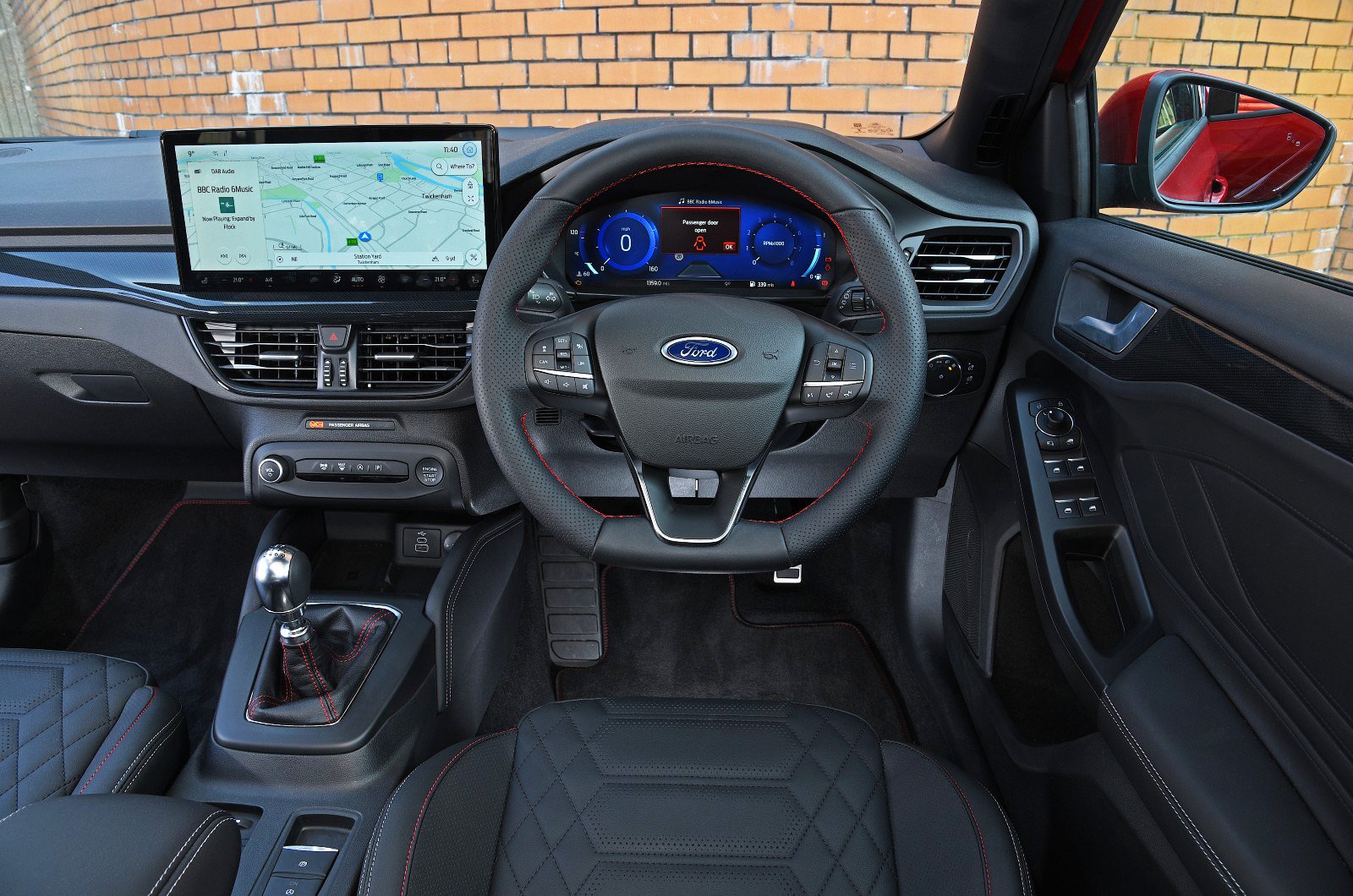 Nevertheless, parking is a doddle in both, because you get front and rear parking sensors as standard on the Focus and rear parking sensors and a rear-view camera on the Fiesta. If you want all of these things together on either car, you’ll have to spring for the optional Parking Pack (£500 on the Focus and £300 on the Fiesta).

Although the trim level is the same in both of our contenders, the interiors aren’t as similar as you might expect. That’s because the Focus is more modern and minimalist, ditching physical buttons and knobs for the air-con in favour of touch-sensitive controls along the bottom of the infotainment screen. The Fiesta’s more traditional physical controls are preferable, because they’re a lot less distracting to use while you’re driving.

The Focus counters, though, by having a more upmarket feel, with plusher materials reflecting the price difference between the cars. The Fiesta makes do with part-leather seats and lots of hard plastics, while the Focus gets full leather seats and more soft-touch materials. When you consider the price tag this top-rung Fiesta wears, it’s disappointing that the interior is so similar to what you’ll find in entry-level versions. It’s outclassed by cars in its own small car class, let alone the family car class above, that the Focus sits in. 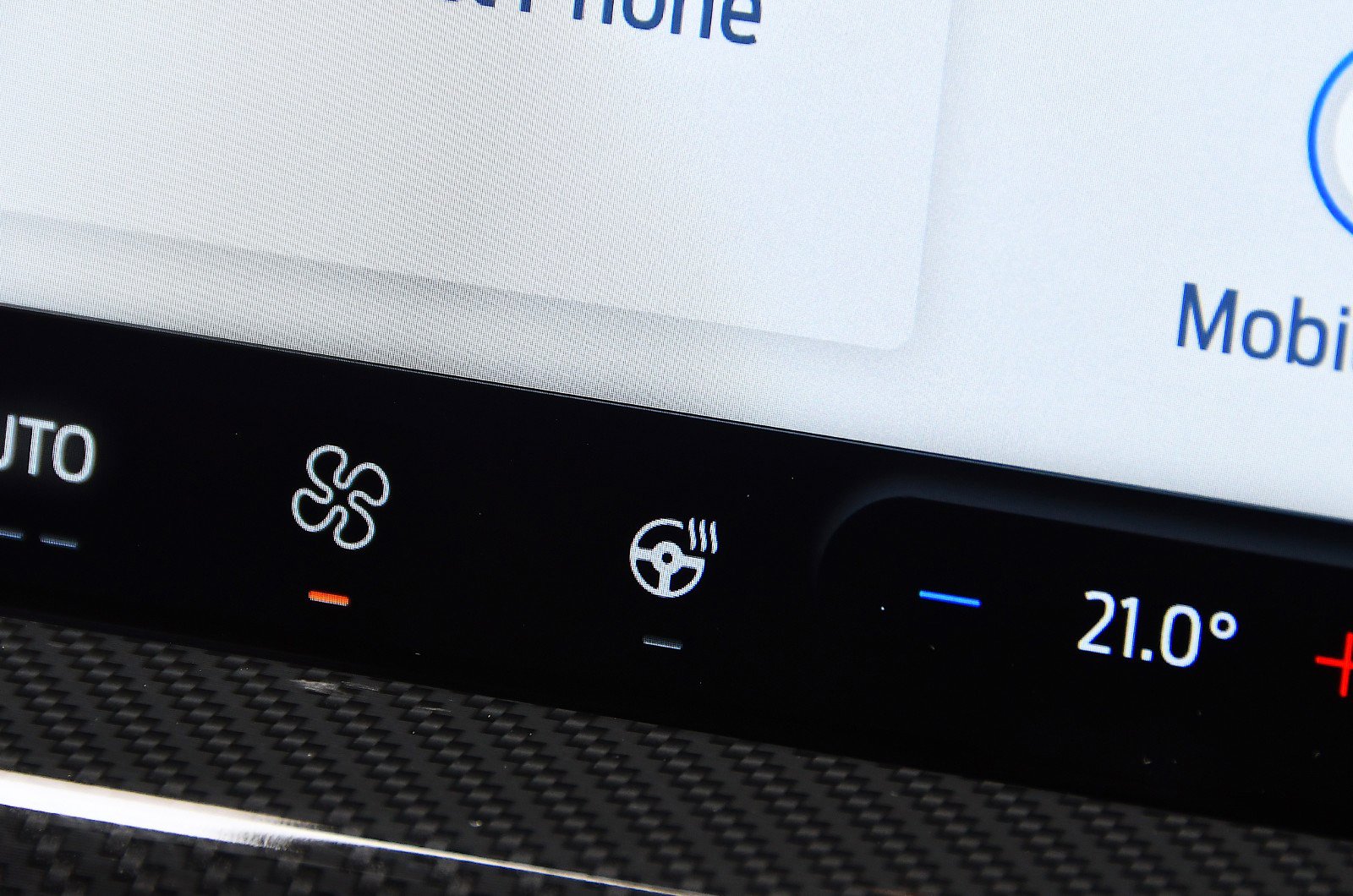 A new 12.3in digital instrument panel comes as part of the ST-Line Vignale trim, in place of traditional dials. The screen isn’t as versatile as what you’ll find in an Audi A3 or Volkswagen Golf, but it displays information clearly and is easy to read even with direct sunlight from the optional glass roof (£995 on both cars) shining on it.

Unlike the Fiesta, the Focus can be had with a head-up display (£400) that puts useful info such as your speed and the prevailing speed limit directly in your line of sight, but we wouldn’t bother with this, due to the effectiveness of the digital instrument panel. 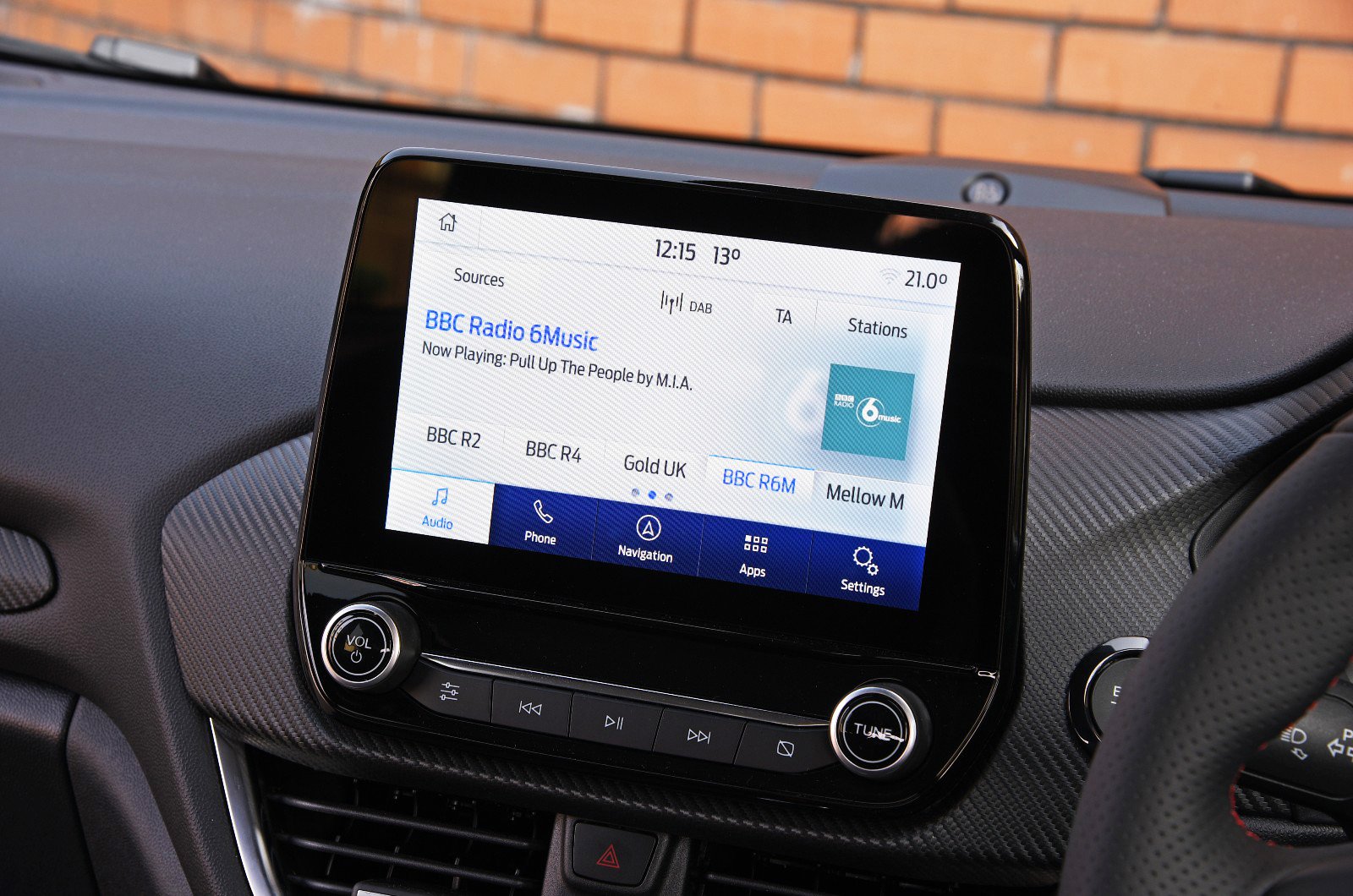 With an intuitive menu layout and a touchscreen that responds quickly to your prods, the Fiesta’s infotainment system is easy to get to grips with. It gives you all the essential mod-cons, including built-in sat-nav and Android Auto/ Apple CarPlay, so you can use some of your phone’s apps via the touchscreen. However, its 8.0in screen looks a little small and outdated next to the larger screen you get in the Focus, and the graphics aren’t as sharp or attractive. 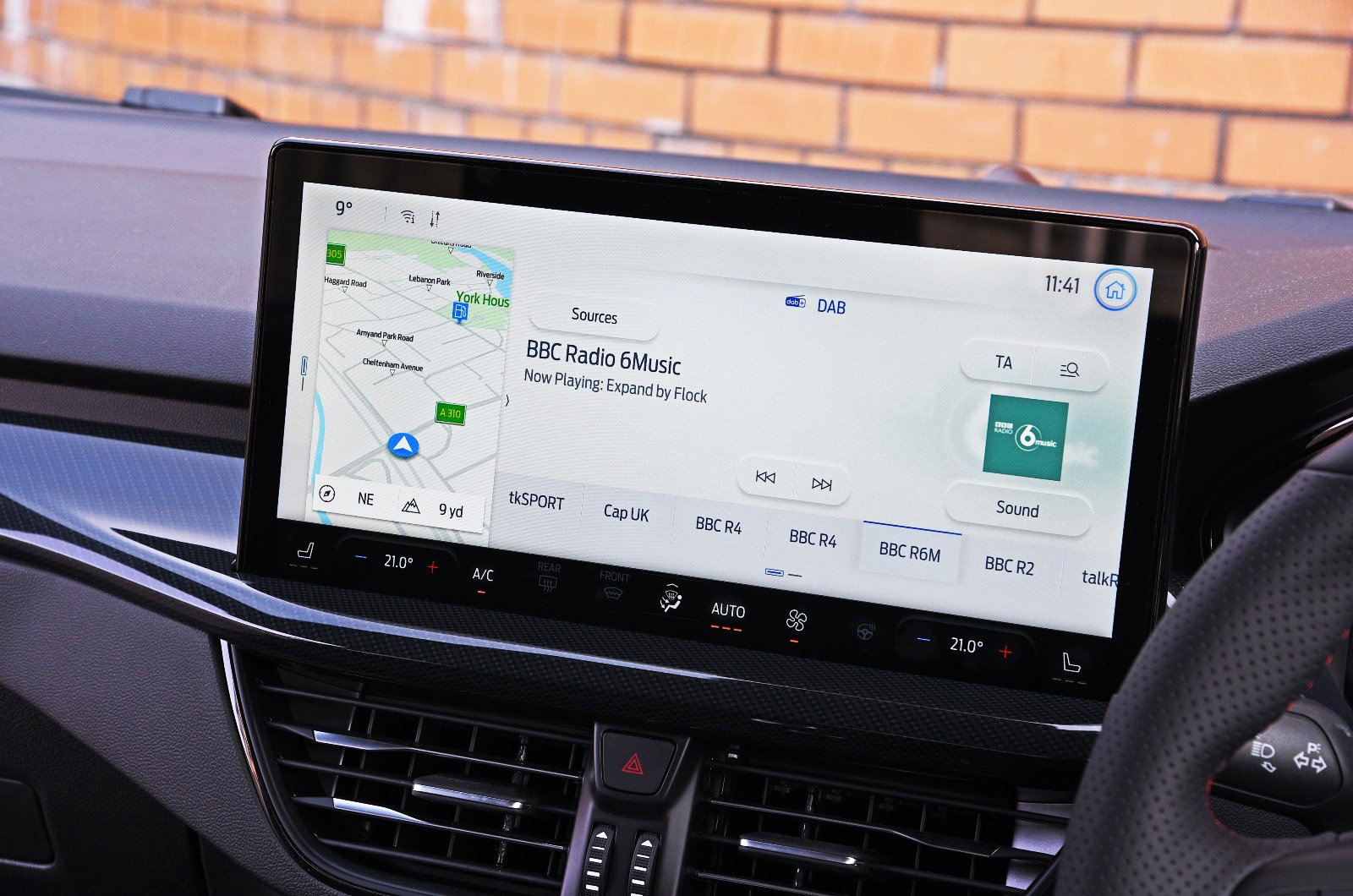 Among the tweaks to the latest Focus is a huge, 13.2in infotainment touchscreen. It’s clear and responsive and most of the icons are helpfully large and easy to hit. However, while there aren’t too many menus to wade through to access functions, they can still take a while to get your head around. Also, we’d much prefer physical knobs and switches for the air conditioning instead of the indistinct touch-sensitive controls you get at the bottom of the screen.