What is Android Auto?

Our guide fully explains what Android Auto is, what cars and phones support it, and its best features... Released in 2015, Android Auto is a smartphone mirroring app that allows drivers to connect their smartphones to their car’s infotainment system. Its main purpose is to help drivers maintain full concentration on the road while also having access to phone content such as messaging, calling, music services and navigation.

Drivers can connect their smartphones to their car with a USB cable or over Android Auto Wireless (Bluetooth). Functions can be controlled through voice commands, steering wheel controls or the car’s touchscreen display. A wide range of apps is available to use, including Spotify, Google Maps, Waze, WhatsApp, Audible and many more.

Google Assistance, which is compatible with just about all modern Android devices, is also available. Simply saying, “Okay, Google”, or pressing the voice control button on your steering wheel will allow you to have two-way conversations with the AI-powered assistant. It will carry out tasks for you, such as directing you to your destination, making a phone call or replying to a text message. 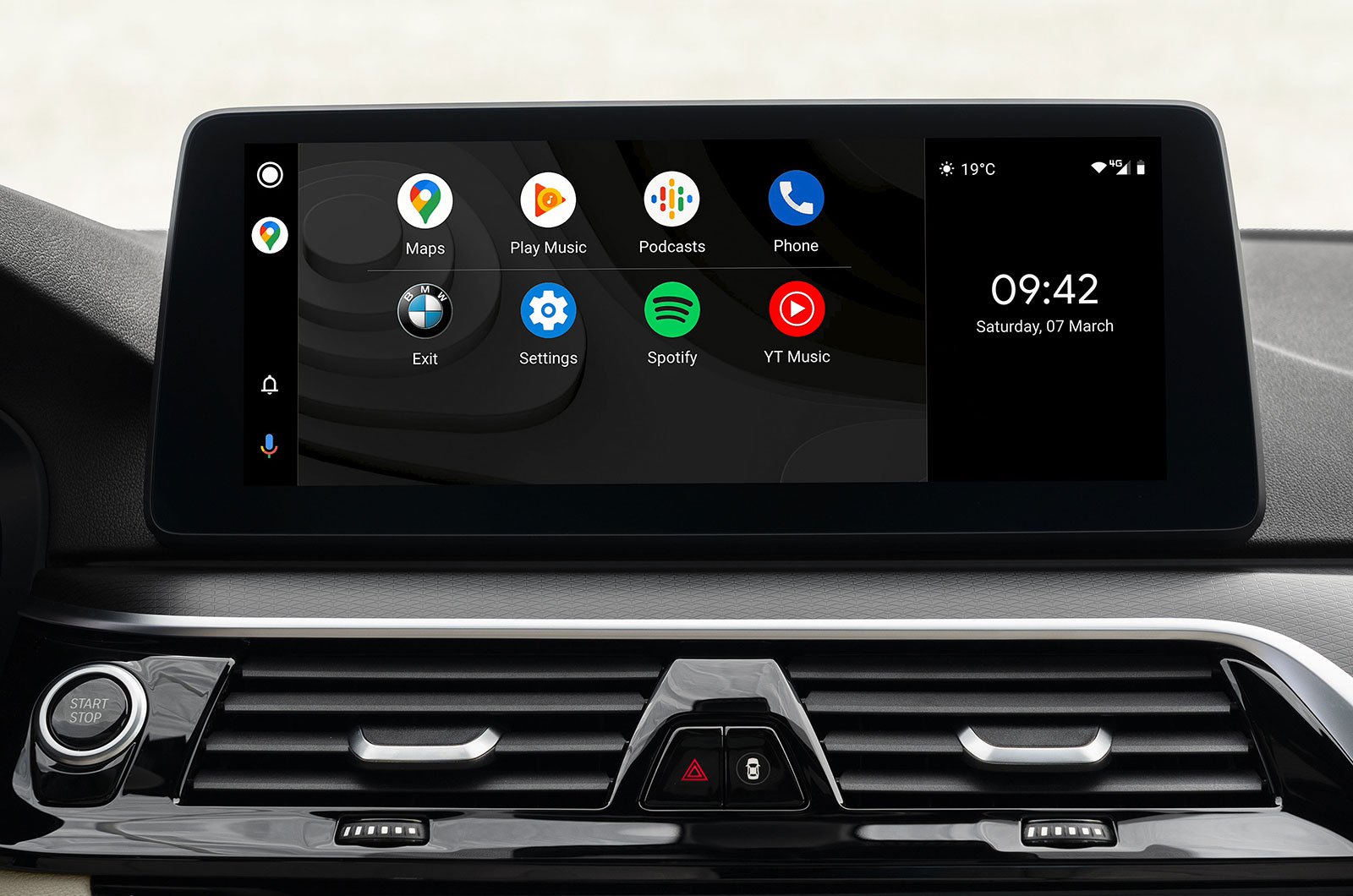 Virtually all newer models support Android Auto, but some brands don’t have the service available at all, or expect you to pay extra to have it fitted. Below is a list of these brands.

Despite being one of the most entertaining sports cars you can buy, the Alpine A110 does not come with Android Auto.

If you’ve got your eye on an Aston Martin, the Aston Martin DBX or Aston Martin Vantage would probably be the ones to stay away from if you’re looking to use Android Auto. That’s because neither car comes with the service.

The Jaguar XJ offers Jaguar’s own smartphone integration system that's designed to offer the same features as Android Auto, which is not available on the car.

There’s no support for Android devices in the Range Rover Evoque Convertible.

If you’ve got your eye on a Lexus LC and are hoping to be able to connect your phone to your car’s infotainment system, keep in mind that it does not support Android Auto.

The Mini Clubman, the Mini Convertible and the Mini Countryman all do without support for Android devices.

The MG 3 is tempting because of its low price and its interior is quite smartly designed, but there’s no support for Android devices.

The Seat Mii electric does not have an infotainment system, let alone Android Auto.

With competitive pricing as well as a long range, the Skoda Citigoe iV does seem like an ideal electric car. However, it’s worth noting that it doesn’t support Android Auto.

For its price tag, the Subaru WRX STI definitely falls short in a few area, one of them being the absence of Android Auto.

If you’re interested in a Toyota, it might be worth knowing that the Toyota Camry, the Toyota GR Supra and the Toyota Prius do not support Android Auto

Even though it's blisteringly quick, the Volkswagen Up GTI does not support Android Auto.

The Volvo XC60 offers a classy, high quality interior but doesn’t support Android Auto. Instead, drivers can download apps straight on to the car. 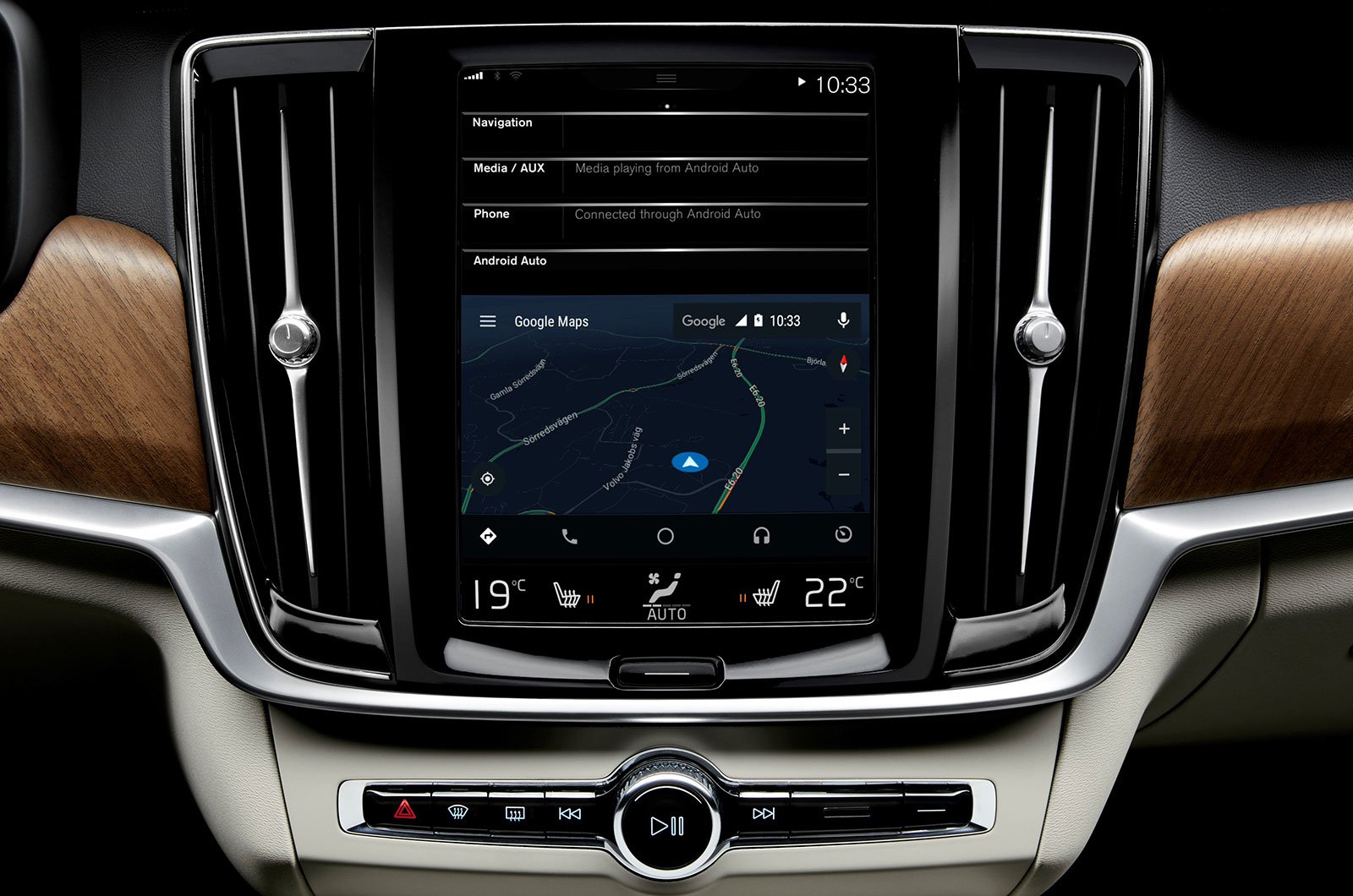 Can I add Android Auto to an older car?

Yes, you can add Android Auto to an older car simply by installing an aftermarket head unit. Alpine, Pioneer, Sony and JVC are just some of the brands that produce infotainment systems compatible with Android Auto. Prices start at around £250, and all will include a screen as well as a DAB radio and Bluetooth.

Will my phone support Android Auto?

How do I set up Android Auto?

The first thing is to make sure your phone and your car are compatible with Android Auto. As mentioned above, the app only needs to be downloaded if your smartphone runs on Android 9 and below.

Virtually all new cars not listed above support Android Auto. Ensure your phone has a strong wifi or mobile data connection, plug the USB cable into your car and connect it to your phone. From there, you can follow the on-screen instructions.

For Android Auto Wireless, the same procedure applies. The first time you connect your phone to your car, you will need to use the USB cable to pair them, then you can follow the on-screen instructions. When you next get into your vehicle, Android Auto Wireless will automatically connect your phone to your car's infotainment system over Bluetooth.

Are there any alternatives?

There are many alternatives offering the same features as Android Auto. For Apple users, Apple CarPlay is available on most newer cars and offers many of the same features. There is also iCarMode for iPhone users and MirrorLink for Android users.

What goes wrong with cars? The most common car faults revealed

Everything you need to know about car leasing