Forty years. That’s how long the Vauxhall Astra has been fighting at the sharp end of the family hatchback class, and it remains one of the most popular cars on British roads.

Its key rivals include the accomplished Ford Focus and the Volkswagen Golf, but these days it also has to fend off fashionable family SUVs, including the Skoda Kamiq.

The Astra is cheaper than the majority of its key rivals, though, and it’s fairly easy to get yourself a big discount, either through our New Car Buying service or after haggling with your local Vauxhall dealer.

To help the Astra compete against newer rivals, it received a series of updates in 2019. Cosmetic changes were few, but the car’s aerodynamics were improved and the entire engine range was overhauled. There’s a choice of three-cylinder petrol and diesel engines, most of which have a six-speed manual gearbox as standard. There’s also an optional nine-speed automatic, with a stepless CVT gearbox the only choice with the 1.4-litre petrol engine.

This revamp led to big improvements in efficiency, and the Astra is particularly tempting if you’re a company car driver; its CO2 emissions are low for its class and its diesel engines meet the latest RDE2 emissions standards, with reasonable benefit-in-kind (BIK) tax ratings as a result.

Impressive stuff, but is the Vauxhall Astra worth considering over its hugely talented rivals? Read on over the next few pages and we'll tell you how it stacks up in all the key areas, including comfort, practicality, safety and reliability.

The latter has all the qualities to be the pick of the range. We like its lively throttle response and its pleasing urgency around town, while there's plenty of grunt at low to mid revs to make sure that overtaking manoeuvres are over relatively quickly. 0-62mph takes 8.8sec and its outright performance isn’t far behind that of the Volkswagen Golf 1.5 TSI Evo 150.

The diesel engine, meanwhile, delivers adequate acceleration, although a comparable alternative such as the 1.6 TDI Skoda Scala feels stronger. There is a noticeable pause, too, between you squeezing your right foot and the Astra surging forward, especially at low revs, and it's quite easy to stall in stop-start traffic. The optional nine-speed automatic gearbox that's available with this engine only compounds this lethargy, although not quite to the point where the Astra feels frustratingly sluggish.

While you’d never call the Astra uncomfortable, it doesn’t isolate you from road imperfections as effectively as its Volkswagen Golf and Skoda Scala rivals. Its suspension is a bit firmer, too, so you notice yourself being jostled around more than you would in those cars, particularly at low speeds.

As with any car, ride smoothness isn’t helped by increasing the size of the wheels – something to remember when selecting a trim level and optional extras. Go no bigger than 17in for comfort to remain acceptable. 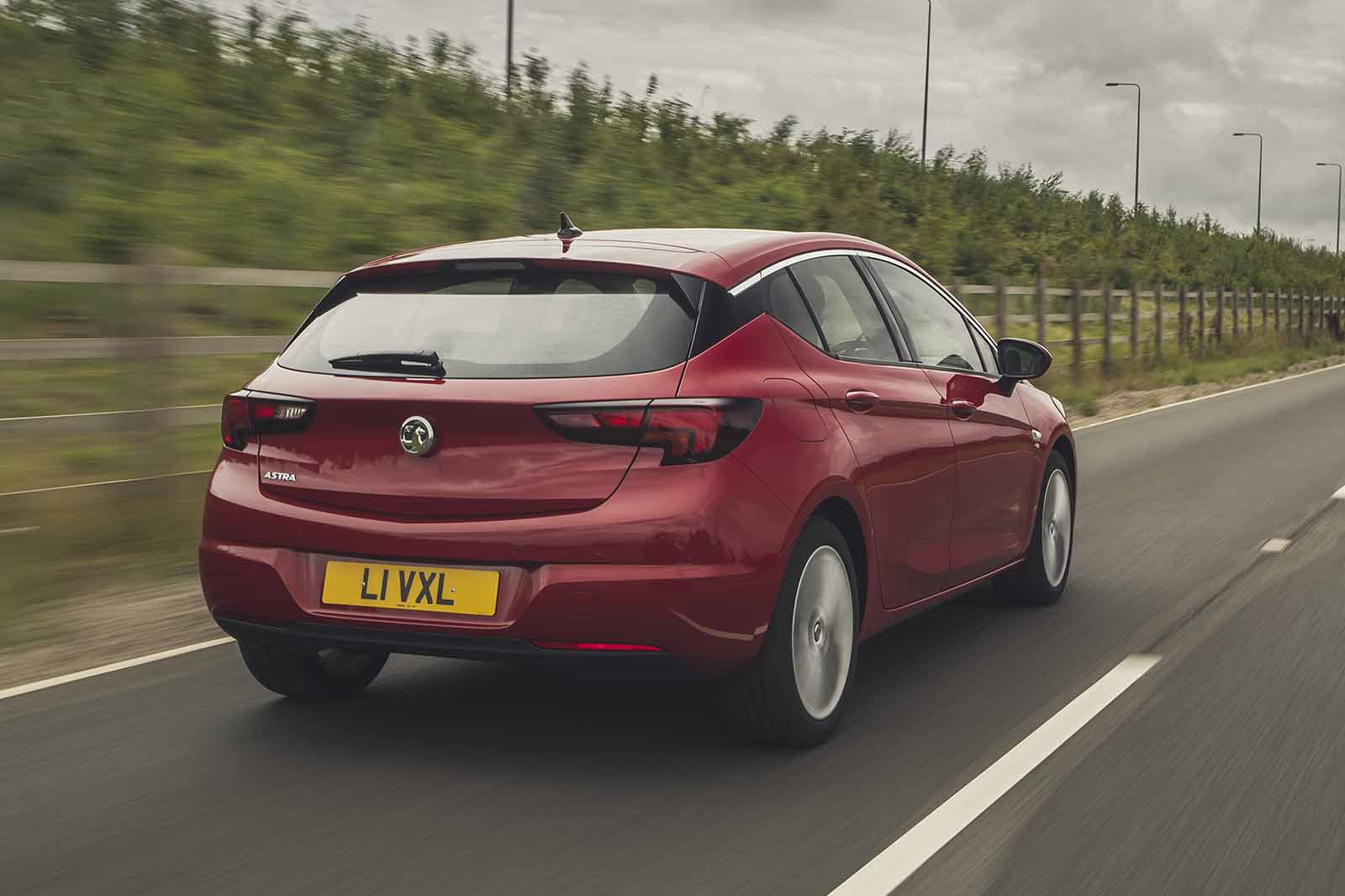 The Astra, particularly when fitted with the marginally lighter petrol engine, has good front-end bite and follows a twisty road keenly without too much unwanted body movements. However, it does all this in a fairly unengaging manner, so, while this won’t bother you if you just want to get from A to B, keen drivers will be better served by the Ford Focus or Volkswagen Golf. Diesel Astras have a tad less front-end grip, meanwhile, and as a result is out-handled by an equivalent diesel Skoda Scala.

It’s the Astra’s steering, though, that really prevents drivers from really feeling involved behind the wheel. It’s rather light, which is good for low speed manoeuvring, but there is a noticeable initial vagueness when you first turn the wheel, and no real sense of connection with the front tyres.

The three-cylinder, 120bhp 1.5-litre diesel engine chunters noticeably when you fire it up, and you'll feel a few vibrations filtering up through the steering wheel and clutch pedal. Once on the move, though, it soon fades into the background and becomes noticeably smoother, if not as quiet as the four-cylinder engines of rivals.

Unsurprisingly, the 143bhp 1.2-litre petrol is more refined, with a pleasingly thrummy exhaust note. Less vibration filters through to the controls than is the case with the diesel, too, although rivals such as the Focus and Golf have even smoother, quieter petrol engines. In other respects, the Astra is reasonable for wind and road noise, but the Focus is quieter on the motorway.

The Astra’s standard six-speed manual gearbox is light and easy to use. Just don’t expect a satisfying, snickety shift like that offered by the Focus or Honda Civic. 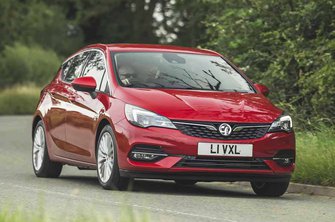