Automatic emergency braking (AEB) is a safety feature that could save your life by automatically preventing a collision. It will soon be standard on all new cars...

What if we told you there’s a safety feature that could save your life, and it costs car manufacturers as little as £40? Wouldn’t you want that technology on your next car?

Automatic emergency braking (AEB) is becoming increasingly common on new cars. Leading safety experts, including Thatcham Research, rate AEB as one of the most important road safety advances of recent years. In fact, they say it is as important as the introduction of seat belts. According to Thatcham, AEB could save an astonishing 1100 lives and 122,860 casualties in the UK over the next 10 years.

It's already been proven to drastically reduce collisions. A 2015 study by The European New Car Assessment Programme (Euro NCAP) and Australasian NCAP found that fitting vehicles with AEB led to a 38% reduction in real-world rear-end crashes. 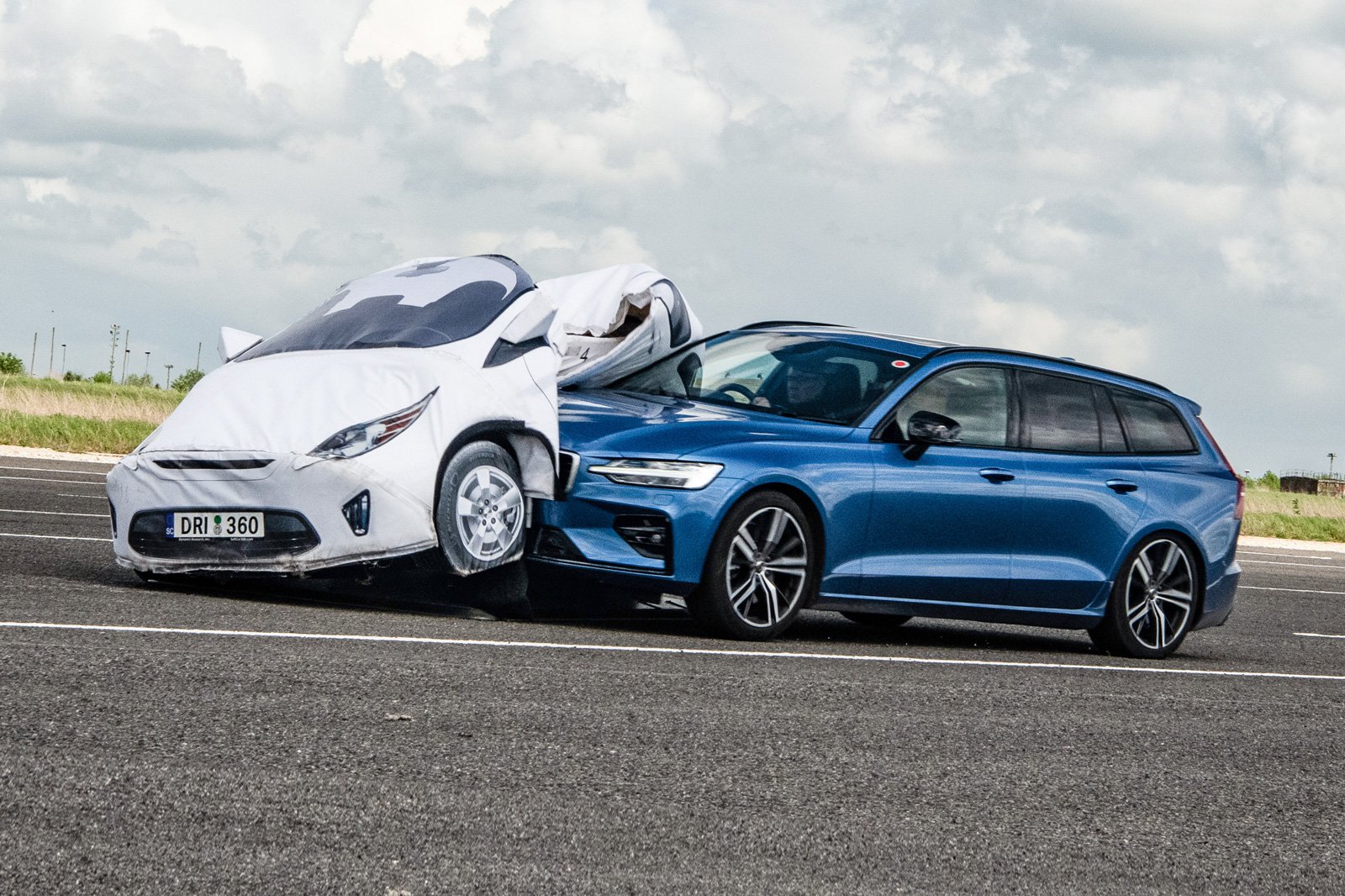 iIn a study of 104 crashes, researchers at the University of Adelaide also found that AEB could have reduced fatal collisions by 20-25% and the likelihood of injury by 25–30%. This is significant because front-to-rear impacts account for around a quarter of all crashes, and an AEB system can prevent this type of crash, or at least reduce the severity of it.

How does AEB work?

All AEB systems use sensors to detect obstacles ahead and assess whether a collision is likely. The system will usually start by warning the driver, using a dashboard message or an audible alarm, that a collision is likely and that they need to brake. If the driver fails to take action, the automatic or ‘autonomous’ part of the system will kick in and apply the brakes automatically.

The most basic AEB systems work at low speeds to prevent or reduce the severity of minor urban collisions. More sophisticated systems work across a wider speed range, so they protect against more serious accidents where there is the potential for severe injury or death. The very best systems – those that earn the most points in Euro NCAP crash  tests – can detect cyclists and pedestrians as well as cars.

AEB, which uses the same technology that underpins adaptive cruise control and applies it to improve safety, has actually been around for many years. Volvo was one of the pioneers, launching a system called City Safety in the XC60 SUV in 2008. As the name implies – and like most early AEB systems – City Safety was developed to prevent crashes during urban driving at low speeds.

Operating from just over 2mph to just under 19mph, the first generation of City Safety would prevent collisions entirely if the difference in the speed of the two vehicles involved was no more than 9mph. If there was a greater difference in closing speed, the system would reduce the severity of an impact if it couldn't prevent it altogether.

Its aim was to prevent whiplash and relatively minor injuries at low speeds, rather than to save lives in higher-speed collisions. However, in spite of the limited circumstances in which this system was designed to be effective, when Thatcham compared the XC60 with other similar SUVs without AEB it found a 23% reduction in crashes. 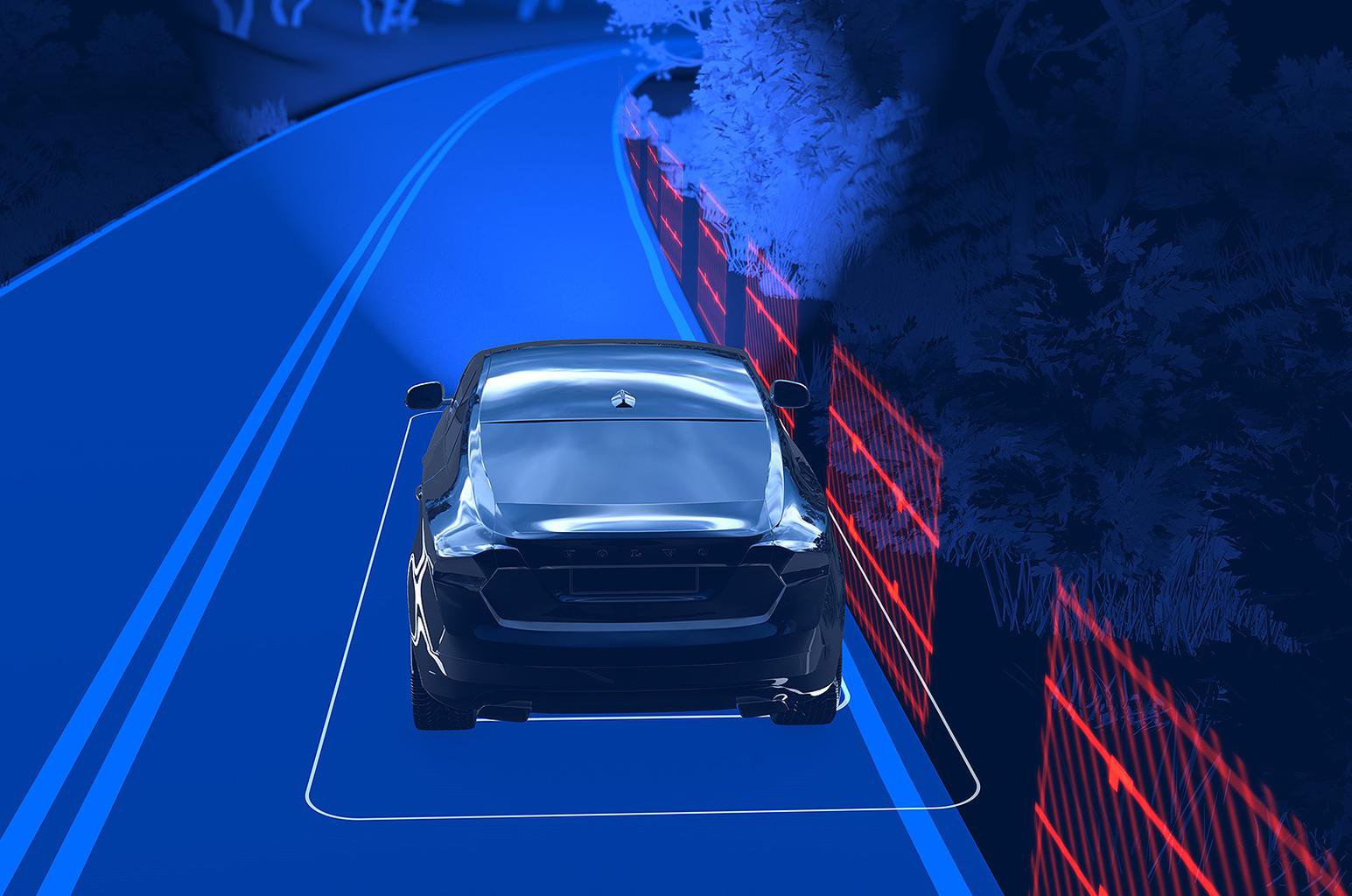 Technology has moved on a great deal since 2008. The original City Safety system used a LIDAR (light detection and ranging) sensor. Now AEB systems use radar and cameras or a combination of both to enable braking from higher speeds and much greater sophistication.

"Software has improved and car makers now have more confidence in their systems," explains Matthew Avery, director of research at Thatcham.

Today’s AEB systems aren’t only smarter, they also brake harder. Instead of the 0.5-0.6G of braking force delivered by an early AEB device, modern systems can deliver around 1G.

Why should I spec AEB on my next car?

Simply because it works. One study by the US insurance industry compared the effectiveness of AEB with other driver assistance and collision avoidance technologies. For cars fitted with AEB systems, it found that insurance claims to repair damage done by the studied car to another vehicle were reduced by 10-14%. In contrast, the fitment of lane departure warning systems had little effect on insurance claims.

Thatcham has closely monitored the effectiveness of AEB. Comparing the Volkswagen Golf Mk7, which has AEB fitted as standard to all but the entry-level S trim, with the previous Mk6 model, Thatcham found there was a 45% reduction in crashes where injuries occurred.

What about pedestrians and cyclists? 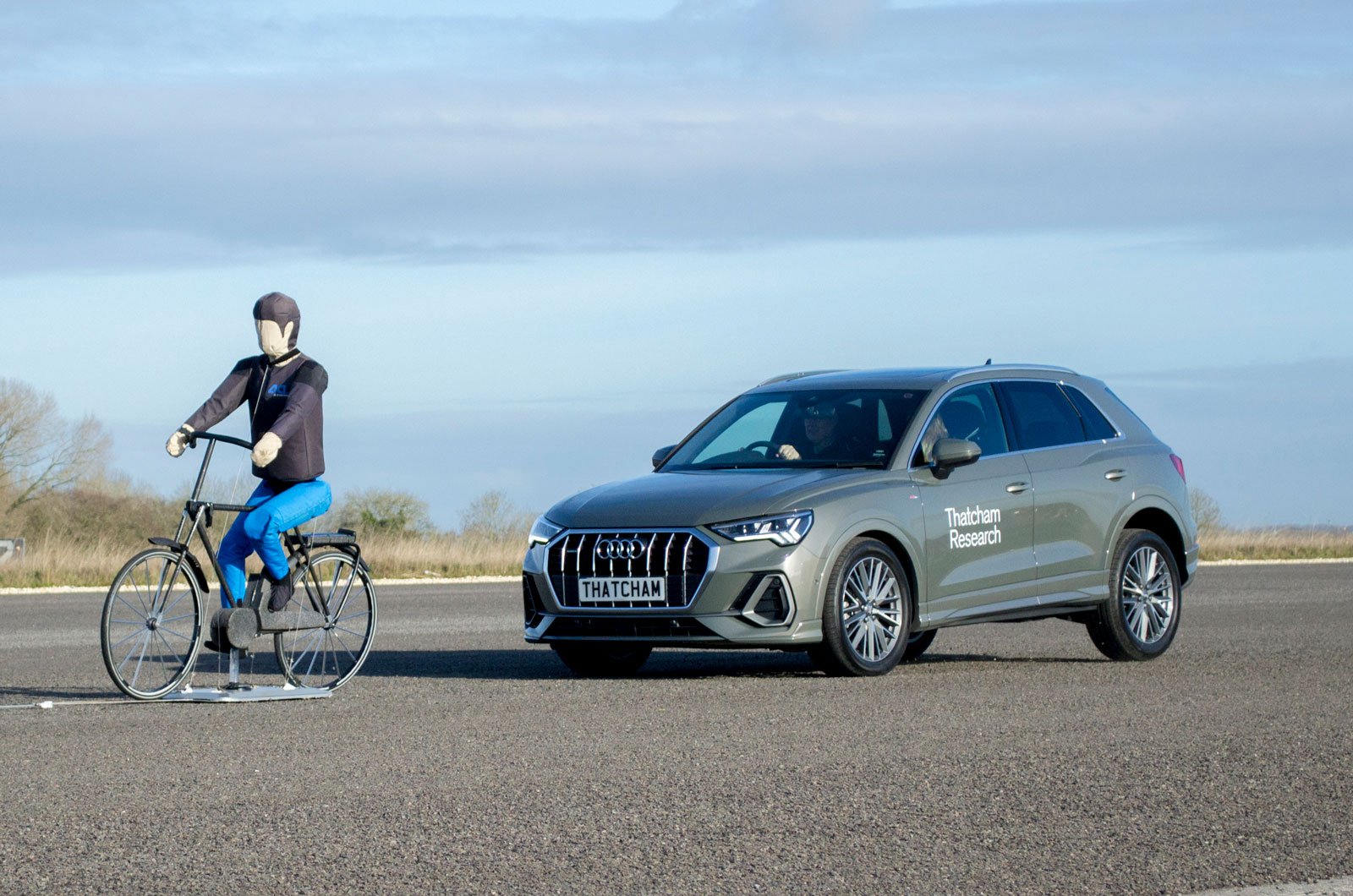 Combining the two technologies (or using more than one camera) allows objects to be precisely located and identified.

"You can then introduce algorithms that predict where the object is going and whether it is likely to move into the path of the car," Avery explains.

In other words, the best AEB systems can now tell the difference between a person, a bike and a car. In addition, they understand that people, cyclists and motor vehicles can be expected to behave differently from one another.

Why don’t all cars have an AEB system?

Good question. While it might be difficult for small-volume car manufacturers to engineer such technology into their vehicles, the cost of off-the-shelf AEB units from automotive technology suppliers is not expensive. Avery estimates that manufacturers can buy a LIDAR-based system for around £37. A camera-based system might cost approximately £58, a stereo camera system £73 and a radar-based system around £146. 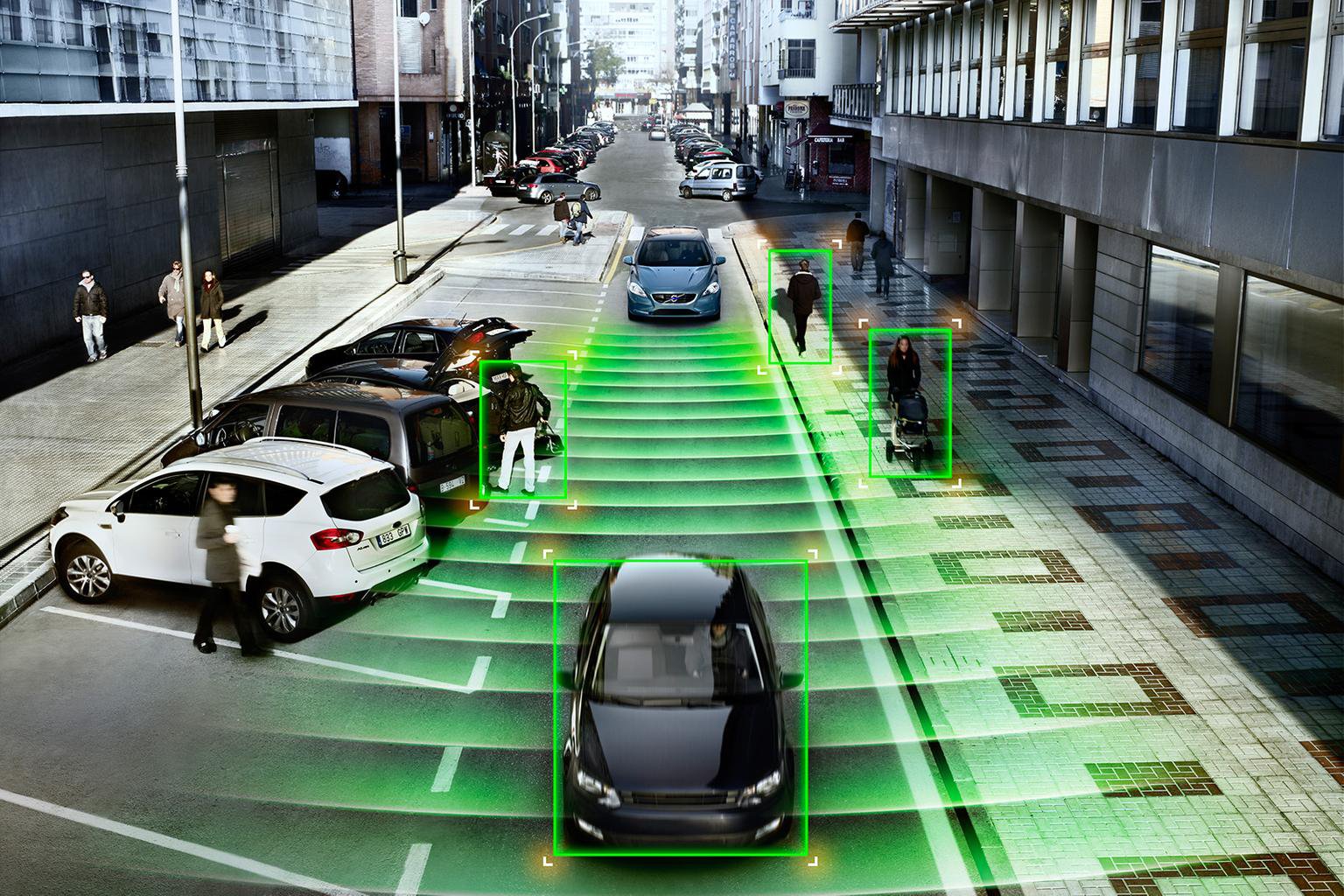 Part of the problem lies with the driving public. Big alloy wheels, touchscreen infotainment systems and panoramic sunroofs all have more showroom appeal than safety technology that you can’t see or touch, and that you hope you’ll never have to use. On new cars with an AEB system as a cost option, just 1.6% of buyers will tick the box to choose it.

That’s why the European Commission has decided to make AEB mandatory on all new cars from mid-2022. As part of a suite of new safety improvements voted on in 2018, it is introducing new crash test requirements, the mandatory installation of driver assistance systems, including AEB with pedestrian and cyclist detection, overridable intelligent speed assistance and lane-keeping assistance systems.

Next: The safest new cars you can buy >>