Land Rover started out as a maker of rugged, functional vehicles, but long ago moved into a far more prestigious sphere – and no model epitomises that quite like its full-fat luxury SUV, the Range Rover.

While the original was designed so that you could hose the mud out of its interior, recent Range Rovers have been more likely to steal sales from luxury limos than farm vehicles.

There are petrols and diesels, both with mild-hybrid technology, and even full plug-in hybrids (PHEVs) with very impressive official electric ranges of 70 miles. A fully electric version will arrive in 2024.

You get a lot of kit as standard, but you can of course gorge yourself on the options list to add all sorts of luxuries. They include massaging seats, noise-cancelling speakers in the headrests, ceramic dials and loads more plush interior finishes.

The latest Range Rover also offers more practicality than the previous-generation model because the long-wheelbase variant is available with seven seats instead of five. If you prefer, you can have it in 'super-luxe' four-seat form with just two separate, reclining armchairs in the rear.

So with all this choice, which version of the Land Rover Range Rover is the one to go for? And how does this SUV stack up against its other illustrious rivals? That's what we'll tell you over the next few pages of this review.

When you've decided which new car to buy, make sure you get it for the best price by searching our free What Car? New Car Buying Service. It has plenty of the best new Land Rover deals.

It’s the plug-in hybrid (PHEV) options that really make the Range Rover stand out from rivals, though. The P440e and P510e offer the longest official electric-only ranges available on a luxury SUV – from 68-70 miles. Of course, you probably won't get that many electric miles in real-world driving, but it's still a vast improvement on the figures for the Porsche Cayenne Turbo S E Hybrid (19 miles) and Bentley Bentayga (25 miles).

If you need your Range Rover for towing, the diesels can haul up to 3500kg, and PHEVs can manage up to 2500kg. 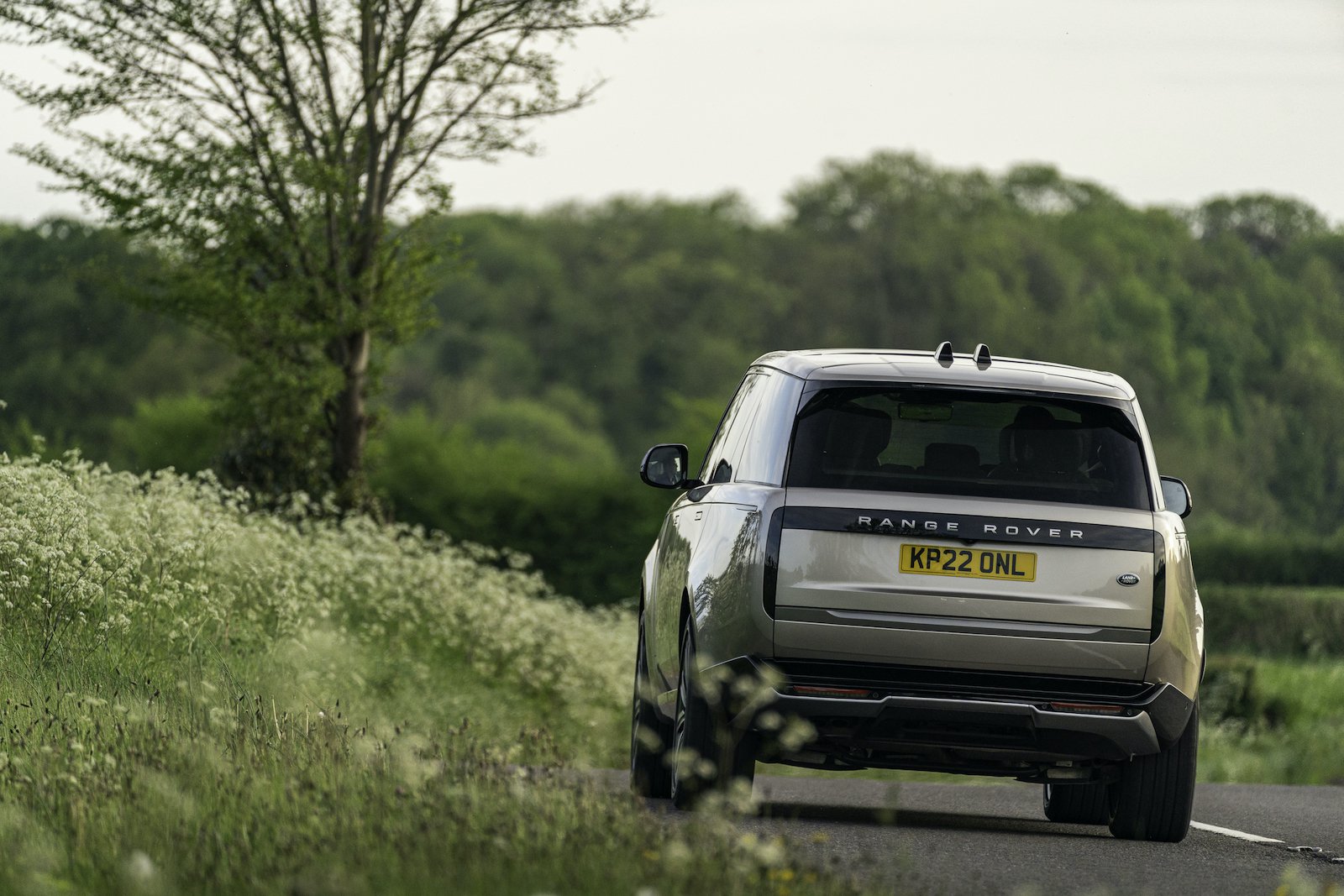 The Range Rover is huge but it’s surprisingly easy to drive around tight, twisty, urban roads. A huge part of that is down to the standard rear-wheel steering, which enables the rear wheels to turn up to seven degrees. At high speeds, they move in the same direction as the fronts to improve stability, but at low speeds they move the opposite way, reducing the turning circle to less than 11m (the same a Volkswagen Golf's, and more than a metre less than it would be without the feature). It makes this big car much more nimble than you might expect.

The Range Rover is happy to hustle along faster country roads too. An active anti-roll bar system helps to limit body roll so you can carry some pace through a corner without feeling the car wildly lurching on to its outer wheels. The steering manages to be effortlessly light and smooth around town, but still accurate and precise at faster speeds.

This is a very calming car to drive, with an impressively quiet interior. Road roar and engine noise are barely noticeable, while a little wind noise at motorway speeds is the only thing that gently disturbs the peace.

There’s also an active noise cancelling feature that can be added as part of an upgraded sound system. It includes microphones in the wheels which monitor exterior noise, allowing the headrest-mounted speakers to transmit a frequency that cancels it out.