With their curvaceous roofs and electric power, these coupé-like SUVs are the height of fashion. Let’s see which one will have us singing its praises the loudest...

Based on the XC40 Recharge, the all-new C40 is much more powerful than the Q4 but has a shorter official range of 274 miles

What could the all-new Volvo C40 Recharge and a pair of skinny Nudie jeans possibly have in common? Well, as it turns out, quite a lot, actually. Not only are they both very much bang on trend, but they also share the same design philosophy by being sleeker, more stylish variants of fundamentally practical products. Oh, and both are vegan.

Okay, we’ll admit that’s where our knowledge of fashionable jeans begins and ends, but we do know a thing or two about electric SUVs, and the C40 is one of the latest to enter the fold. Based on the XC40 Recharge, it sheds that car’s square-cut looks, replacing them with a coupé-like roofline and a sloping tailgate to lend the C40 a sleeker appearance. 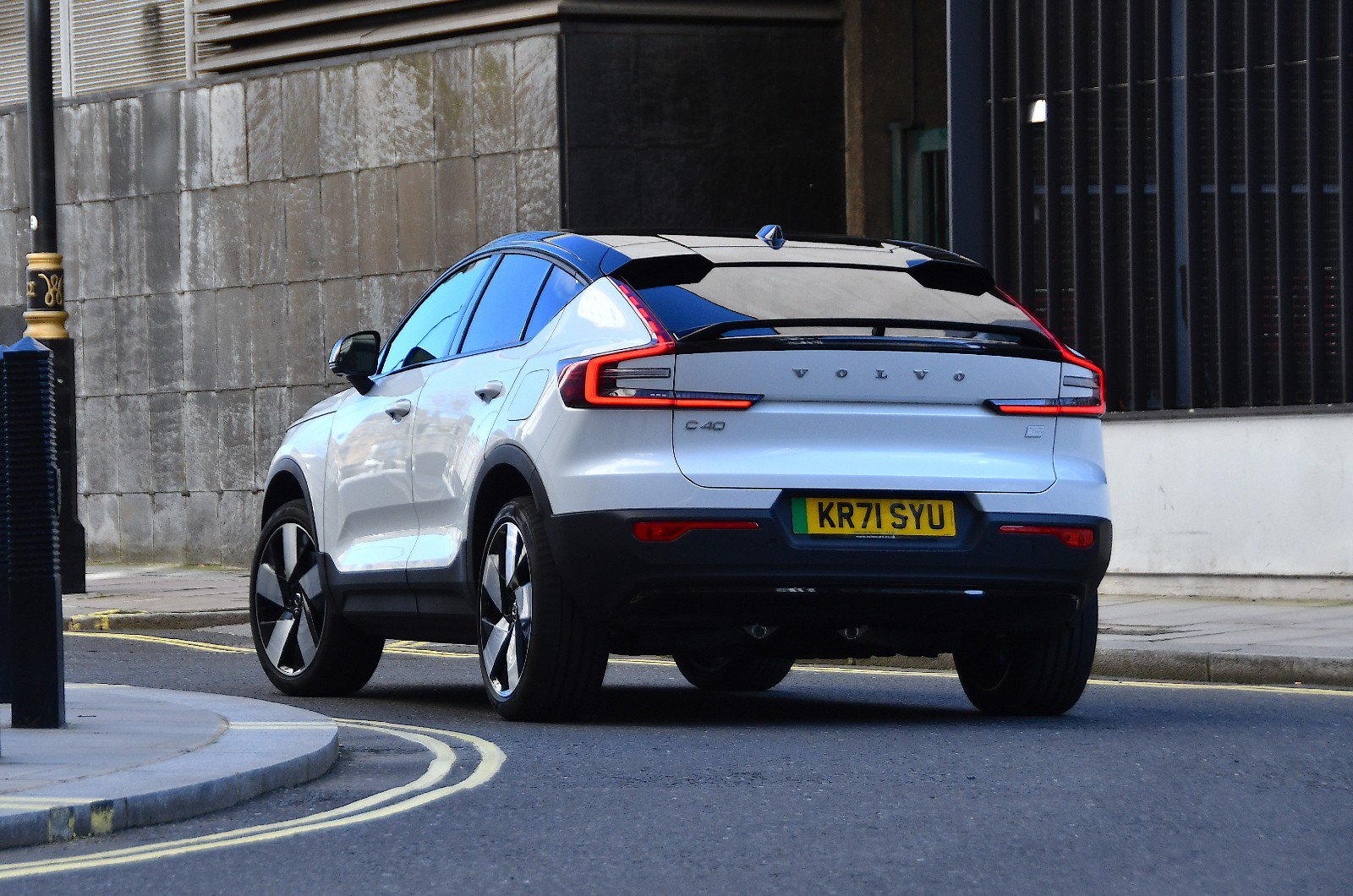 But the C40 is more than just a fashion statement. Not only is it the first exclusively electric Volvo, but it’s also the first to entirely shun leather for its interior. As with the XC40 Recharge, you get the choice of a front-wheel-drive version with a single electric motor or a four-wheel-drive version with two motors – one for each axle. We’re testing the latter.

Now, you might think that an electric coupé SUV is a niche within a niche, but the C40 already has a direct rival in the form of the Audi Q4 Sportback e-tron. The regular Q4 has impressed us already with its refinement, comfortable ride and classy interior, so we have high hopes for this sleeker, potentially more efficient version. It won’t be easy to beat, that’s for sure.

With the C40 having much more power than the Q4 (402bhp versus 295bhp), it’s hardly a surprise that it’s in a different league when it comes to acceleration. Simply stand on the accelerator and hold onto the steering wheel and in just 4.6sec you’ll be doing 60mph. That makes the C40 just as quick as the Tesla Model Y Long Range SUV and quicker than some sports cars. 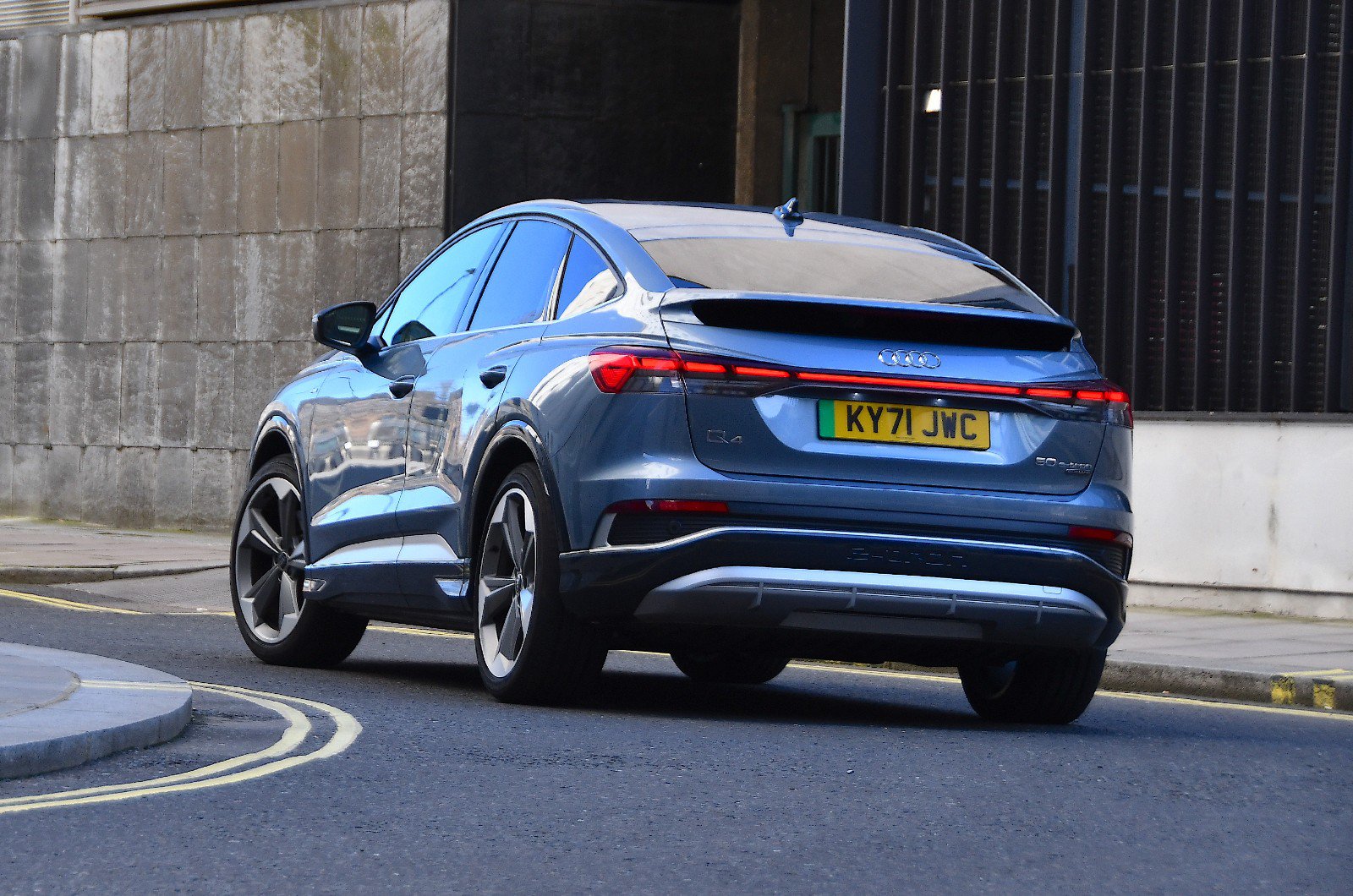 In comparison, the Q4’s time of 6.0sec might seem a little underwhelming, but in reality the car feels pleasingly brisk. With instant punch off the line, you’ll be able to beat almost any petrol or diesel SUV out of the school car park gates, and there’s no shortage of grunt at higher speeds; getting up to motorway pace or overtaking a slower car is still pretty effortless.

Of course, another element that makes these cars so easy to drive is that they have just one gear, making them, in effect, automatic. You do, however, have the option of selecting heavier brake regeneration. This not only increases the amount of otherwise wasted energy being sent back into the battery under deceleration (to help eke out range) but also makes the car slow down quicker.

In the Q4, you can fine-tune the level of regeneration via paddles behind the steering wheel (if you specify the optional flat-topped and bottomed wheel for £285), giving you greater control over your speed. None of the levels is strong enough to bring you to a complete stop when you lift off the accelerator, though. 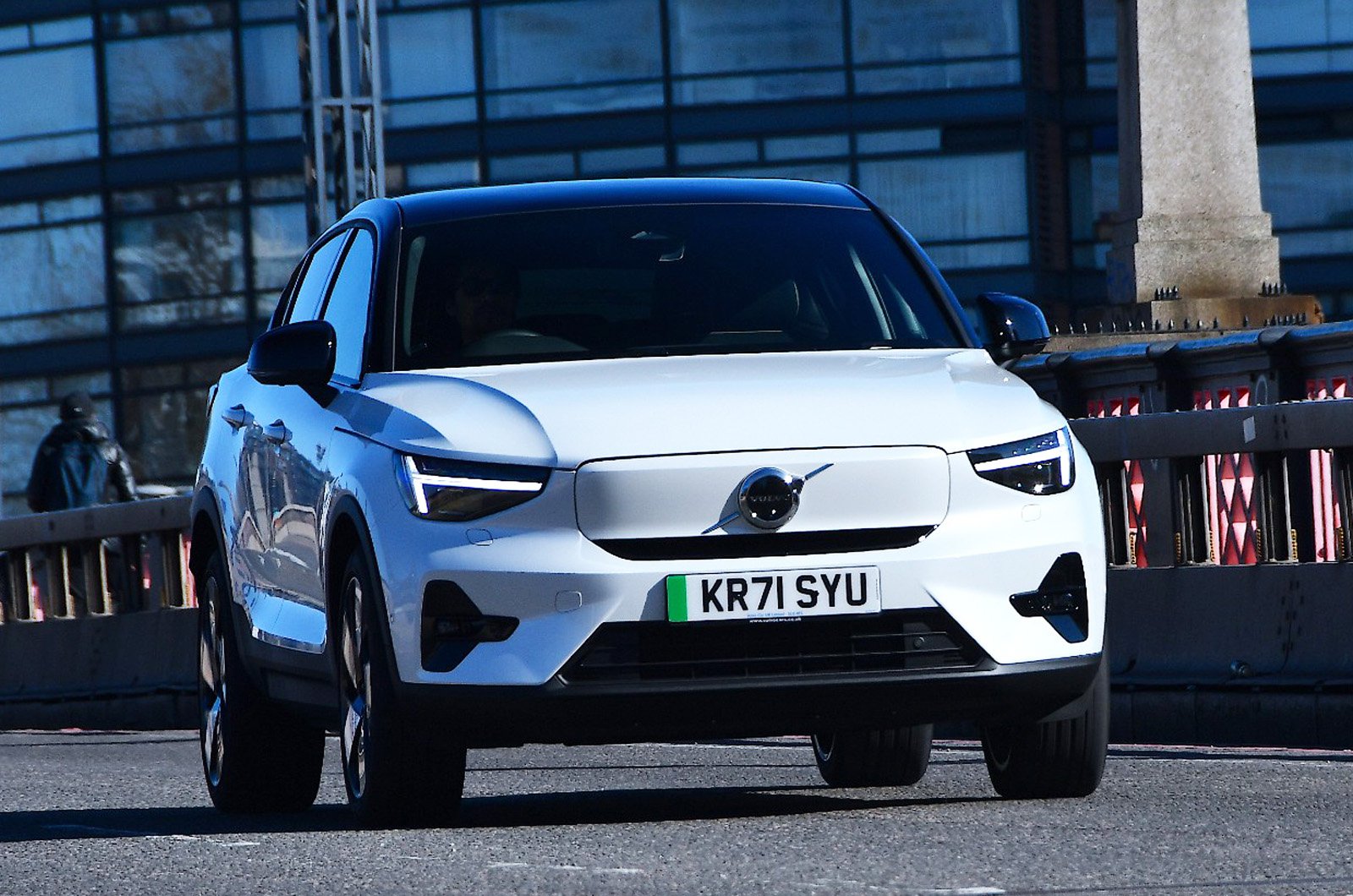 While you can’t have multiple levels of energy recuperation in the C40, its single regen mode allows for full ‘one-pedal’ driving, slowing the car briskly to a standstill when you back off, if you let it. This allows you to drive especially smoothly around town.

When you’re using the regular brakes to slow down, you’ll find reassuringly consistent pressure underfoot in the C40. This isn’t quite the case in the Q4; the resistance in the pedal tends to change as you slow down, making it trickier to brake smoothly.

Left in their regular driving modes and without the benefit of regenerative braking, neither car proved to be all that efficient in our test, conducted on a chilly spring day. On a route simulating motorway, country roads and town driving (at our test track, so traffic conditions wouldn’t influence the results), the Q4 achieved an underwhelming 2.6 miles per kWh from its slightly larger battery and the C40 a mere 2.5 miles. These figures translate into theoretical real-world ranges of 199 miles and 188 miles respectively, although we’d expect both cars to go farther between charges in warm weather. 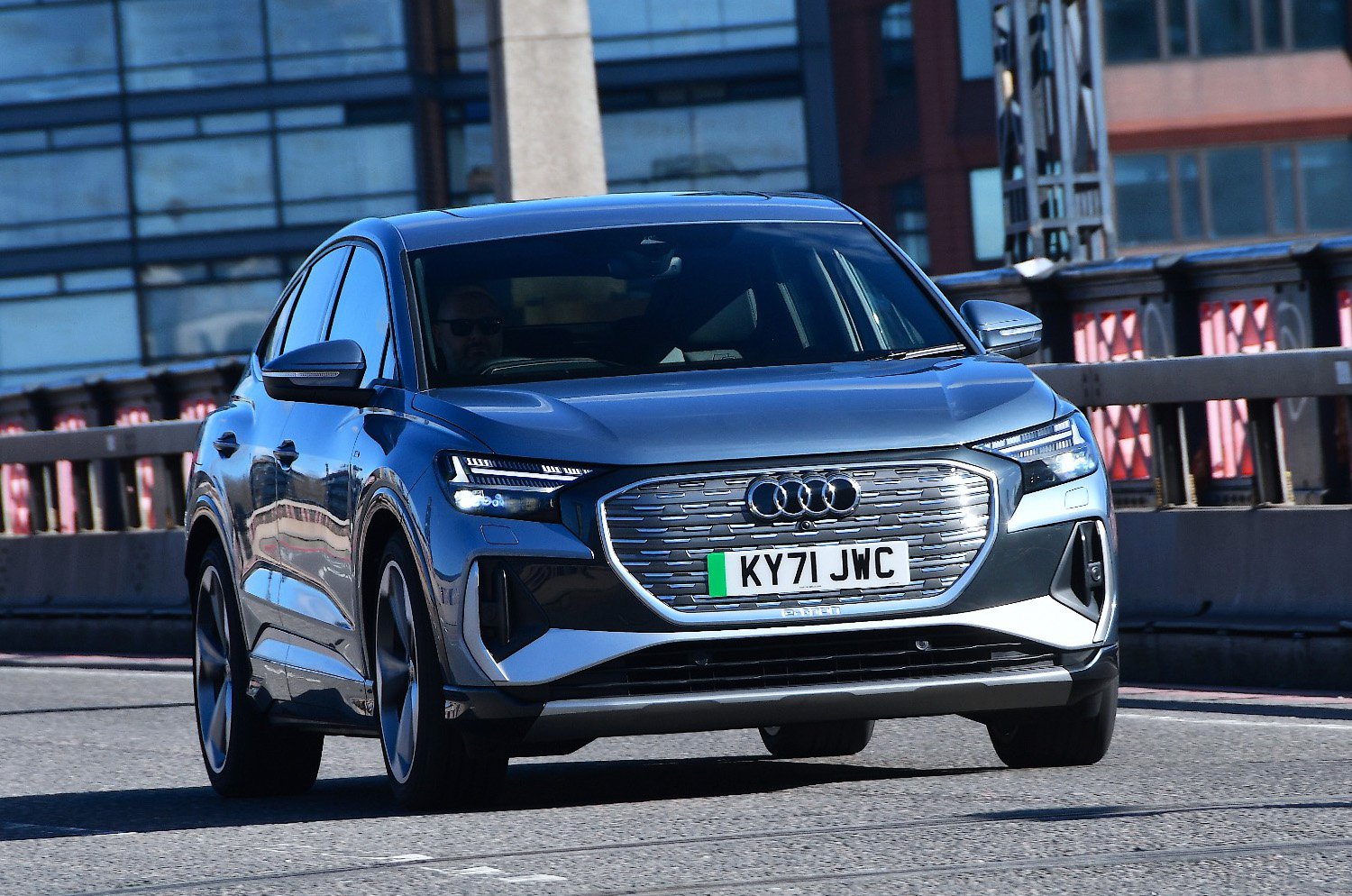 The limited ranges are a shame, because both cars are wonderfully relaxing to drive. At motorway speeds, the Q4 is fractionally quieter, generating less road noise, but wind noise is well suppressed in both and the motors are hushed.

In addition, both deliver a beautifully controlled high-speed ride, although the Q4 feels a touch more settled around town. That’s because the C40’s lofty seating position tends to amplify the car’s body movements, so your head gets tossed gently from side to side along pockmarked urban streets.

Although their relatively soft suspension results in a fair degree of body lean, both cars hang on gamely in corners and handle in a tidy way. The C40 is a touch more confidence-inspiring, thanks to sharper turn-in and meatier, more naturally weighted steering, but you’re only likely to notice this if you try to corner as though you’re driving a hot hatch.