One’s a large electric SUV with a £40k price tag and a long range... and so’s the other one. But which is the first among equals?...

The all-new ID.4 is, in effect, an ID.3 hatchback that’s been stretched to form a taller, roomier SUV

Mach 1 is the speed of sound, but did you know that it’s not a constant? It varies depending on how high up you are. Land speed record holder Andy Green went supersonic just before hitting 763mph in 1997. But Concorde passengers sipping Moët at 60,000 feet could smash the sound barrier while flying a touch slower than Andy’s Thrust SSC.

Confused? Well, get used to that feeling because, as it turns out, Mustangs aren’t a constant, either. The Mustang Mach-E isn’t another low-slung sports car with a dirty great V8 engine. It’s a relatively tall SUV powered by the very antithesis of a V8: an electric motor. Apparently, it’s not even a Ford (there’s no Ford badging anywhere), and, for the record, its top speed isn’t Mach 1. It is rear-wheel drive, though, if you pick this entry-level Standard Range RWD. That’s one thing it has in common with Mustangs of old. 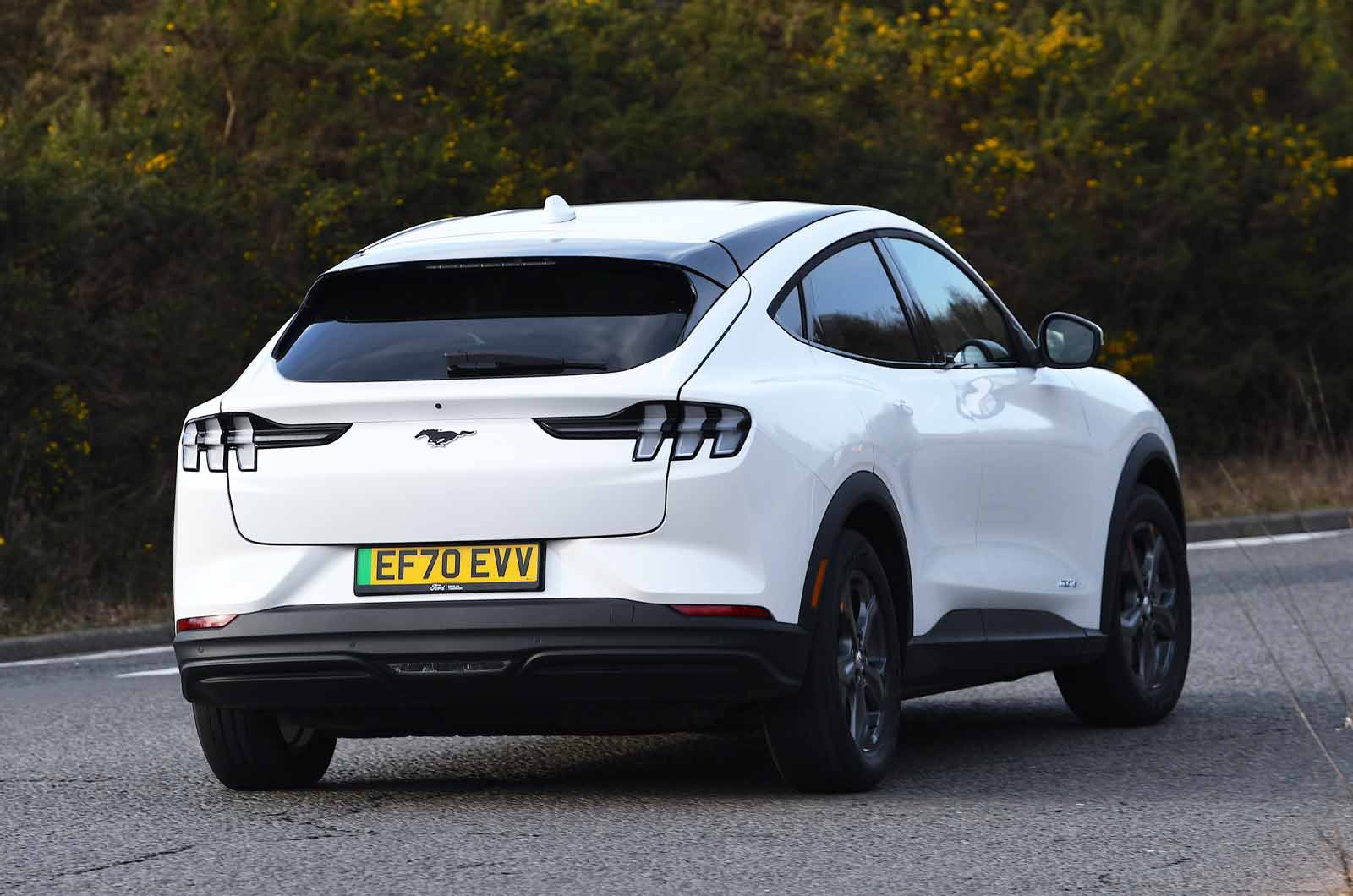 Mercifully, its rival has no history to get bogged down in. It’s the all-new Volkswagen ID.4 and is a large electric SUV as well. This is the First Edition Pro Performance model, which costs more or less the same as our entry-level Mach-E. It’s also rear-wheel drive and has a bigger battery than the Mach-E, so it’s all to play for.

So, we know it doesn’t do Mach 1, but the Mach-E is still the quicker of this duo. Both cars have instantaneous electric-car zing that pings you out of the starting blocks faster than most petrol cars can manage, but the Mach-E hits 60mph from rest in just 6.6sec. That’s 1.5sec quicker than the ID.4. The Mach-E is more than two seconds quicker from 30-70mph too, making overtaking much easier. It makes sense when you realise that the Mach-E has a 60bhp power advantage. 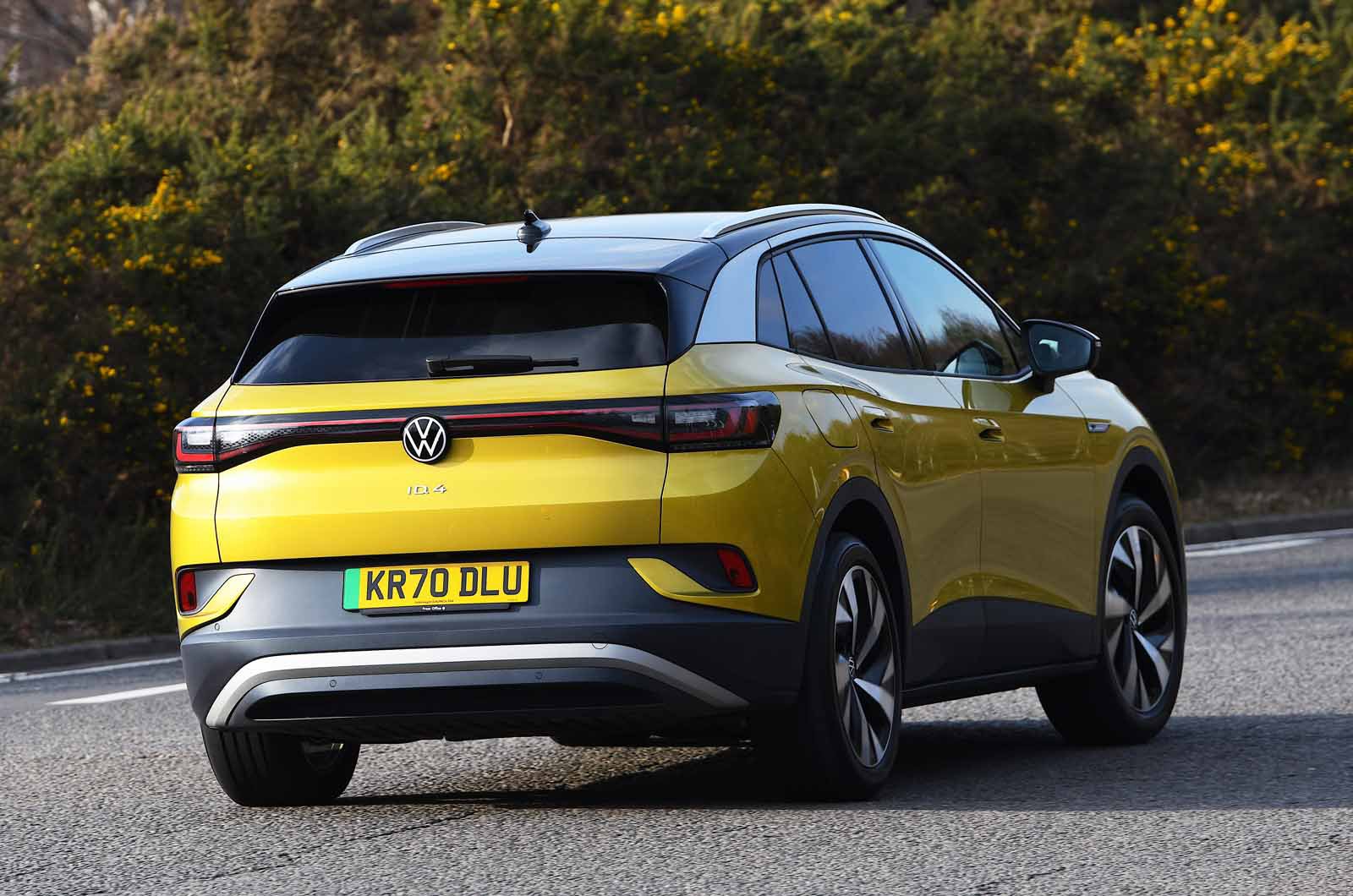 That advantage swings the other way when it comes to battery size, though. The ID.4’s usable battery capacity is 77kWh, while the Mach-E’s is 68kWh. That’s why the ID.4 can officially travel 310 miles on a single charge, while the Mach-E pegs out after 273 miles. Neither reached those distances on the day of our test, but the ID.4 still did better, with a theoretical maximum range of 231 miles versus 211 miles, based on both cars’ energy consumption around our controlled test route.

If you like cars that flow down the road like joined-up writing, you’ll prefer the ID.4 in almost every respect. Let’s start with its ride. The ID.4’s standard adaptive suspension does a much better job of smoothing over callouses. You can still feel the tall body swaying on country roads and fidgeting on motorways more than in many lighter petrol SUVs, such as the Volkswagen Tiguan, but nothing like as much as in the Mach-E.

It’s not that the Mach-E’s non-adaptive suspension is too firm. The initial hits are absorbed pretty much as well as they are in the ID.4, but the aftershocks are brutal. After every bounce and sway, the suspension pulls the body back into line like an overbearing headmaster. So its ride is bouncy around town, rarely settles on motorways and is, quite frankly, very annoying. 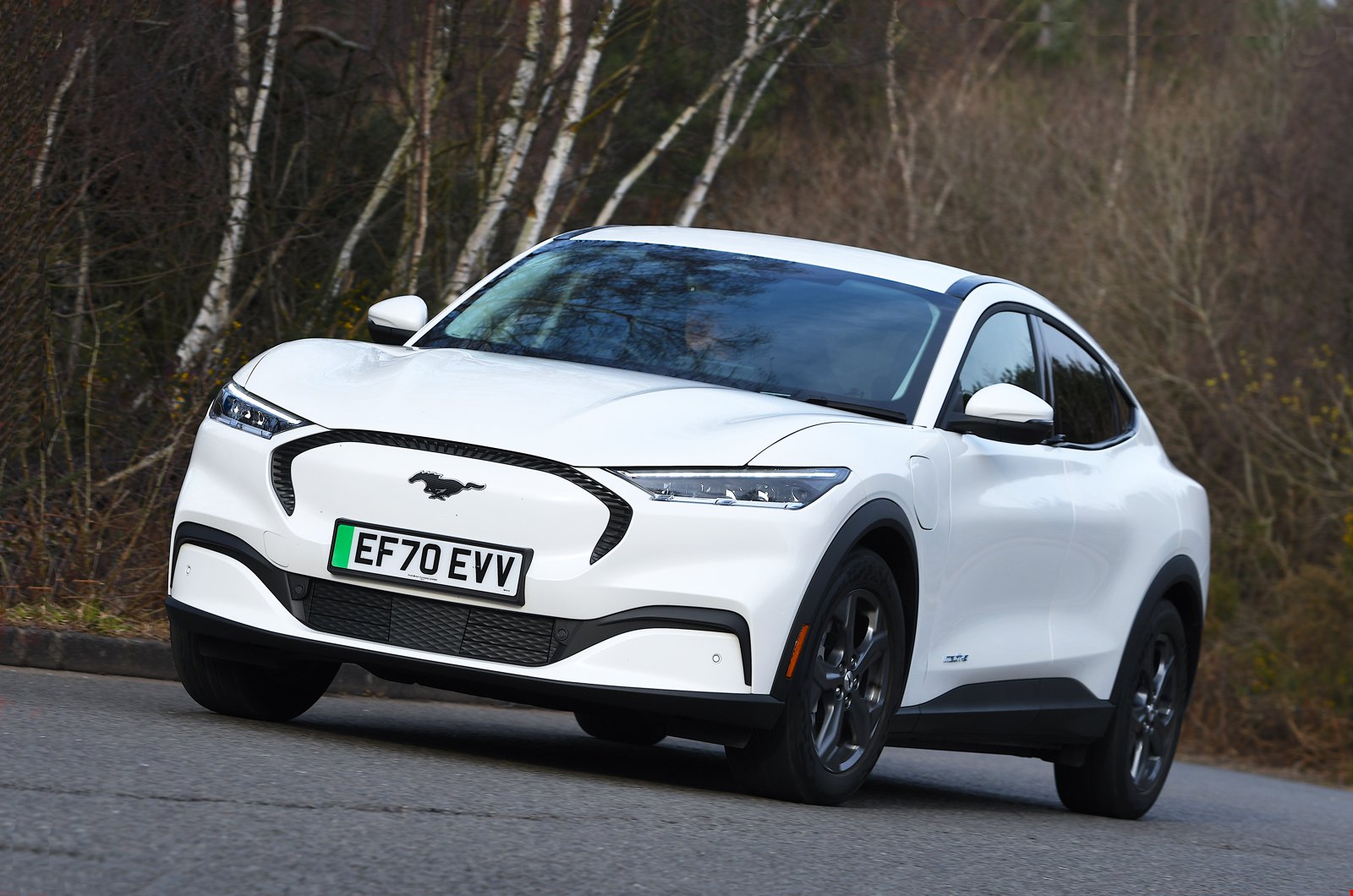 Such a reactive set-up doesn’t help handling, either. It’s fine at a gentle pace, and yes, the Mach-E will actually go sideways if you give it a boot-load of power out of a corner. Whoopee. But does that make this pony fun? Not really, when it’s bucking about like an angry mule over mid-corner furrows and you’re struggling to connect with its quick but inconsistently weighted steering.

Not that the ID.4 is thrilling – far from it. But it is predictable. The slower steering is more benign as you begin to turn, so it’s easier to get to grips with. It does weight up too much past a quarter of a turn, but it’s far from an arm wrestle in a car park, and the ID.4 has a far tighter turning circle. There’s also plenty of grip and the body movements are much better controlled. The ID.4 is an altogether calmer, more harmonious drive.

It’s the same story with the rest of the controls. The Mach-E lunges off the line unless you’re judicious with its accelerator pedal and lurches to a stop if you’re not careful with its binary brakes. It does offer a ‘one pedal’ driving mode, though; this means you can slow to a stop in most situations just by lifting off the accelerator. 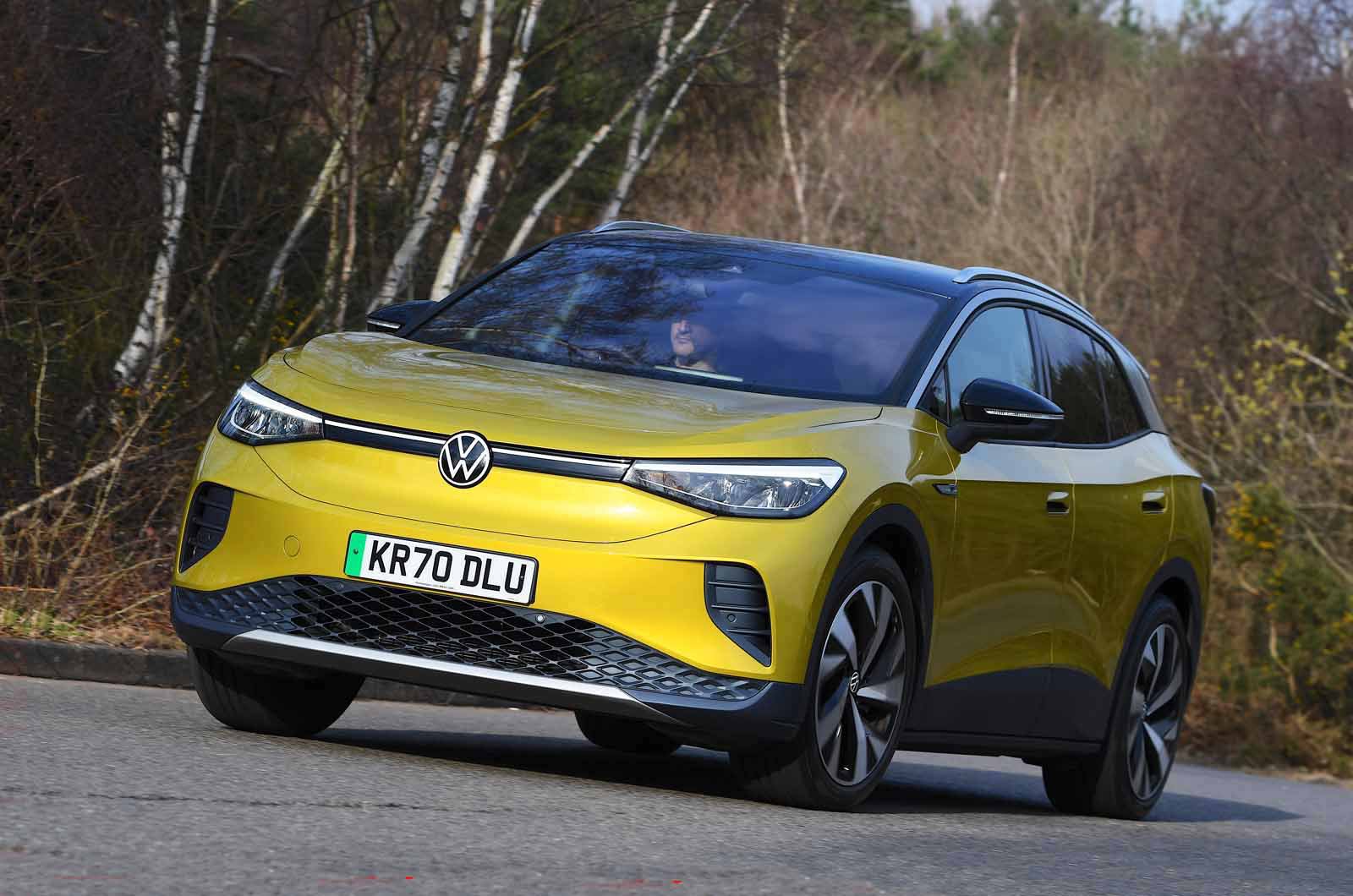 The ID.4’s regenerative braking can’t be ramped up to that level, but it can still mimic the subtler engine braking of a petrol car and, when you do hit the brake pedal, it’s less spiky in traffic. The braking effort can be harder to predict at higher speeds, although we’re not questioning its ultimate stopping power. Both pulled up from 70mph within 45 metres – not bad.

On the motorway, they’re both fairly quiet. You hear similar (and far from overbearing) wind noise from their door mirrors, while the Mach-E has slightly less road noise. It suffers from a lot more suspension noise, though.