With the radical Ioniq 5, Hyundai is looking to carve its first slice of the large electric car market. But can it get the better of models from Tesla and Volkswagen?...

For most people – basically, anyone who’s not a basketball player – all of our contenders have an abundance of front head and leg room. The Hyundai Ioniq 5 and Volkswagen ID.4 are noticeably wider than the Tesla Model 3, but even that doesn’t feel pinched across the middle.

The Model 3 has the fewest and smallest trays and cubbies, but the Ioniq 5’s door bins are pretty slim, while the ID.4’s glovebox is tiny. At the same time, none of them leaves you high and dry for a place to stick your knick-knacks. 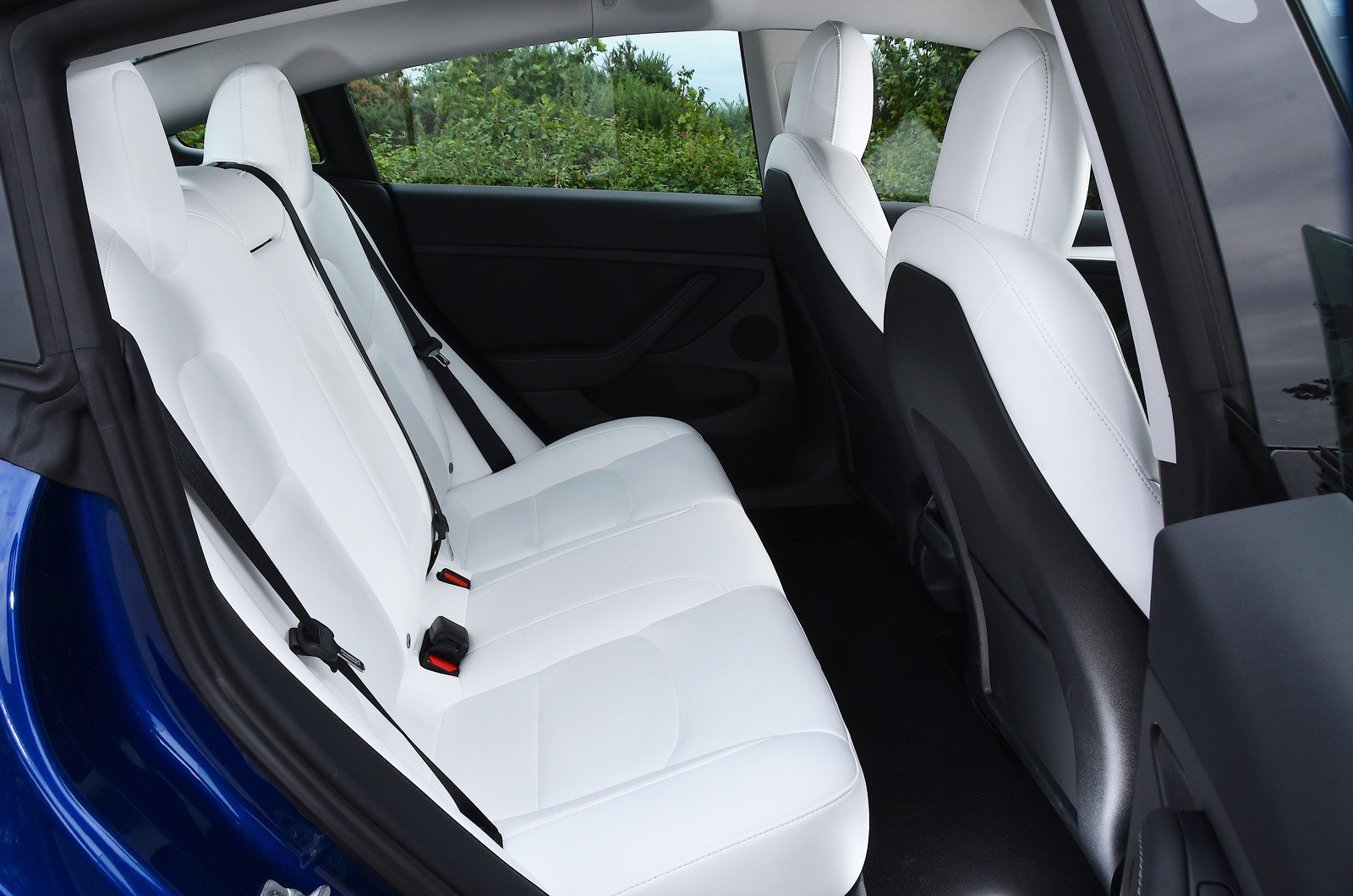 Our contenders’ back seats all provide as much space as two tall adults could reasonably need, but for the record, the Ioniq 5 is the most generous. The ID.4 is comfier, though. It has the most space for your feet under its front seats, and you sit higher than you do in the other two. The Model 3’s rear bench is especially low to the floor, so it’s like sitting on a futon.

The ID.4 is also the best for a middle passenger. It has the most head room, while the Model 3 has the least, but none of them has a hump in the floor, so the middle passenger has plenty of foot room.

Only the Ioniq 5 has the added flexibility of sliding and reclining rear seats, but each car comes with 60/40 split-folding backrests, and the ID.4 also has a ski hatch. 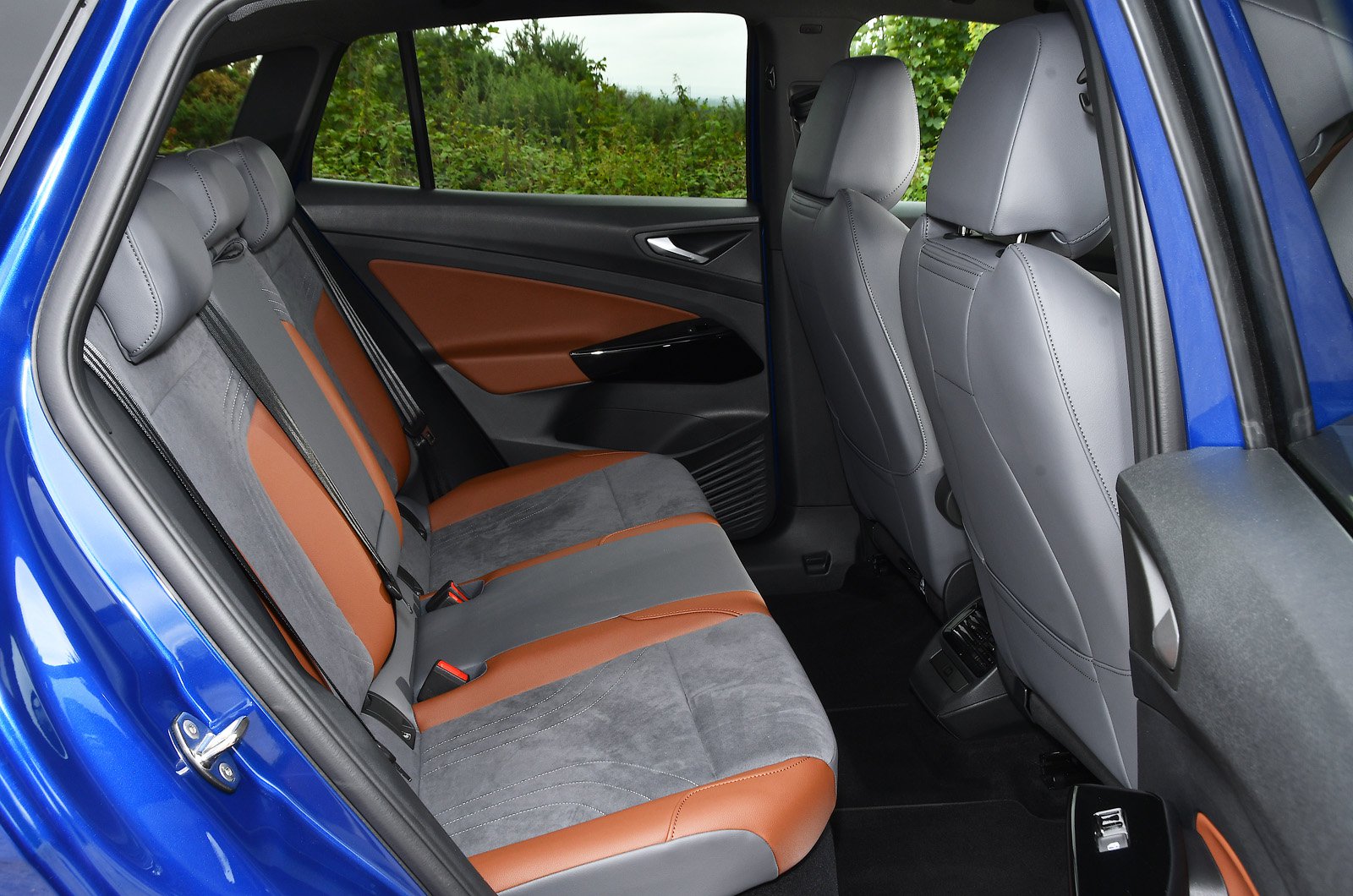 The ID.4 is the only one that leaves you with a step in the boot floor when the rear seats are down. It has no ‘frunk’ (front boot), so the only cable storage is a small well under its boot floor.

The other two have space under their bonnets; in the Model 3, this is big enough for a carryon suitcase. Combined with its sizeable main boot (including a big void under the floor), the Model 3 can hold a total of 10 cases, versus nine for the ID.4 (below the parcel shelf) and seven for the Ioniq 5 in its rather shallow boot. 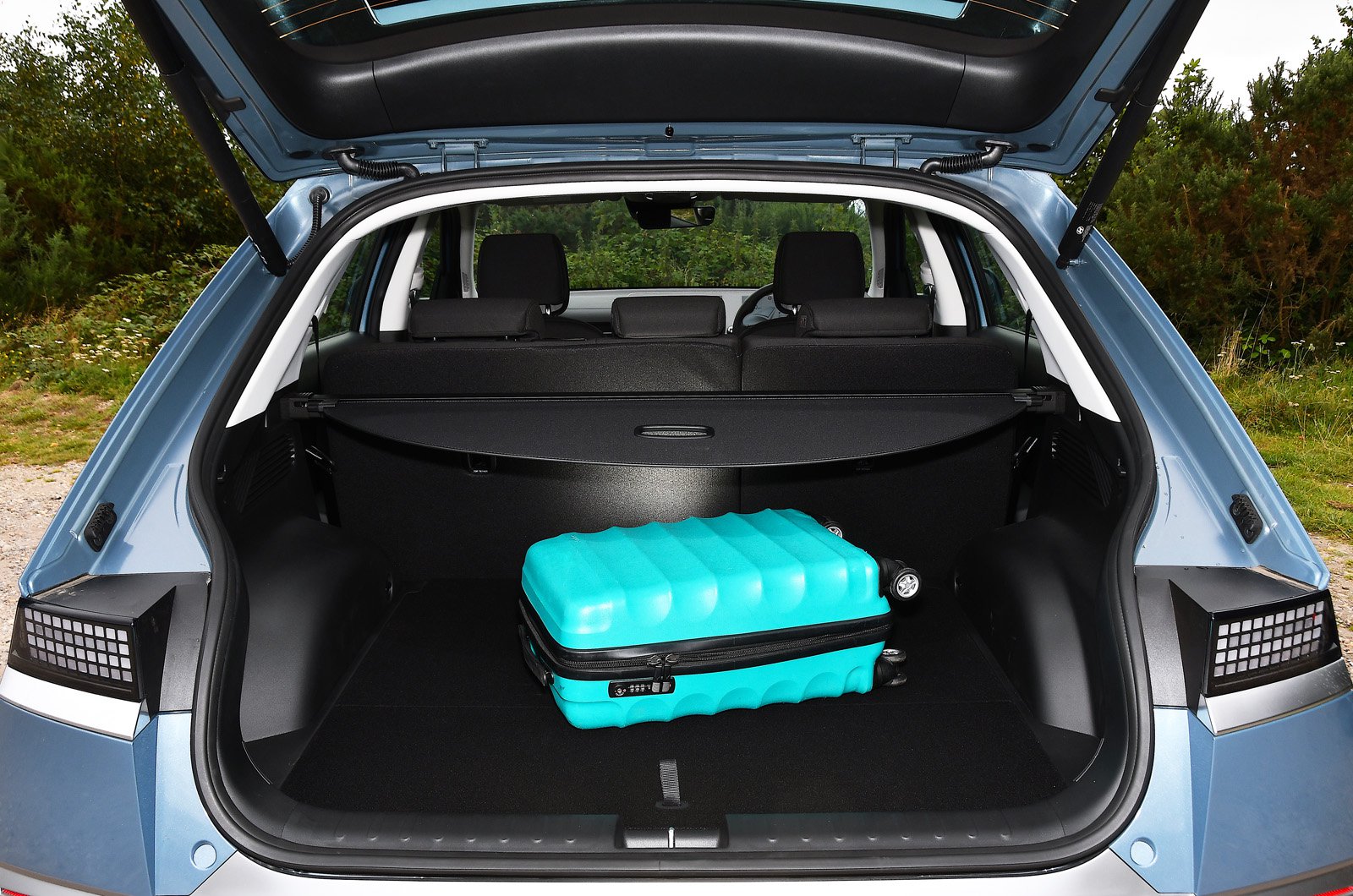 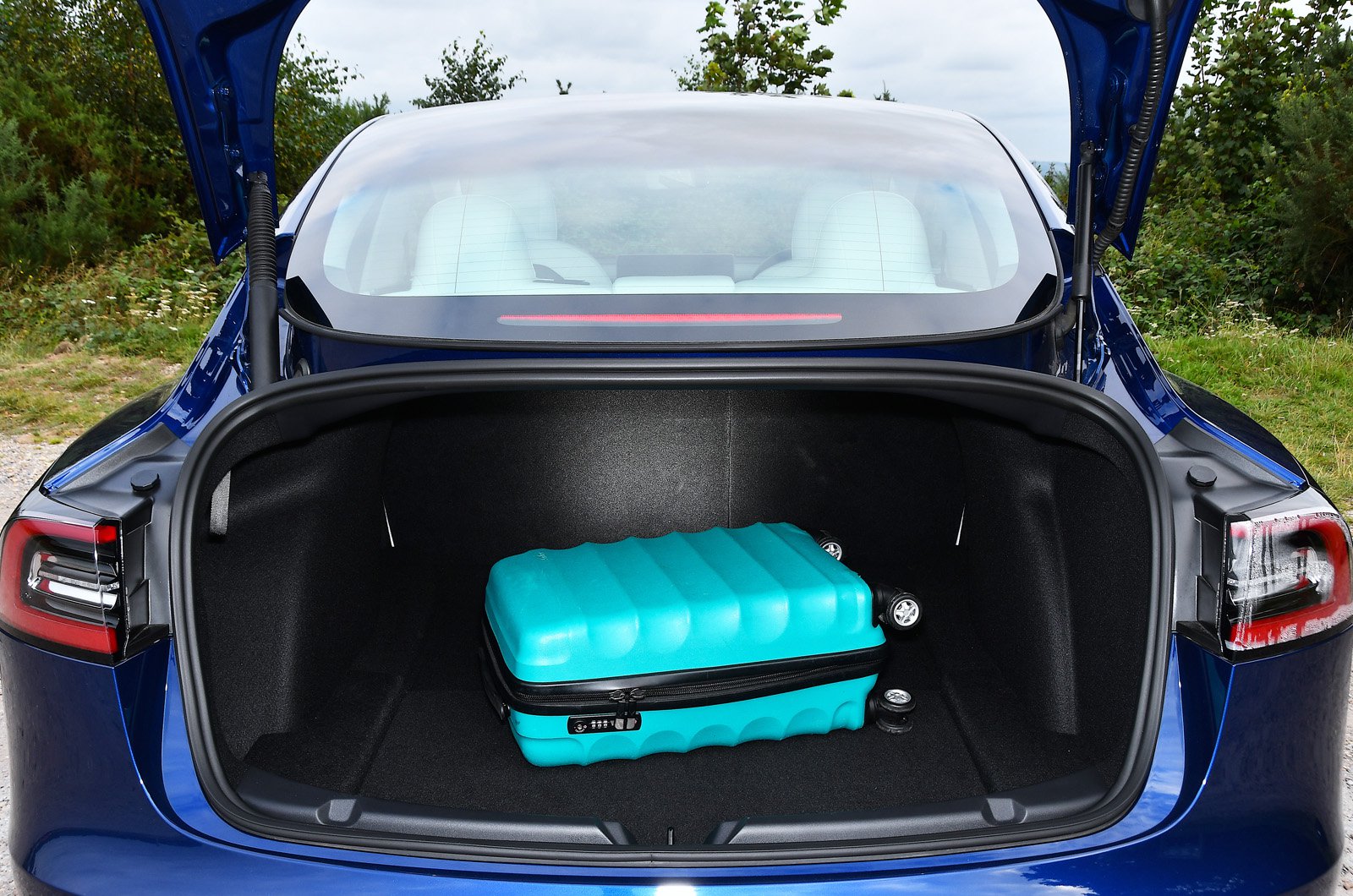 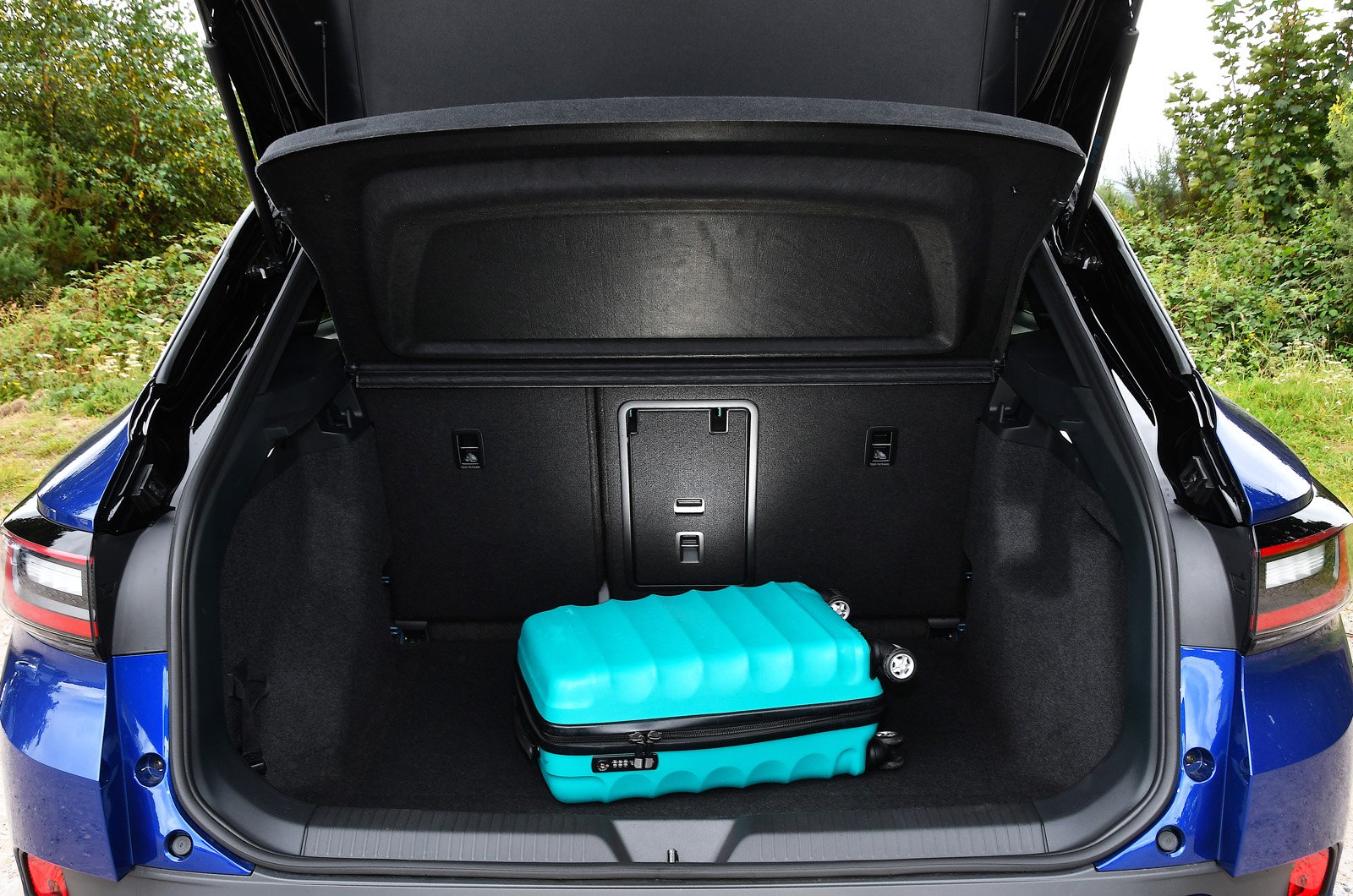