* Another 15 non-production days * No jobs will go, though * New car at Geneva motor show... 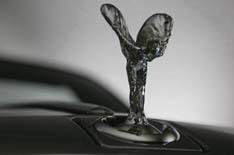 Rolls-Royce has announced it is further cutting production at its factory in Sussex.

The latest cut is another blow to the company, which has already announced plans for 42 non-production days at its Goodwood factory.

Rolls-Royce today confirmed it will add another 15 idle days to the previous tally.

The company has said there will be no job losses as a result of the cuts in production. It has already announced that 40 temporary jobs would be lost, though.