Large SUV buyers have never had so much choice, so where does the Seat Tarraco fit in among its competitors?... 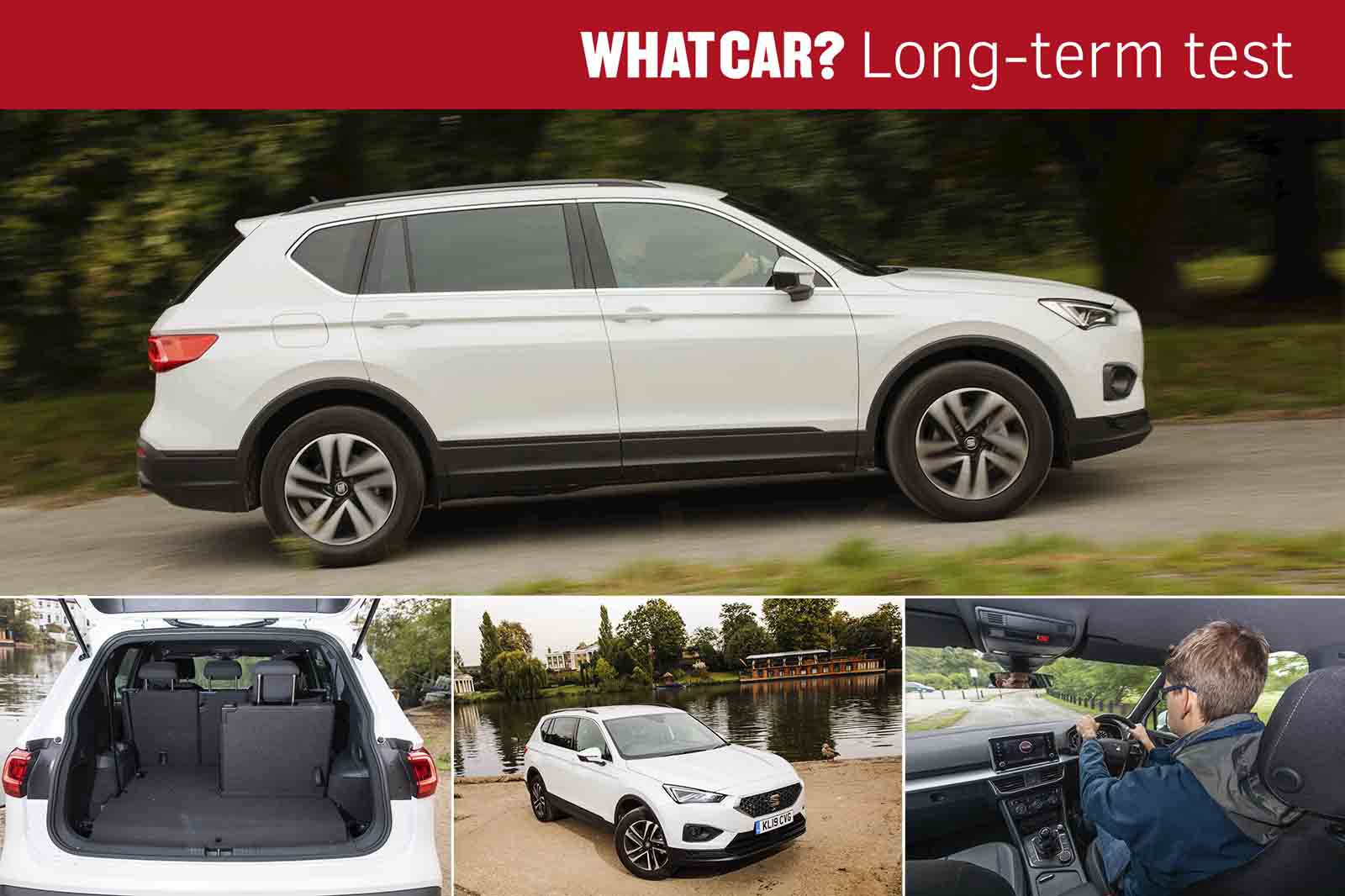 Needs to Be practical, economical and ideal for everything from short urban hops to long-distance holiday travel

The Seat Tarraco is a seven-seat SUV that is good to drive, good to use and relatively easy on the pocket. Over more than 3000 miles of family travels and work commuting, I have enjoyed pretty much every mile and, despite the best efforts of everyone who has climbed aboard, failed to unearth any valid reasons not to buy one. The Tarraco really is that good.

At its core is a package that offers terrific quality and value. The diesel engine is strong, refined and economical, the interior is packaged to make family life easy and equipped with slightly more than average gizmos and aids over rivals, while the asking price is reasonable, especially when you factor in some of the generous What Car? Target Price discounts available. My mileage was covered over a town commute and regular if infrequent longer journeys, usually four up and dominated by motorway driving. Whatever the circumstances, the Tarraco was nigh on effortless to drive, even when it came to slotting its relative bulk into a space in a tight 1960s multi-storey car park, and swallowed all we threw at it even for a week away.

The short summary, therefore, is that I would  have no hesitation in nodding enthusiastically if someone suggested that they wanted to buy one, and especially vigorously if they had a nearby Seat dealer that added convenience to the common-sense equation of choosing this car. For many, I’m sure fuss-free, satisfied car ownership comes in the shape of the Tarraco.

But there is a niggle to this positivity that is worth highlighting because, for all I believe the Tarraco warrants the praise heaped on it, I do not have a long list of standout features that make it a must-buy car tripping off my tongue. Perhaps the greatest discovery when I was comparing the Tarraco to my previous Skoda Kodiaq test car was the number and easy positioning of multiple USB points. I’d argue they represent a significant step forward over its rival, not least because of the family arguments they helped settle, but I also have to acknowledge that it is a pretty detailed reason to recommend a car.

An almost isolated but more significant downside, in contrast, came on the rare occasions we made use of the rearmost seats. For most people, the sixth and seventh seats in a seven-seater are used irregularly and for short journeys, but there’s no doubt that the Tarraco’s are harder to access and less spacious than those of rivals, including the aforementioned and related Kodiaq’s and the Peugeot 5008’s.

The latter car is worth dwelling on, both because it retained its What Car? Award as Large SUV of the Year for the third consecutive year, but also because it is another car in this class that I have run under the same everyday circumstances.

What it and the Kodiaq (among others, led by the likes of the Mazda CX-5) really emphasise is the quality of the competition in this class. To my mind, and that of our test team, who have given it a five-star verdict, the 5008 is both slightly more practical (individually sliding middle-row seats add versatility, for instance) and blessed with a slightly more appealing level of wow factor, from the plusher interior materials through to the evidently designed dash (as opposed to a brilliantly effective but bland one). How, then, should a prospective buyer weigh all this up? At this level of quality, I suspect it boils down to a large degree of personal preference and convenience, measured against the continually sliding scales of the Target Prices on offer.

All things being equal, I’d choose the 5008 each and every time. In almost every area, it is fractions better. For all that, though, I’d be the first to acknowledge that you would just as likely buy the Seat and never have a regret.