Is it possible to live with an electric car even if you can't charge it at home? We're finding out with the help of the Skoda Enyaq electric SUV...

If there's ever a chance to play a character from The Great Escape on stage, I’d like to be Big X. Richard Attenborough starred in the role in the 1963 film, and his character was at the centre of the operation. Essentially, Big X was a planner, and that’s exactly what I'm having to be during my time with the Skoda Enyaq.

You see, not being able to charge my car at home, I’ve had to learn the lie of the land as far as charging infrastructure is concerned. That means not only knowing which chargers are in my area, but also which networks they belong to, how fast they can charge my car, how much they cost to use and, crucially, how prone they are to breaking down. 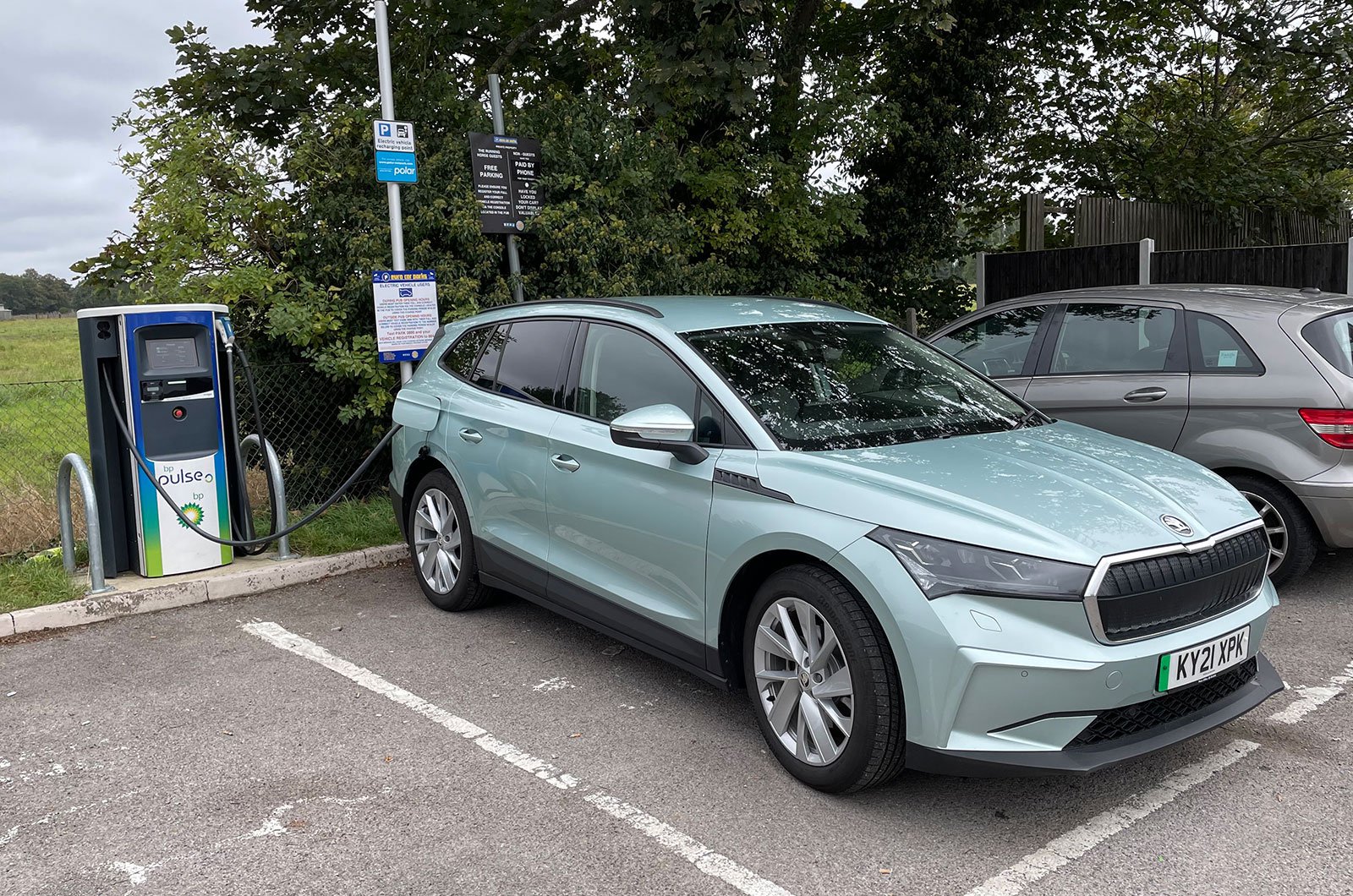 I’ve used a combination of local knowledge and a free app called Zap-Map, which shows every charging station on a handy map, and lets users report any chargers that have broken down. It’s been reliable so far, and I’ve started to contribute too, reporting any charger that I've found to be out of action.

The result, in theory at least, should be a crowd-sourced map of working charging stations that will help new electric car drivers find their way.

The resulting field work has led to three favourite charging points. One is a 50kW BP Pulse unit at a nearby pub, but which is located on land where I would also have to pay to park.

The second is at a local Tesco, and is free to use thanks to the supermarket chain’s partnership with Volkswagen, but only charges at a relatively slow 7kW. The third – and the best so far, is an awkwardly located but reliable, fast and cheap-to-use Genie Point charger at an Esso fuel station about a mile from my house. 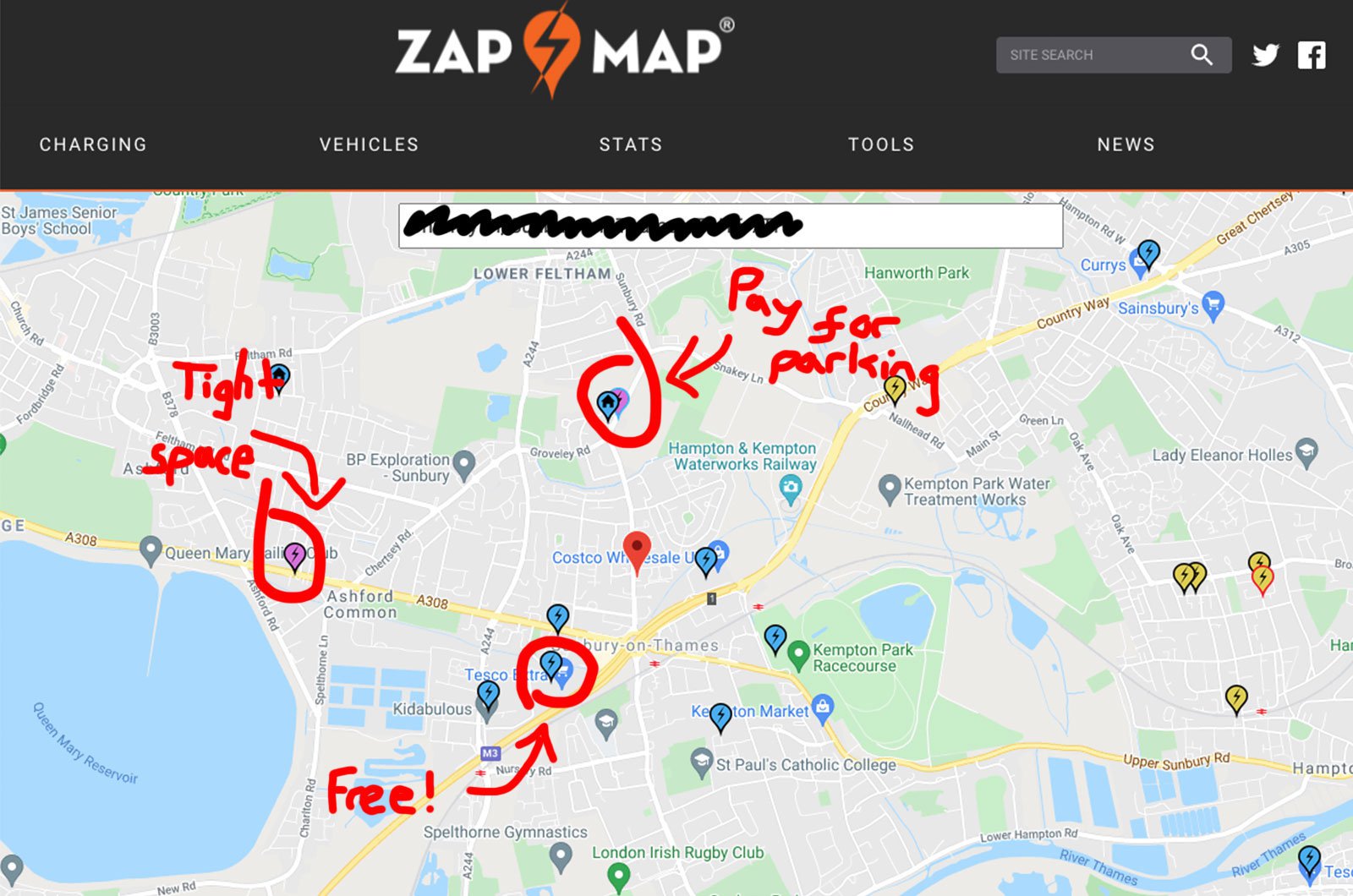 I say 'awkwardly located' because the Genie Point unit is placed at an angle and has relatively short cables attached to it, so I have to park the Enyaq very close to a hedge to get it all lined up. Still, once I’ve done that, I can activate the charger remotely from my phone. It’s not quite The Great Escape, but I think Big X would be proud of my reconnaissance work so far.