If you're in the market for a good-value seven-seater, you can't do better than the Ford S-Max or Vauxhall Zafira Tourer. But which one makes the most sense as a used buy?...

The S-Max has always been the seven-seat MPV you buy if you like driving, but how does it fare against the cheaper Zafira Tourer as a used buy?

The Zafira Tourer is cheaper and more frugal than the S-Max, but is it a better option for big families?

Ford's introduction of the S-Max in 2006 gave MPV buyers a chance to rejoice. At last, here was a seven-seater that was easy on the eyes and also genuinely enjoyable to drive. Unsurprisingly, it sold by the bucketload. Its replacement in 2015 offered more space, a more upmarket interior and much lower running costs. Back then, we tested the biggest-selling variant, the 148bhp 2.0-litre diesel engine combined with Zetec trim.

To pit against it, we chose the Vauxhall Zafira Tourer, a smart and stylish seven-seat MPV that launched in 2013. In 1.6-litre diesel form, it was only slightly less powerful than the S-Max and yet it was considerably more fuel-efficient. Vauxhall’s business-focused Tech Line trim also brought an impressive list of standard equipment, and back then the car cost less than the S-Max.

Now, these cars offer the used car buyer on a budget all the space and practicality that most families could need. The S-Max may have the reputation for being good to drive, but that same Zafira Tourer we tested in 2015 is now considerably cheaper to buy. Can the S-Max justify its higher price or is the Zafira Tourer a bit of a used car bargain?

The S-Max’s engine is bigger and has more power and torque, but there isn’t much to split the two for outright performance. The S-Max’s taller gearing means it ’s actually slightly slower when accelerating from low revs using the higher gears. However, change down a couple of gears, rev the engine hard and it’ll accelerate slightly more briskly than the Zafira Tourer. The S-Max's engine is also quieter when worked hard and fewer vibrations make their way into the interior, and the car also has the more positive and precise gearshift. You’ll also notice less road and wind noise when cruising at motorway speeds in the S-Max.

No one expects an MPV to handle like a hot hatch, but the S-Max is as good as you could possibly hope. Its steering is accurate and evenly weighted, the front tyres grip hard through tight corners and the large body stays surprisingly upright. Meanwhile, the Zafira Tourer’s steering feels vague around the straight ahead and there’s less grip to exploit when cornering quickly. There’s more body roll, too, although the the car never gets too out of shape through corners. 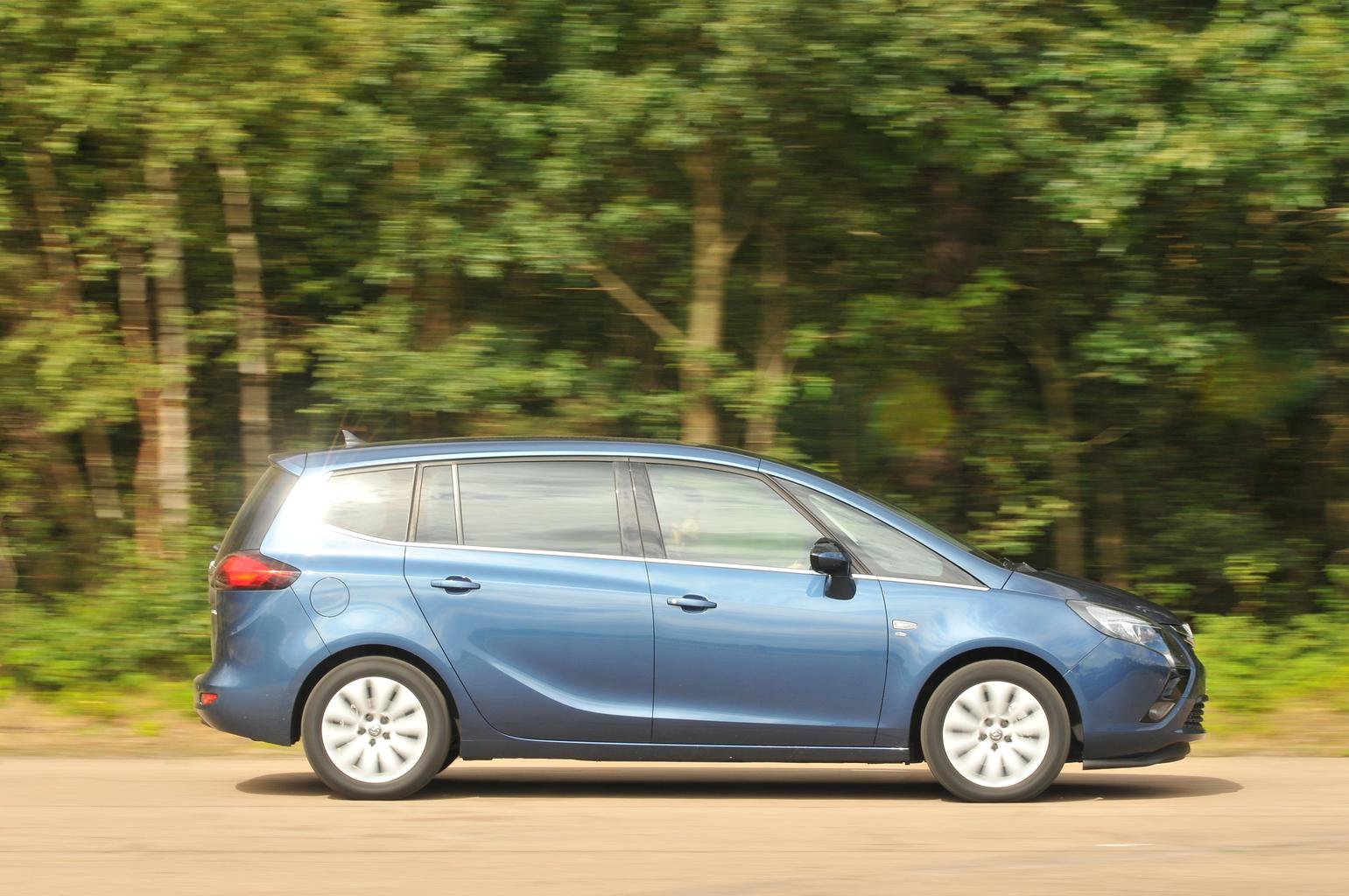 Our S-Max had larger-than-standard 18in alloy wheels fitted, but it rode well. It’s undeniably firmer than the Zafira Tourer, but only the sharpest bumps are felt inside. Importantly, its body remains composed at all speeds. The Zafira Tourer has altogether softer suspension and rides large obstructions, such as speed bumps, very well. However, it tends to move around more over patched-up surfaces and there’s more vertical body bounce whenever you encounter dips or crests in the road. 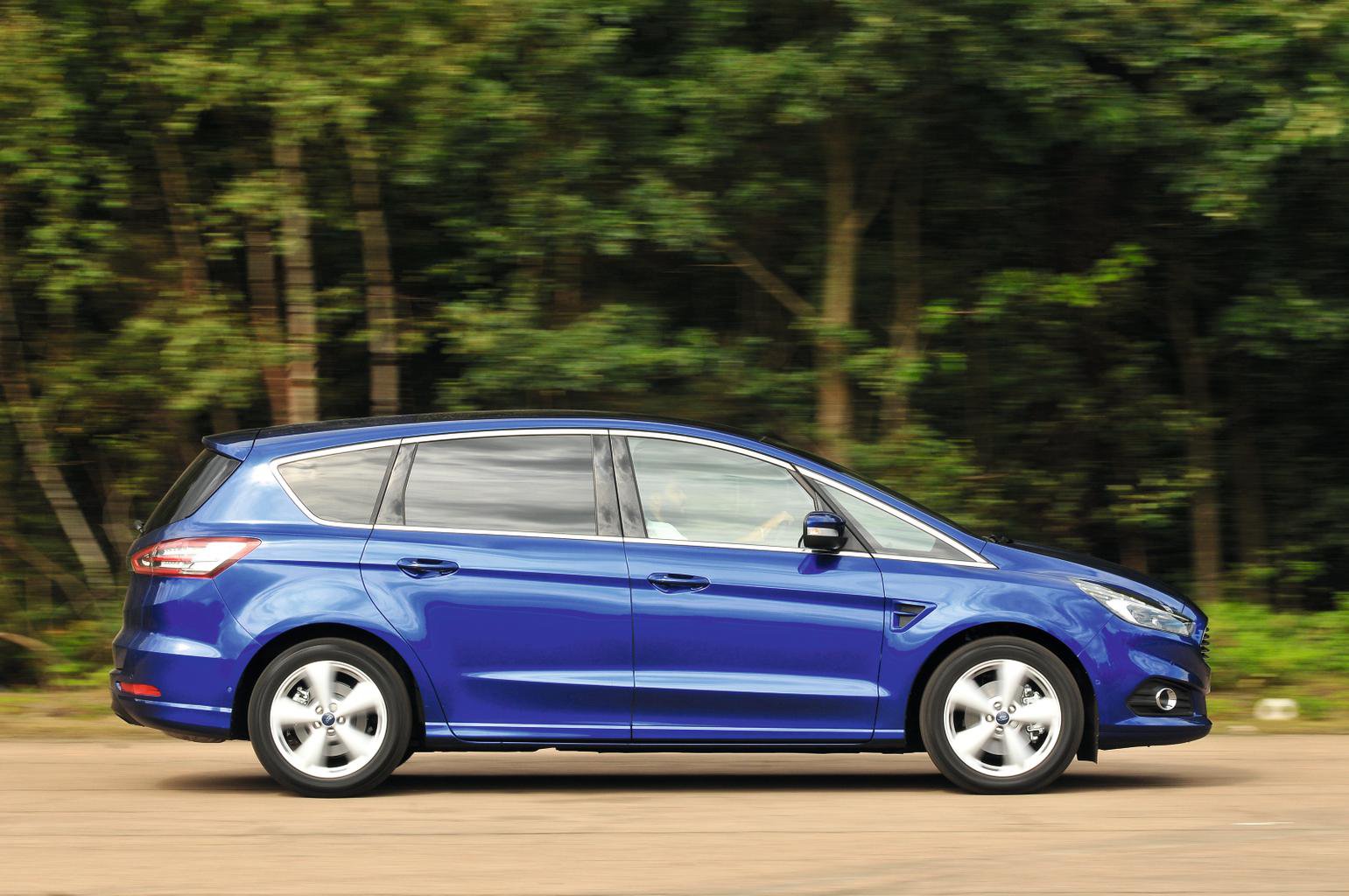