The Mazda MX-5 is a firm favourite with those who want fun in the sun, but what‚Äôs a used one like as your only car? We have four months to find out...

Needs to¬ÝProvide maximum smiles per mile without breaking the bank

Most reviews for the book 'Kafka on the Shore'¬Ýtalk at great length about magical realism, or its deeper meaning in relation to popular culture, but I‚Äôm focusing on chapter 13 and specifically the drive to the Kochi prefecture that Kafka and Oshima make in a Mazda¬ÝMX-5, because I feel it accurately matches the experiences I‚Äôve had with my Mazda.¬Ý¬Ý 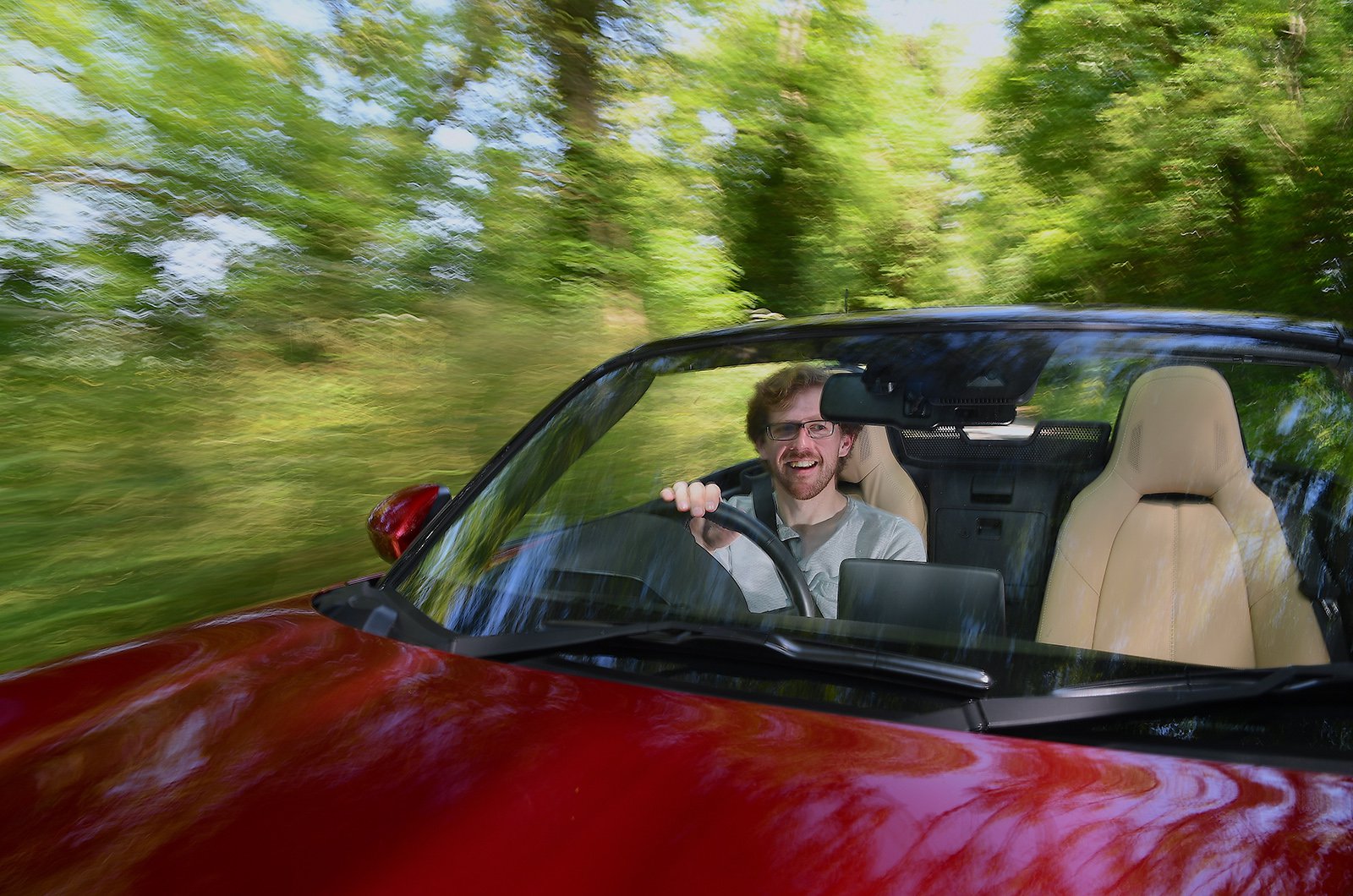 "Oshima changes lanes smoothly, slipping in between other cars, effortlessly shifting gears. Each time the hum of the engine changes slightly,"¬Ýread a passage in said chapter. It‚Äôs true that the diminutive size of the MX-5 does indeed allow you to cheekily nip into gaps. Plus, visibility is excellent with the roof down, because¬Ýthere‚Äôs an unimpeded rear view over your shoulder.¬Ý

The gearbox is another delight, because the shift action is one of the best around. It‚Äôs so direct that I‚Äôm convinced I can feel the teeth of each gear meshing together every time I move¬Ýbetween ratios. It‚Äôs also apt that the book mentions the engine‚Äôs tone only changes slightly;¬Ýthe gearing is fairly short in the MX-5 to make sure the engine revs remain high enough so that you‚Äôre always in the sweet spot for power. Put your foot down and it‚Äôll accelerate without fuss as a result, accompanied by that subtle shift in tone.

Later in the book, the two characters leave the motorways and start climbing the twisting mountain roads: "Oshima flips the lights to full beam and races ahead, braking, accelerating, shifting from second to third and back."

I've found myself doing much the same thing along country roads;¬Ýthe LED headlights allow¬Ýme¬Ýto safely spot what‚Äôs ahead, while the car gives me¬Ýplenty of warning about how much grip is left in corners as I¬Ýease back onto the accelerator. The MX-5 has lost some steering feel compared with older examples due to its switch to electric assistance, but the weighting is practically perfect and the car always goes where you point it, so that‚Äôs only a minor quibble. 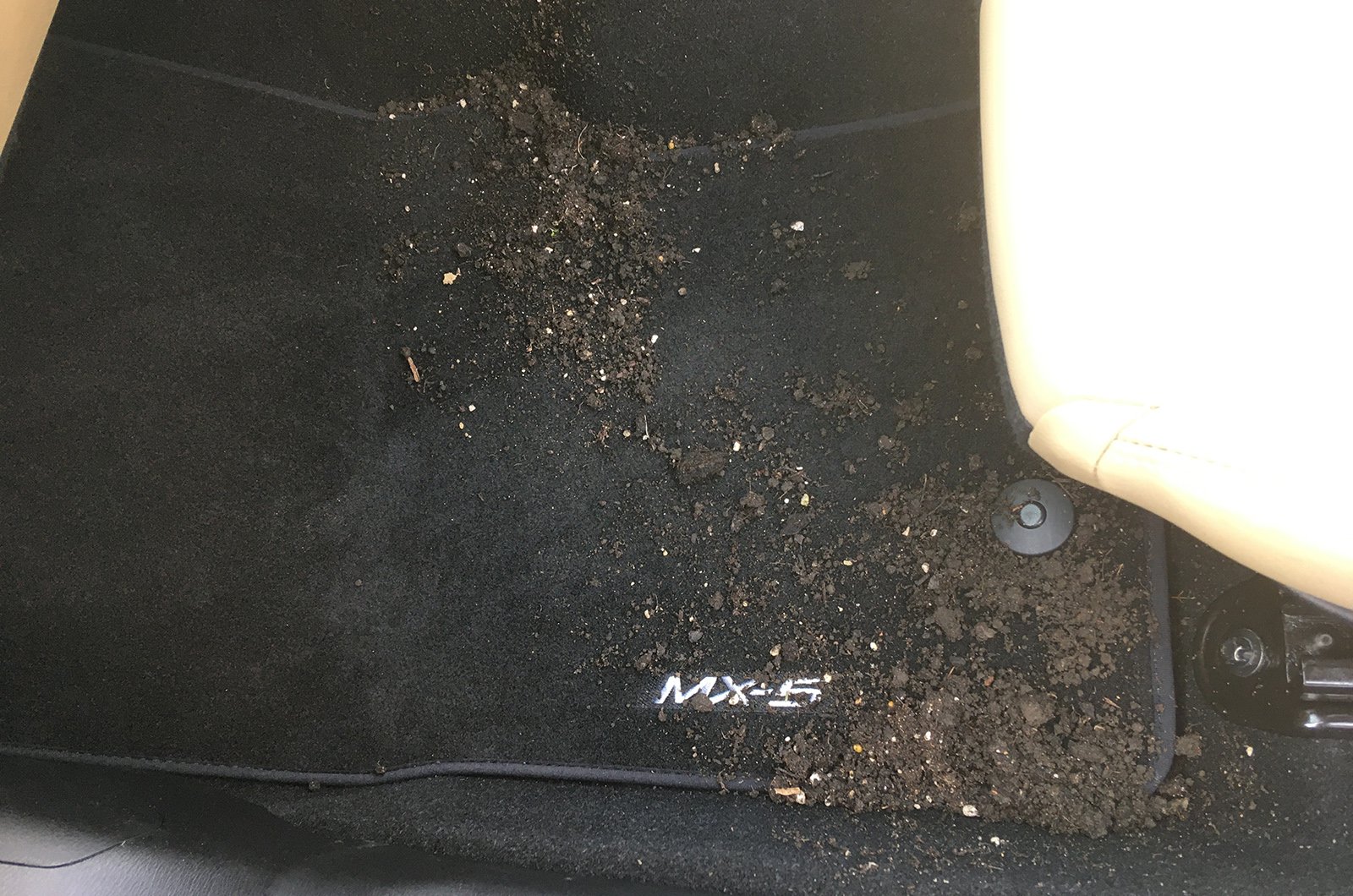 Indeed, the only major downside with the MX-5 is the small boot, which means I'm¬Ýoften tempted to carry items in the passenger footwell. I tried transporting a pot plant, and after a slightly enthusiastic turn around a roundabout, it inevitably fell over and transferred a load of soil onto the carpet. It was a shame I didn‚Äôt have a protagonist next to me to hold it in place, as in Kafka's adventure, but fortunately¬Ýit all hoovered out.

More from our long-term Mazda MX-5 >

The Mazda MX-5 is a firm favourite with those who want fun in the sun, but what‚Äôs a used one like as your only car? We have four months to find out

If power corrupts, having less of it isn‚Äôt a bad thing, right? To find out, we're pitting the new four-cylinder Toyota Supra against its main sports car rival from Porsche

Car of the Year Awards 2021: Best sports car for value

Why has my car been given lots of MOT advisory notices?