The Panamera brings a Porsche-style driving experience to a five-door, four-seat hatchback

Its sleek, sweeping lines mean nothing else out there looks quite like the CLS

Most luxury cars are four-door, three-box saloons, so as lovely as they are, some people find them rather bland to look at. Fortunately, there’s an option out there for the luxury car buyer who wants a little more pizzazz in their life: the large, four-door coupé.

You might expect such a thing would cost you the earth, but if you buy used, that doesn’t necessarily have to be true. Take the Porsche Panamera, for example. Its looks are slightly awkward from some angles, but it’s undeniably imposing, and with four doors, four seats and the promise of Porsche’s fabled driving dynamics, it’s nonetheless an immensely appealing package.

Yet today, a six-year-old example with average mileage and a full service history can now be had for a little over £30,000. That’s a smidge less than half the price it cost when it was brand new, which makes it feel like something of a bargain.

But if the Porsche is a bargain, the Mercedes-Benz CLS is almost a giveaway. The CLS was the car that started the four-door coupé trend, and this second-generation car is arguably a more handsome car than the Porsche. It can’t boast the Panamera’s hatchback tail end, mind you, but it’s every bit as plush inside – yet an example like this can be had for little more than £15,000 on the used market. That’s a seriously tempting price – and it means the Porsche will have to offer something special to make it worth the premium.

The 3.0-litre engine in the Mercedes CLS has loads of creamy torque, which makes it incredibly flexible. Whether you’re charging hard or simply pulling away smoothly, the CLS’s engine has it covered.

Remarkably, too, it’s so fast that it actually outdrags the porsche, with the Merc posting a 0-62mph time that’s half a second quicker. But that isn’t to say the Panamera’s slow. It still has plenty of urge when required, and most drivers will find it more than quick enough for their needs.

With Porsche’s sporty reputation, you’d be forgiven for expecting the Panamera to be quite firm. But actually, comfort is the Porsche’s forté, and it rides as smoothly as you’d expect from a luxury car. 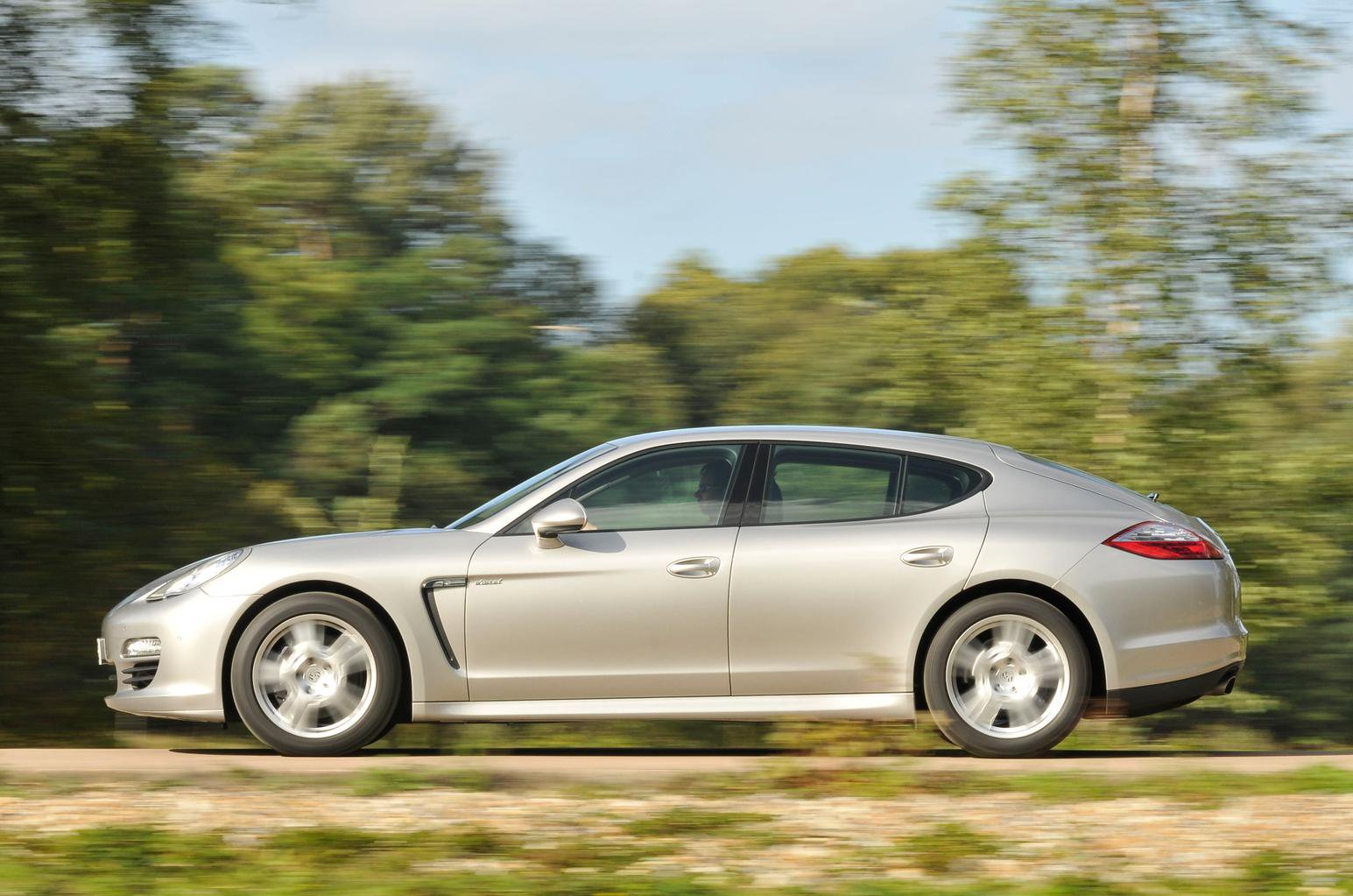 In actual fact, it’s the Mercedes that’s the firmer-riding of the two, though that does result in better body control than in the Porsche – the Mercedes doesn’t lean over quite so much in corners, in other words.

What’s more, the steering manages an impressive balance between being light at slow speeds, and sharp at higher ones. Mind you, it’s the Porsche that has the better steering of the two cars – it’s beautifully weighted and incredibly accurate, which goes some way toward making up for the slightly softer suspension.

Both cars are pretty serene, but it’s the Porsche that takes the prize for being the quietest of the pair. Engine, wind and road noise are all largely absent, making it a satisfyingly silent car to drive around in. The Mercedes’s engine is quiet, too, and wind noise is kept to a minimum, but there’s too much road noise at higher speeds, with rather spoils things. 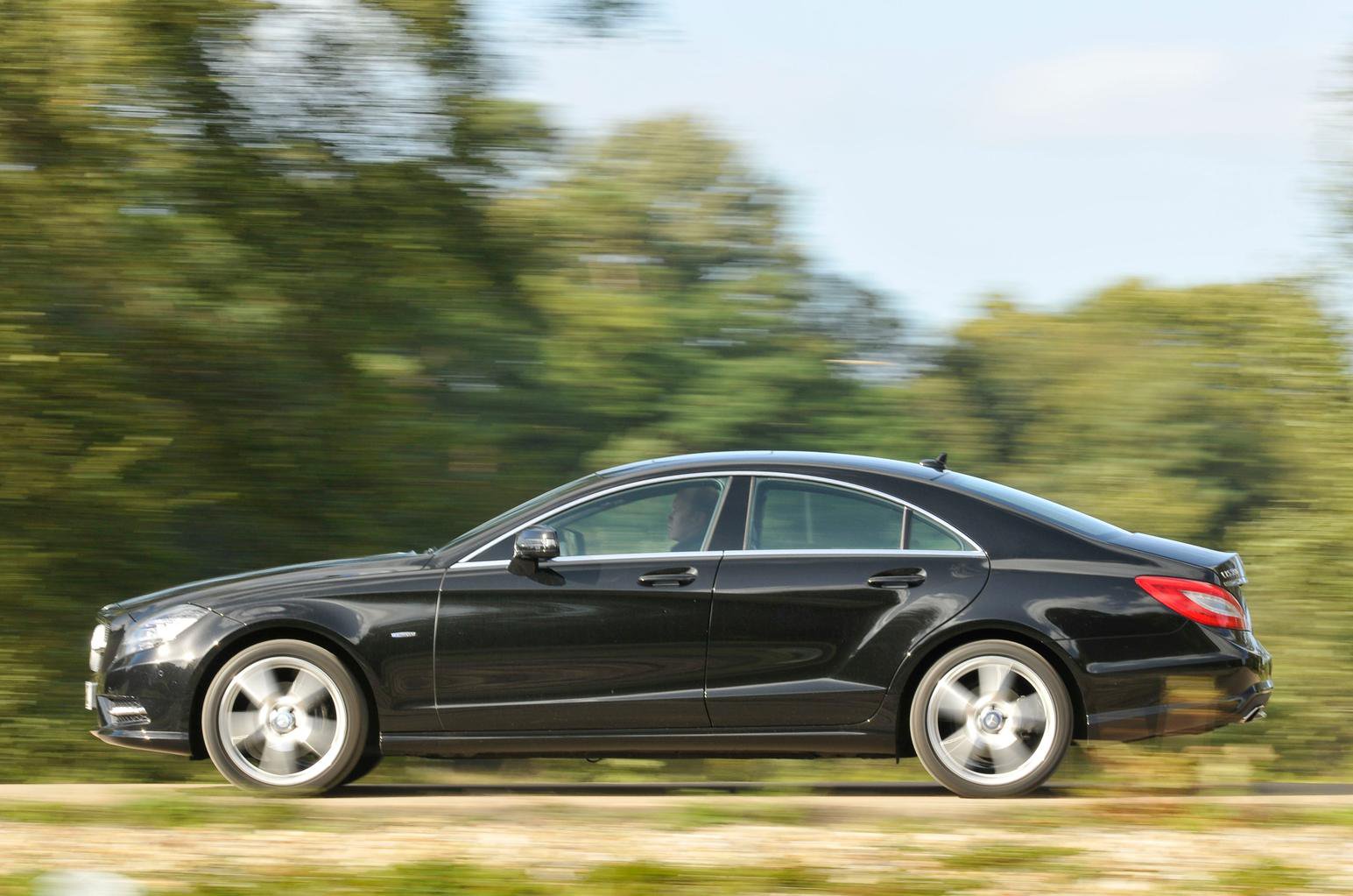