A used BMW 6 Series Gran Coupe is both stylish and great value these days – but is it worth paying the extra for a Porsche Panamera instead?...

BMW’s four-door coupe looks the part, and it’s starting to look like great value, too

The diesel Panamera is a real-world Porsche for all the family, but is it worth its hefty price?

Big cars tend to have a hard time on the used market. Simply because they’re seen as large, complicated and expensive to run, many used buyers steer well clear, leading values to plunge.

Of course, that can be to the benefit of those buyers who are more open-minded to the idea of something sizeable. Even with all their modern technology, big used cars are rarely heinously unreliable these days, and as many are available with fuel-efficient diesel engines, they don’t have to be heinously expensive to run, either.

As a result, a savvy used buyer can end up with a stylish luxury car that’s brimming with toys for a fraction of the price it would have cost when new, just a few years ago.

Take the BMW 6 Series Gran Coupe, for example. It has all the looks and presence of the standard 6 Series, with the added practicality of two extra doors – and it’s available with some very frugal diesel powerplants under its elegant nose. And because buyers are jittery about buying something so large, it can be had for very reasonable cash these days.

Its biggest rival, the Porsche Panamera, has also depreciated heavily, though as the result of the badge on its nose, it’s held its value a little better, making it more expensive to buy than the BMW. Then again, it does promise to match the opulence offered by the BMW, while also throwing in the sort of driving experience you’d expect from a Porsche. Does that mean it justifies its extra cost? Read on to find out.

While the diesel engines in both of these cars mean that, at the traffic lights, you sense a tingle of vibration and a hint of engine chatter, you’ll need to concentrate pretty hard to hear and feel it.

It’s a different story once the lights turn green, however. The Porsche’s engine roars and protests as the revs rise, while the BMW’s simply breezes through the gears with a satisfying burble that would shame many a petrol engine. Just as impressively, there’s a good deal less wind and road noise in the Gran Coupe.

The performance gulf between the two cars is every bit as stark, which is hardly surprising considering that BMW’s 3.0-litre twin-turbocharged engine produces 61bhp and 58lb ft more than the Porsche’s 3.0-litre unit. 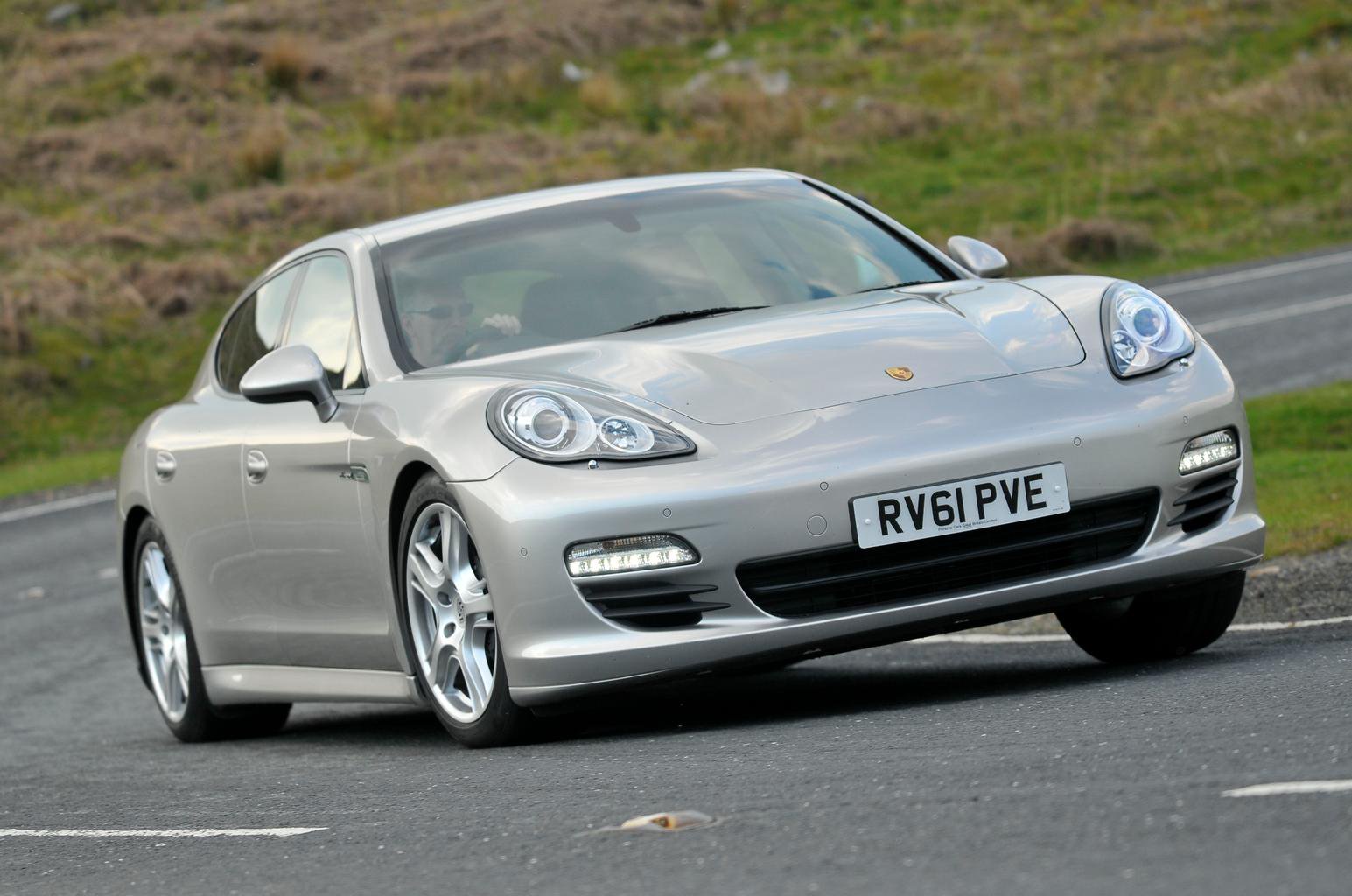 These figures are brought spectacularly to life as the Gran Coupe launches itself forwards, leaving the Panamera floundering in its wake. As you pick up the pace, though, the solid steering feel of the Porsche allows it to glide elegantly and accurately from corner to corner. On the downside, the Panamera’s steering becomes unnecessarily heavy at lower speeds, so parking it requires a fair bit of manhandling.

At speed, the BMW doesn’t offer the Porsche’s steering delights, but it’s worth seeking out an example fitted with the optional Active Drive system, because it makes a mockery of the 6 Series’s bulk, gripping and flowing through corners even more nonchalantly than the Porsche.

This kind of control comes at a price. The ride on both cars is firm, and especially so in the BMW at low speeds, when potholes and expansion joints can be both heard and felt. Thankfully, as speeds rise, both cars manage to find a sweet spot and settle into a relaxed, easy rhythm.

A word of warning: avoid Gran Coupes fitted with 20-inch alloy wheels, no matter how tempted you are by their looks. They come with extremely low-profile, stiff run-flat tyres that have a terrible effect on comfort. 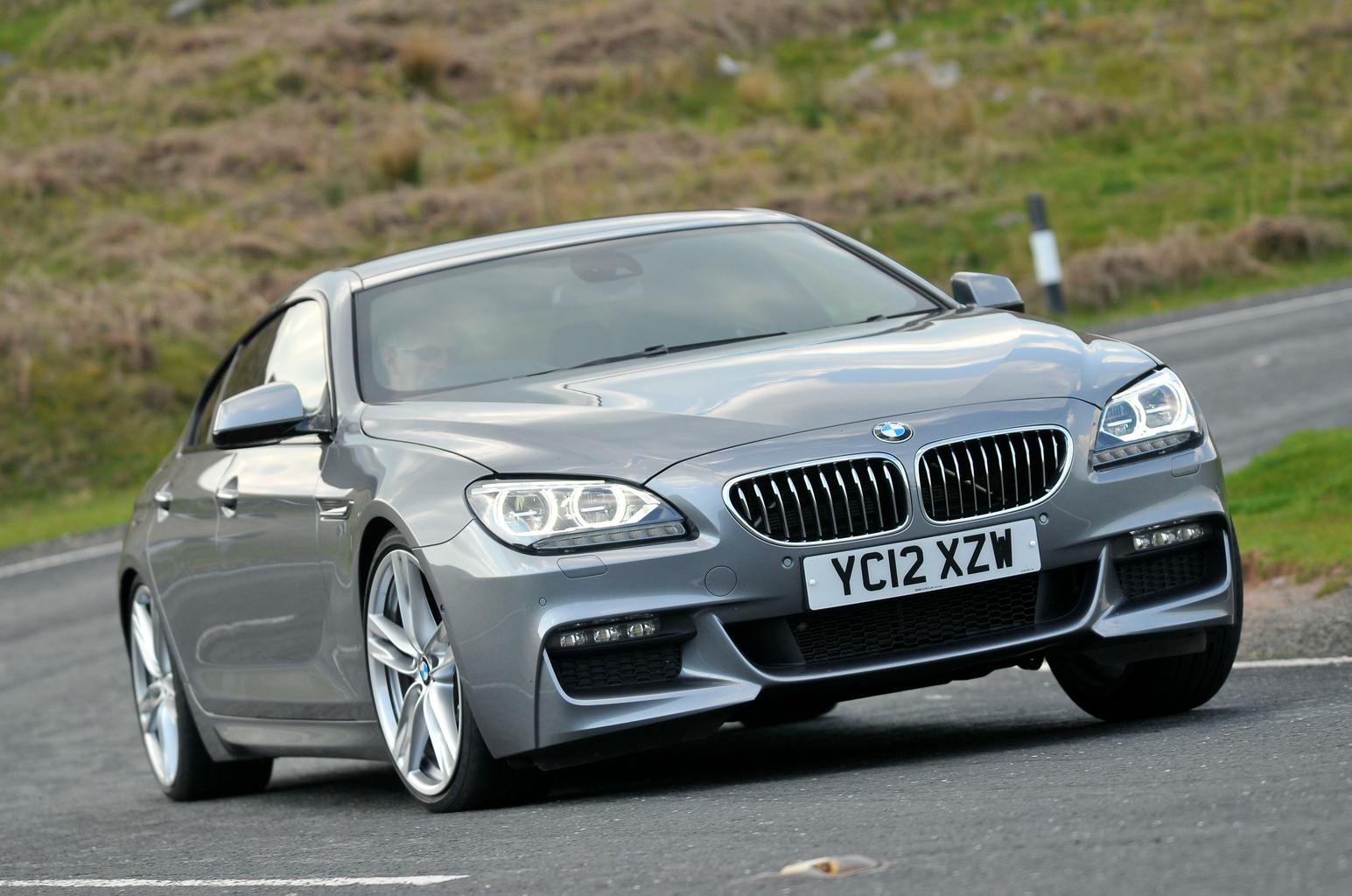