These three prioritise style and fun above all else. But which of them is bang on trend – and which is a fashion disaster?...

With off-the-wall styling and genuine performance, this is a Juke with attitude

Retro styling meets modern engineering, but unlike the original, this Beetle packs a punch

Nostalgia is a powerful thing – especially in the world of cars. And car makers know this, which is probably why some of the most fashion-conscious cars to emerge from their factories in recent years have had more than a whiff of retro appeal about them.

Take the Volkswagen Beetle, for example. It pays homage to the original in its styling, but otherwise it’s every inch a 21st Century product – underpinned by a modern Golf platform, featuring a classy interior, and powered by strong, fuel-efficent engines. This 1.4-litre version, with both a turbocharger and a supercharger, is distinctly sporting in its bent.

But the Beetle isn’t the only retro-modern fashionista out there. In fact, the Mini hatchback, which draws its inspiration from another motoring icon, has arguably been more successful. In Cooper S form, though, it doesn’t just look fabulous, but it’s also genuinely fast, not to mention a hoot to drive.

But fashion doesn’t have to mean looking backward, as the Nissan Juke proves. Its riotous creases and high, SUV-style stance are right up to the minute, and they’ve gone down will with those seeking an alternative to retro recreations – not to mention the practicality of five doors. And equipped with this 1.6-litre turbocharged engine, the Juke has plenty of performance to match the wild-child styling.

The Beetle feels a bit cumbersome at low speeds. It has a weighty, low-slung feel, and steering that takes three full turns to go from lock to lock, which means junctions, lane changes and parking all require more arm-twirling than is ideal.

A good deal of action can also be felt coming from the road surface, because of the firm suspension that clunks incessantly over any surface that isn’t absolutely pristine.

As speeds increase, however, that low centre of gravity helps stop the car’s body from leaning over too much in bends. There’s also a fair amount of grip, and even when the tyres do start to slide it happens gradually, so you get plenty of warning that it’s time to ease off the throttle. 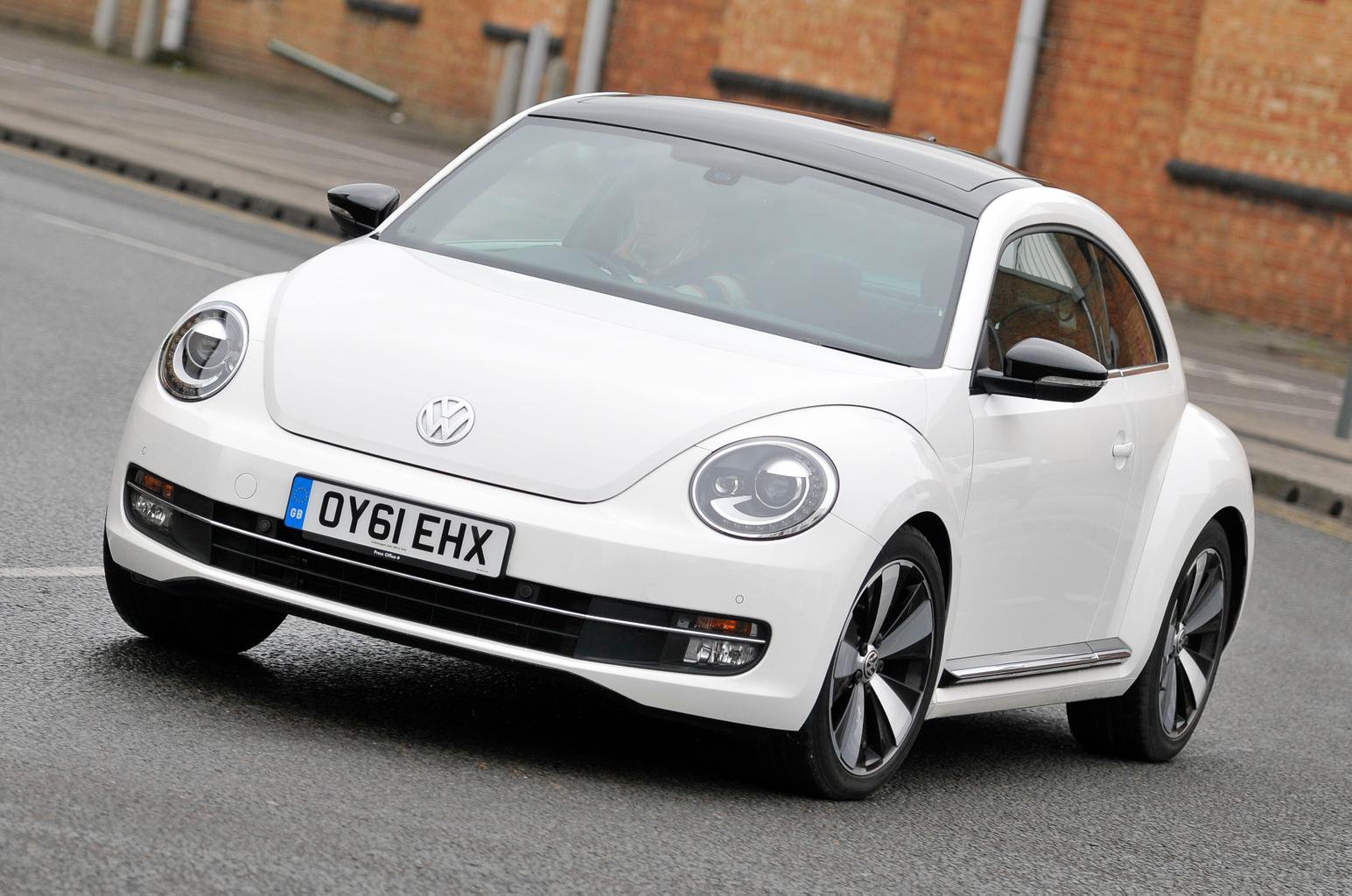 A combination of supercharging and turbocharging gives the Beetle’s diminutive 1.4-litre engine plenty of power. The engine is also pretty flexible, but you do notice some steps in power delivery as the revs climb.

There’s nothing particularly smooth about the Juke’s power deliver, either. In Sport mode, even a gentle squeeze of the accelerator is enough to unleash an aggressive turbo surge, which sets the front wheels spinning and sets the traction control light flashing wildly. Once traction is re-established, though, the Juke bolts at a rapid rate.

The Juke’s heavily damped suspension works well when tackling bumps head-on, but catch a lump with a single wheel and it’ll cause the body to shimmy from side to side. 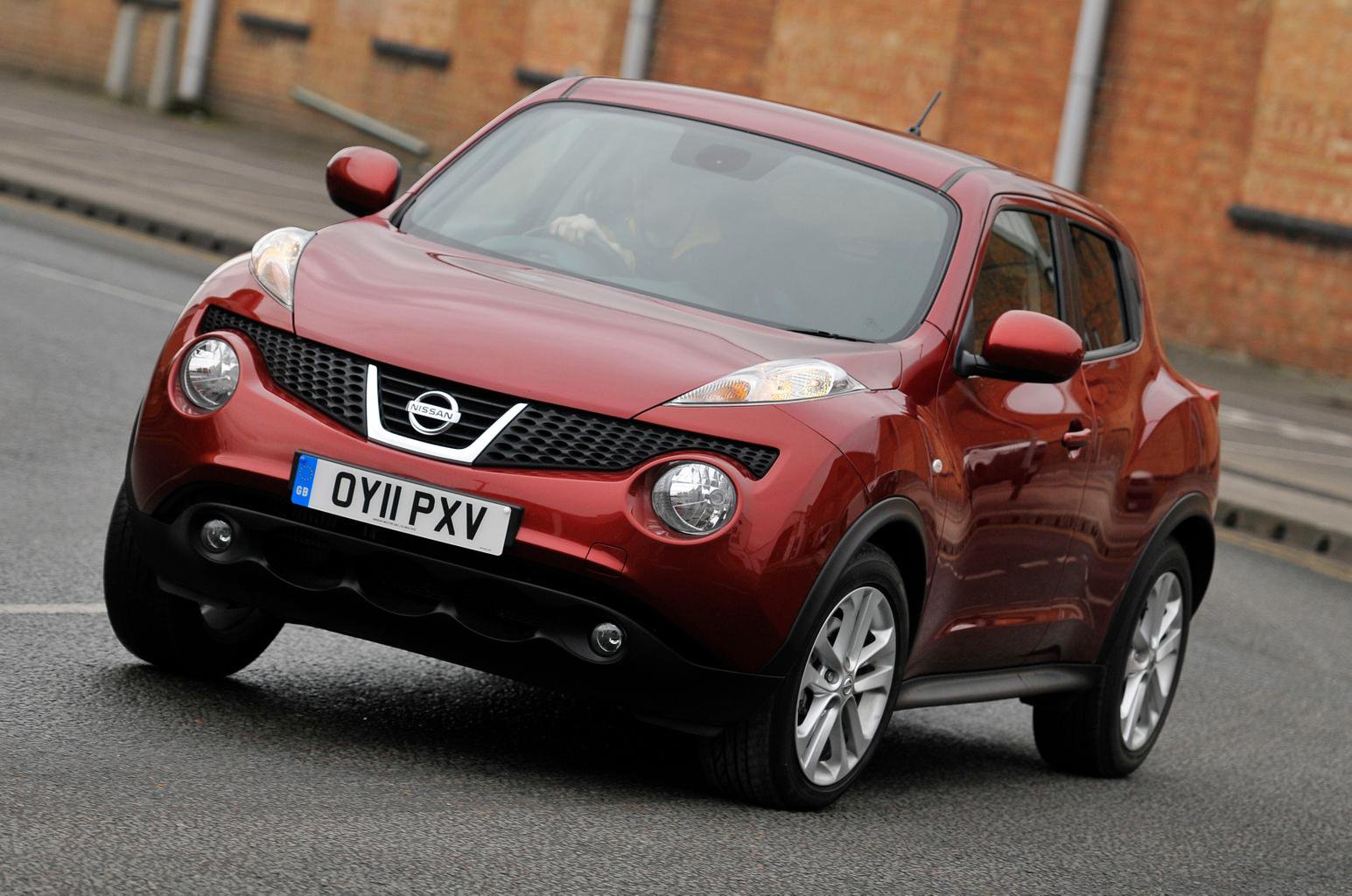 Just as disconcerting is the abject shortage of communication from the front wheels to the steering wheel. However, the steering is at least light and consistently weighted.

The Mini’s steering is the exact opposite, so you feel every nuance of the road surface. The suspension is also on the firm side, and in wet conditions, the engine’s sharp power delivery can cause the front wheels to scrabble for mid-corner traction.

As soon as the roads dry out, though, the fun begins in earnest, thanks to an irresistible combination of razor-sharp steering, fine control of body lean and strong grip. 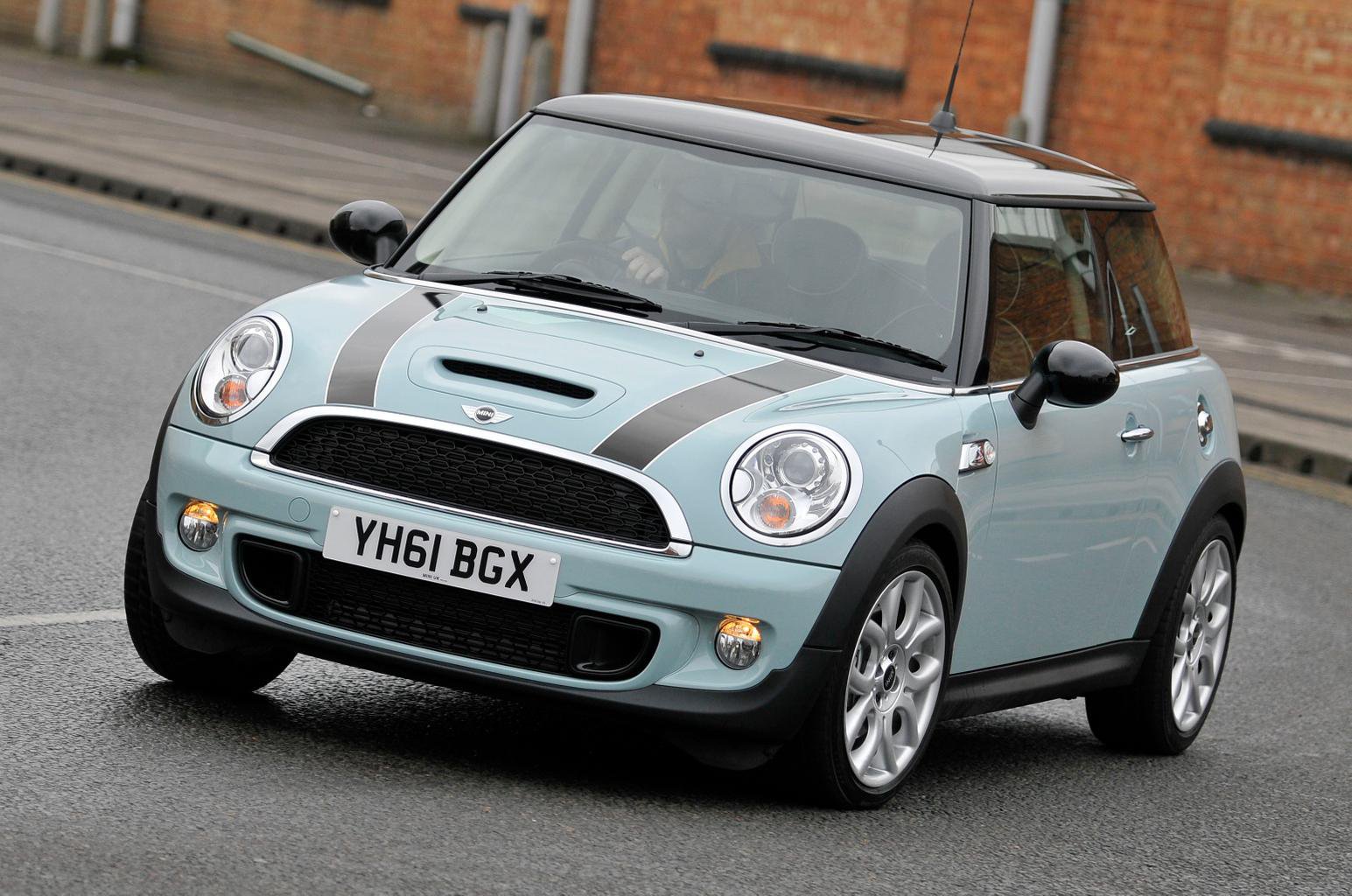