Buy either of these uber-stylish coupe SUVs at three years old and you could save a fortune, but which makes more sense? We've got the answer...

Forward visibility is great in these two, thanks largely to their lofty seating positions. And while visibility out the back isn’t quite as good, due to narrowing windows, thick rear pillars and slim rear screens, both cars come with reversing cameras and front and rear sensors to ensure that parking isn’t too much of a challenge.

In addition, the Q8’s heated and electrically adjustable driver’s seat has a memory function that lets you quickly restore your preferred position after someone else has driven the car. However, the Velar combines all of this with memory for the passenger’s seat and cooling and massaging modes. 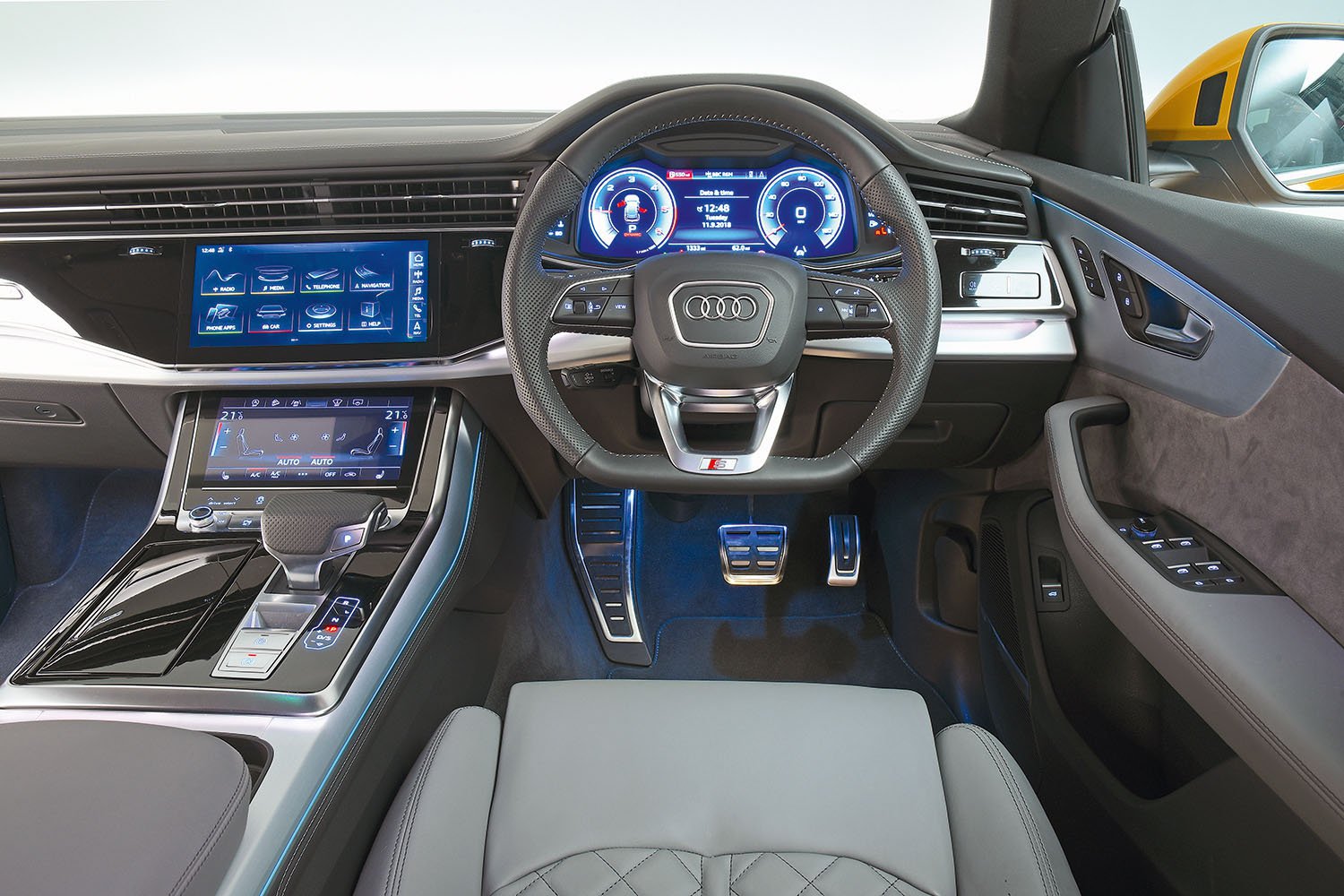 You’ll also find the Velar’s softer seats more comfortable on a long motorway journey, although the Q8’s hold you in place better through corners.

As standard, the Velar has several cows’ worth of leather inside, but it’s the Q8 that feels more luxurious overall. Not only are its interior materials of a higher quality, but the fit and finish is also better.

Both cars have touchscreens on their centre consoles for controlling functions such as seat heating and, in the Q8’s case, every aspect of the air conditioning. However, you have to look away from the road to find the right area of the screen to hit, so the fact that the Velar also has physical dials makes simple tasks such as changing the temperature much easier on the move. 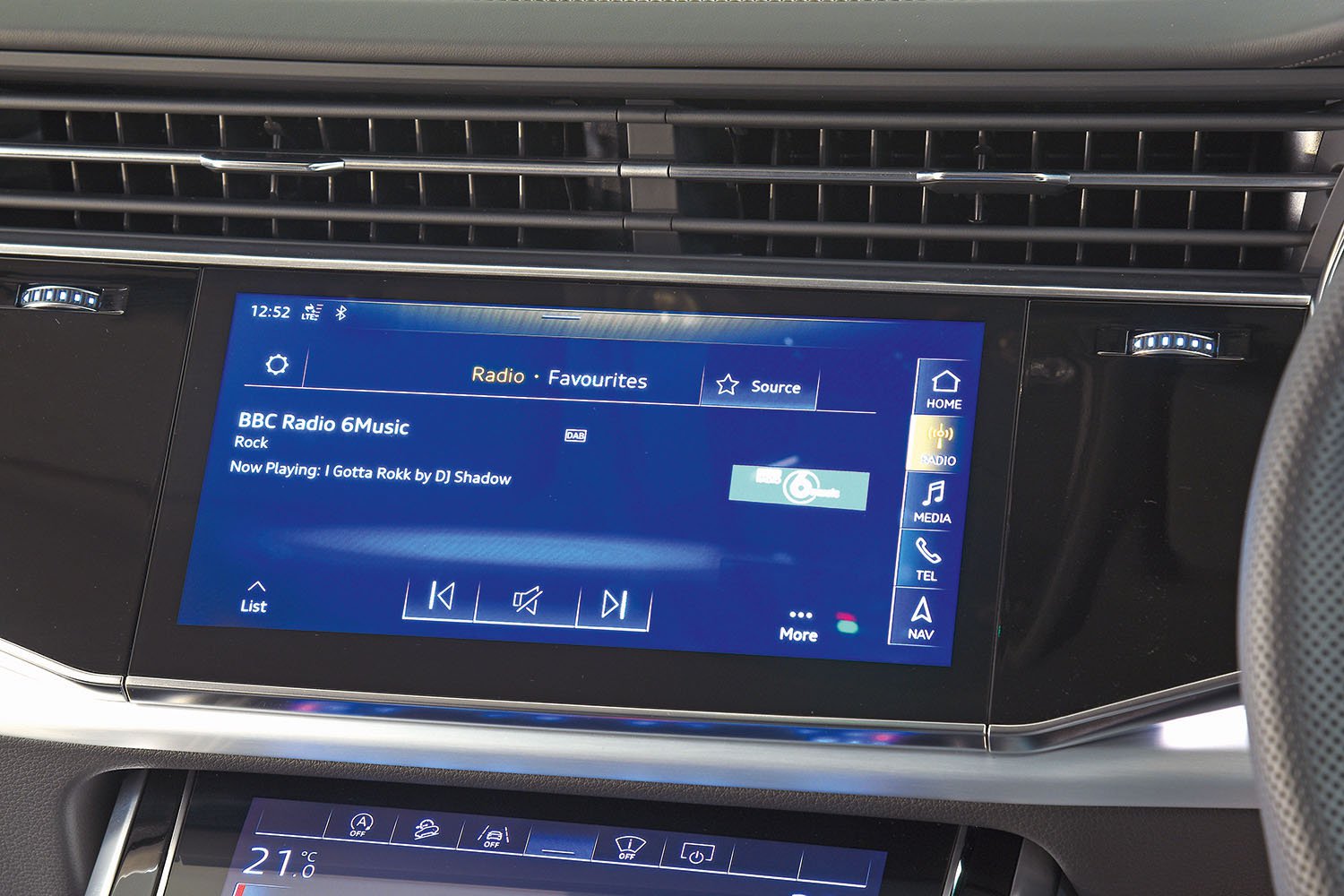 Neither of our protagonists is small, so front space is plentiful. The Q8 has a bit more head room, but we dare say the Velar’s panoramic roof steals some space.

Those in the back are well served, too. Leg room is significantly better in the Q8, but the Velar counters with more head room. Either way, you’d have to be well over six feet tall to have an issue.

Electric reclining rear seats are standard in the Velar, whereas a manual equivalent would have cost you £350 on a new Q8. This money would also have got you 40/20/40 split-folding seatbacks (standard in the Velar), and the whole bench then slides to prioritise boot space or leg room; this feature wasn’t available in the Velar. Still, you don’t really need it, because the Velar can swallow more luggage no matter where the Q8’s rear seats are positioned. 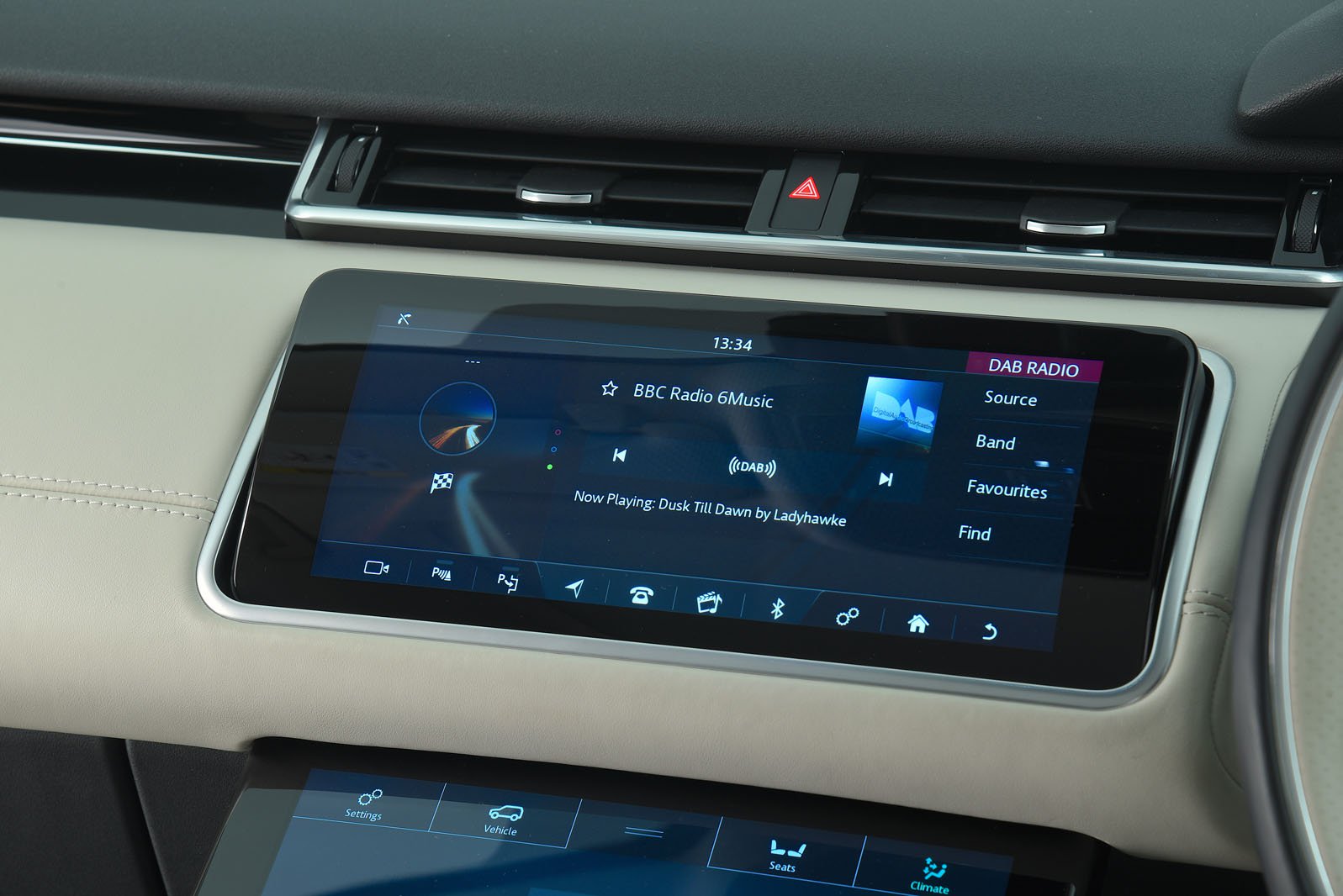 Both cars came with electric tailgates as standard, with the Velar adding gesture control so you can open the boot even when your hands are full, although the Q8 counters with a ‘kneeling’ function that allows you to lower the rear suspension for easier loading.

There’s less storage space for odds and ends in the Q8, with the wireless phone charger taking up most of the space under the front armrest and no shelf for a wallet or keys in front of the gear selector.