SUVs are very much in fashion and nowhere more so than in posh parts of towns and cities, far, far away from dirt roads and mud. Car manufacturers have known for years that very few SUV buyers take their vehicles off-road, so it makes sense for them to offer a car that puts style and on-road driving dynamics ahead of everything else.

This is where the handsome Range Rover Velar comes in. It offers all that's desirable about the prestigious brand but in a package aimed more squarely at on-road use, not that, as we'll discover, it can't do the off-road stuff, too. Indeed, when it was new, the Velar was intended to fill the gap between the Range Rover Evoque and Range Rover Sport, and that in turn puts it up against some strong rivals like the BMW X4 and Mercedes-Benz GLC Coupe.

Then there is a 2.0-litre four-cylinder diesel in the 178bhp D180 and 237bhp D240; or a 3.0-litre V6 diesel engine in the 296bhp D300. The four-cylinder diesels can be a little rattly when cold but quieten down a bit when warm, while the V6 engines are smooth and quite brisk. Later models trimmed this down to just a newer D200 and the existing D300.

We like the D180 version on the road, so much so we awarded it the 2020 What Car? Coupe SUV of the Year award new. While its 0-62mph time of 8.9sec won't get you foaming at the mouth, it's solid enough in the mid-range to get you going easily in town or on the motorway. If you can afford it, though, the D300 is nicer, with more mid-range oomph. The most powerful of the petrols, ignoring the P550, has 296bhp (P300), so it's quick flat out, but there's less shove lower down than the diesels provide, so you need to work it much harder. The lower-powered 247bhp P250 petrol version needs even more of a work out, but still delivers its power smoothly.

The ride varies depending upon which suspension and alloy wheel option you have. Traditional springs four-cylinder models work best with the smallest 19in alloy wheels since the ride can get quite fidgety on rough, pockmarked roads. Air suspension is standard on V6 models and provides a with a ride to suit your mood. Comfort mode has a nice, wafty ride, while dynamic stiffens things up to improve the handling if you want to up the pace.

Buttons are a thing of the past in the Velar because the dashboard is made up of two touchscreens. Apart from two rotary control dials on the lower screen (which deals with climate and driving modes) that control various functions depending on what is displayed on the screen at the time. The one above looks after sat-nav and media related screens.

SE and above Velars get a 12.3in configurable display where the speedo and rev counter go. It’s similar to Audi’s virtual cockpit except it’s not quite as slick. One major technology omission is Apple CarPlay and Android Auto. There is a Land Rover app that gives you some smartphone mirroring capabilities, but it’s awkward to use.

Space in the front of the Velar is fine, even for taller drivers. You get a lofty driving position that affords you a great view out over the road ahead. In the rear, however, things are not so good. Head room is fine, but leg room isn’t brilliant for those that are long of leg. The boot is actually not as big as its rivals despite Land Rover’s claims. This is because they measure right up to the roof rather than to the window line as most car makers do. There is, at least, a flexible 40:20:40 split folding rear seat bench, though.

If you're interested in buying a used Range Rover Velar, or any of the other cars mentioned here, check out our used car buying website here. 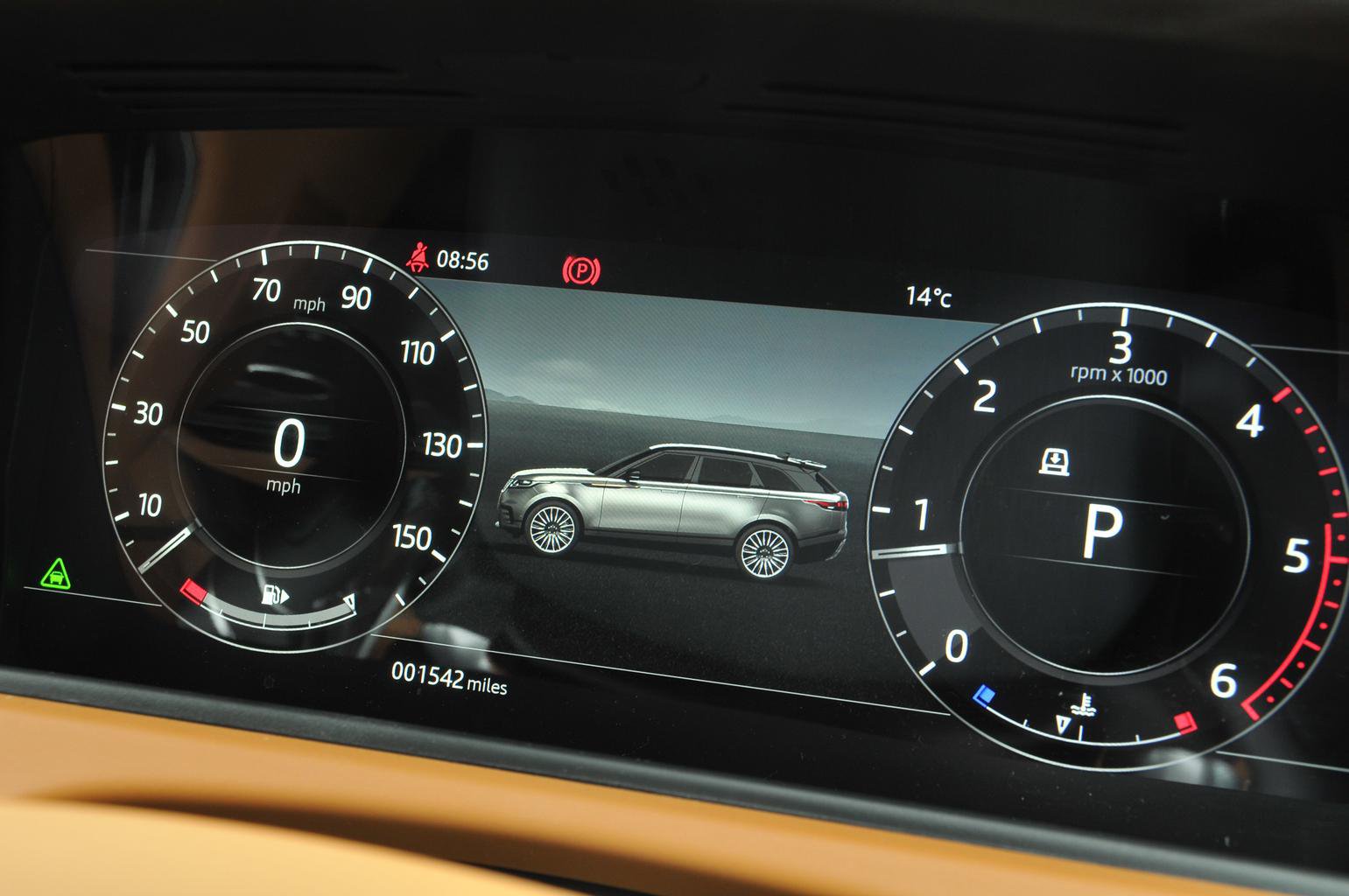