Two lightly used family-sized warm hatches from Ford and Seat battle it out, with one emerging victorious as our fast and practical winner. Read on to find out which one it is... 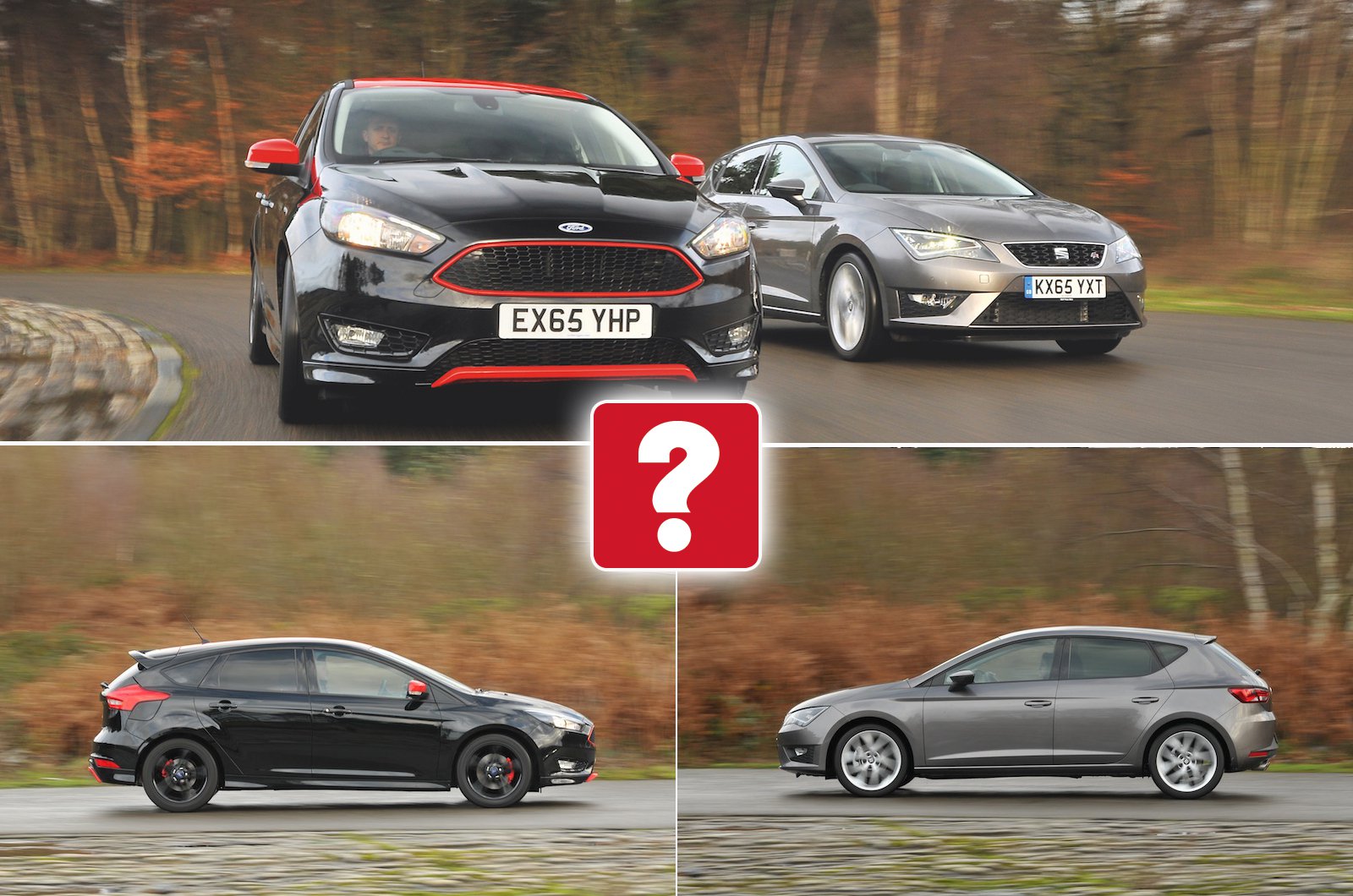 Maybe not as extravagant to look at as the Focus, but the Leon is good value, well equipped and superb to drive

Price today is based on a 2016 model with average mileage and a full service history, correct at time of writing

There must be many people who want all the driving pleasure of a hot hatch but don’t want to lumber themselves with the high running costs often associated with such performance machines. Well, you can think of these two cars as halfway-house hot hatches. They have enough handling and performance zing to create ripples on the edge of the hot hatch pool, but both are considerably cheaper to buy and run than their respective bigger brothers, the Focus ST and Leon Cupra.

The Ford Focus Black Edition comes with a 180bhp turbocharged 1.5-litre petrol engine. Its closest rival is the 178bhp Seat Leon 1.8 TSI FR. It is also turbocharged and claims to offer much the same straight-line pace, albeit with rather less flamboyant-looking exterior styling.

Here, we’re testing both cars at two years old, where there’s been enough of a drop from the new price to make them considerably more attractive and affordable to a great many more people. But which one makes the most sense at this age? Read on as we uncover the answer.

Despite having virtually the same power outputs, there’s a big difference in the way these cars deliver their performance. The Ford’s engine is smooth, but feels flat unless you rev it hard, and even then the Focus isn’t as nippy as you might expect.

The Leon, in comparison, picks up keenly from low revs and delivers a strong, consistent surge of acceleration that makes it substantially faster and more exciting. In our tests, the Seat got from 0-60mph in an impressive 7.9sec, whereas the Focus took a relatively lethargic 9.3sec. 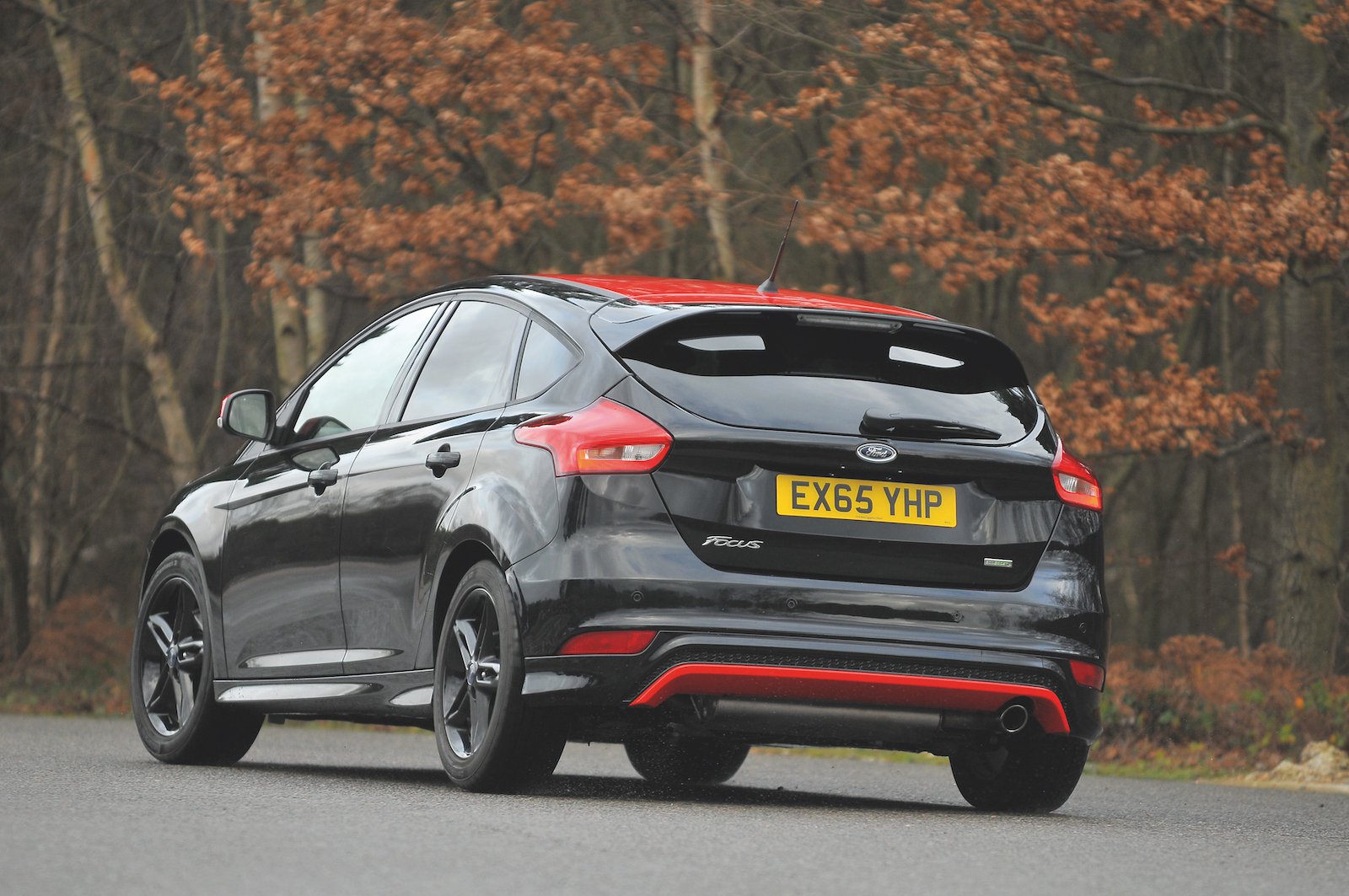 You can feel the Leon’s extra pace in its mid-rev response, as well as during hard acceleration. So, while the Focus is punchy enough for swift progress, the Seat is by far the better option if you want a car that feels like an aspiring hot hatch.

Both cars handle extremely well, with tight body control and poised cornering grip. The Focus is well established as one of the best handling cars in the class, and the slightly firmer Zetec S chassis that underpins the Black Edition only makes it feel keener and better suited to hard driving.

The Seat is even more impressive, though, providing an involving drive that’s never intimidating. In fact, it has more front-end grip than the Ford and feels more playful and alive when you corner hard.

The Seat also has the more predictable, natural-feeling steering – the Ford’s is overly keen to self-centre – but both cars are easy to manoeuvre at low speeds and are stable on the motorway.

You won’t be disappointed with the ride comfort in either car. Both remain settled most of the time and don’t thud too harshly over potholes. The Focus displays particularly impressive damping that keeps it feeling planted even over high-speed, mid-corner bumps or compressions. Unsurprisingly, both cars are firmer than less sporty versions in their respective ranges, but neither ever border on being uncomfortable. 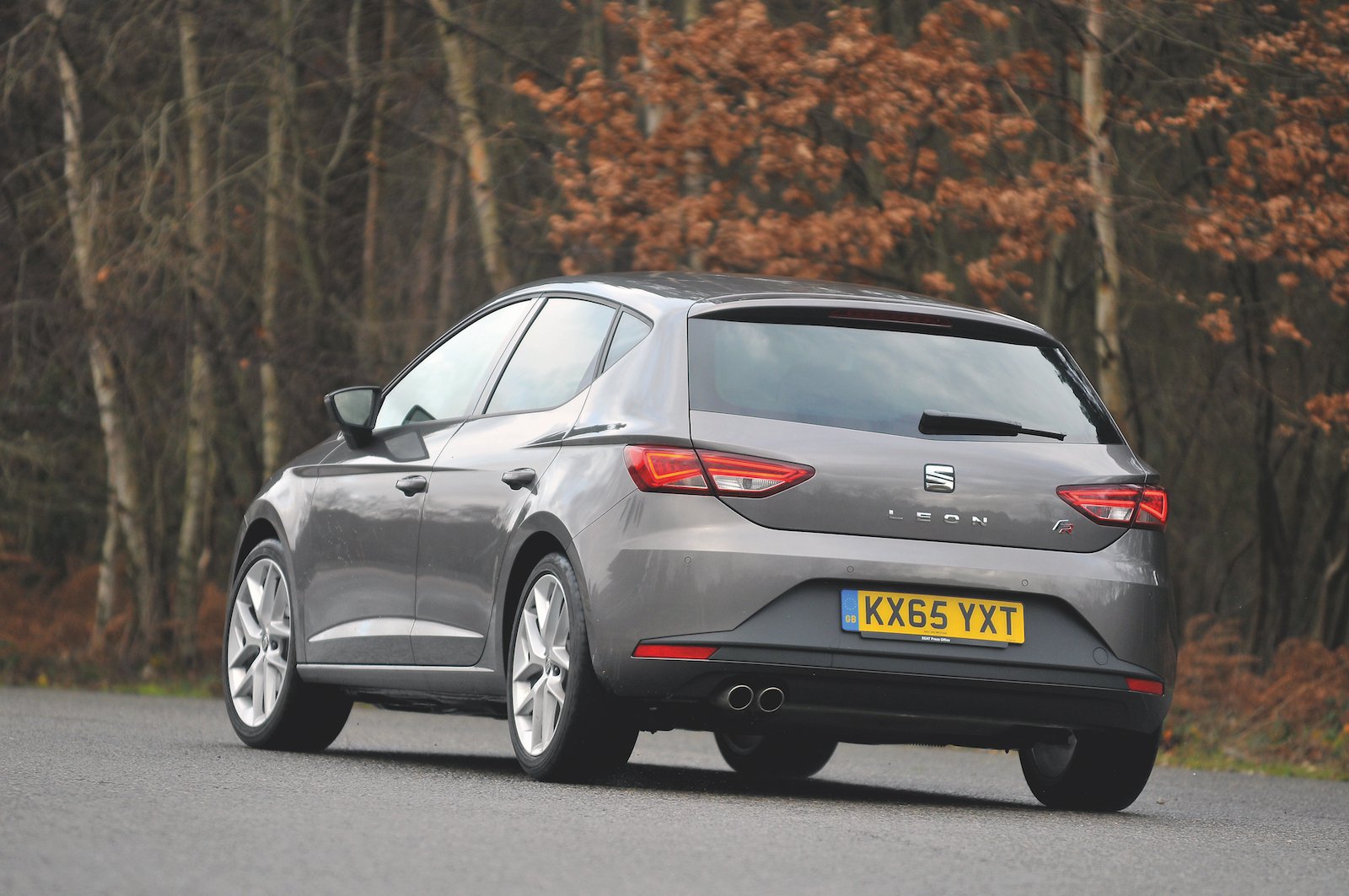 Refinement is also a close-run thing. Both have smooth-revving engines that are hushed at a steady cruise. The Seat’s sounds rortier when worked hard, but that’s something many buyers will appreciate. However, there’s also a touch more wind and road noise in the Leon, and its gearshift is slightly notchy compared with the light, slick-feeling shift of the Focus.