Buy any of these absolutely cracking hot hatches at a couple of years old and you'll have yourself a bargain, but which one will look best on your driveway? We have the answer..... 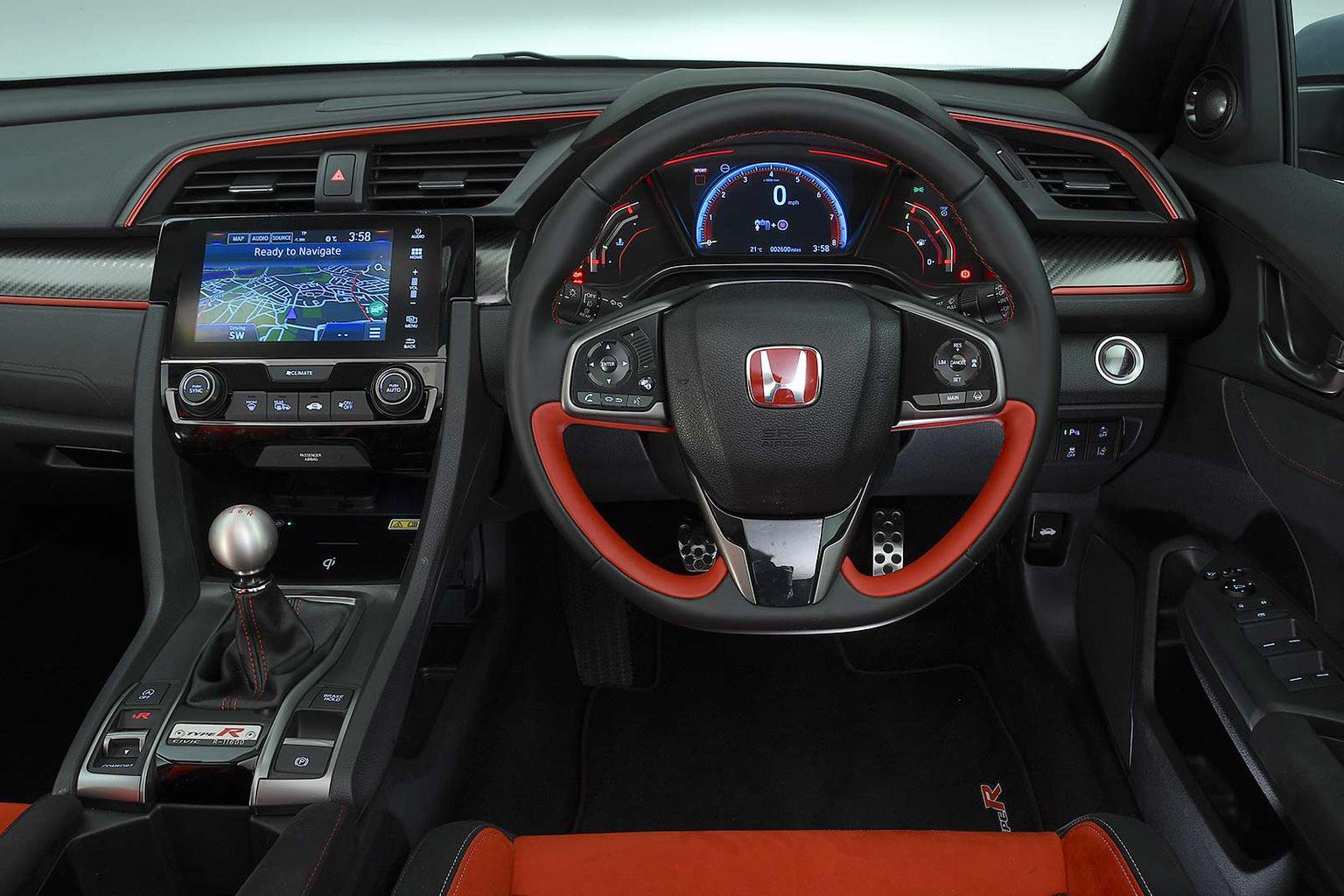 A good driving position is important in any car, but it’s even more crucial in anything likely to be tearing around corners. The Civic’s is tough to fault; you sit suitably low in the car, the seat supports you in all the right places and the pedals line up neatly with the steering wheel. We only wish the brake and accelerator pedals were slightly closer together.

The spacing of the Mégane’s pedals is better suited to fast driving, and its seat holds you in place just as well as the Civic’s through corners. However, the driving position won’t appeal to everyone, because the seat base is angled up towards the front of the car, so it can feel like you’re sitting in a really supportive deck chair.

The Golf’s driving position is, well, just like any other Golf’s. That’s mostly a good thing, although the seats are more like the pews you’d find in a regular hatch, so they aren’t ideal for hard driving. They’re comfortable the rest of the time, though. 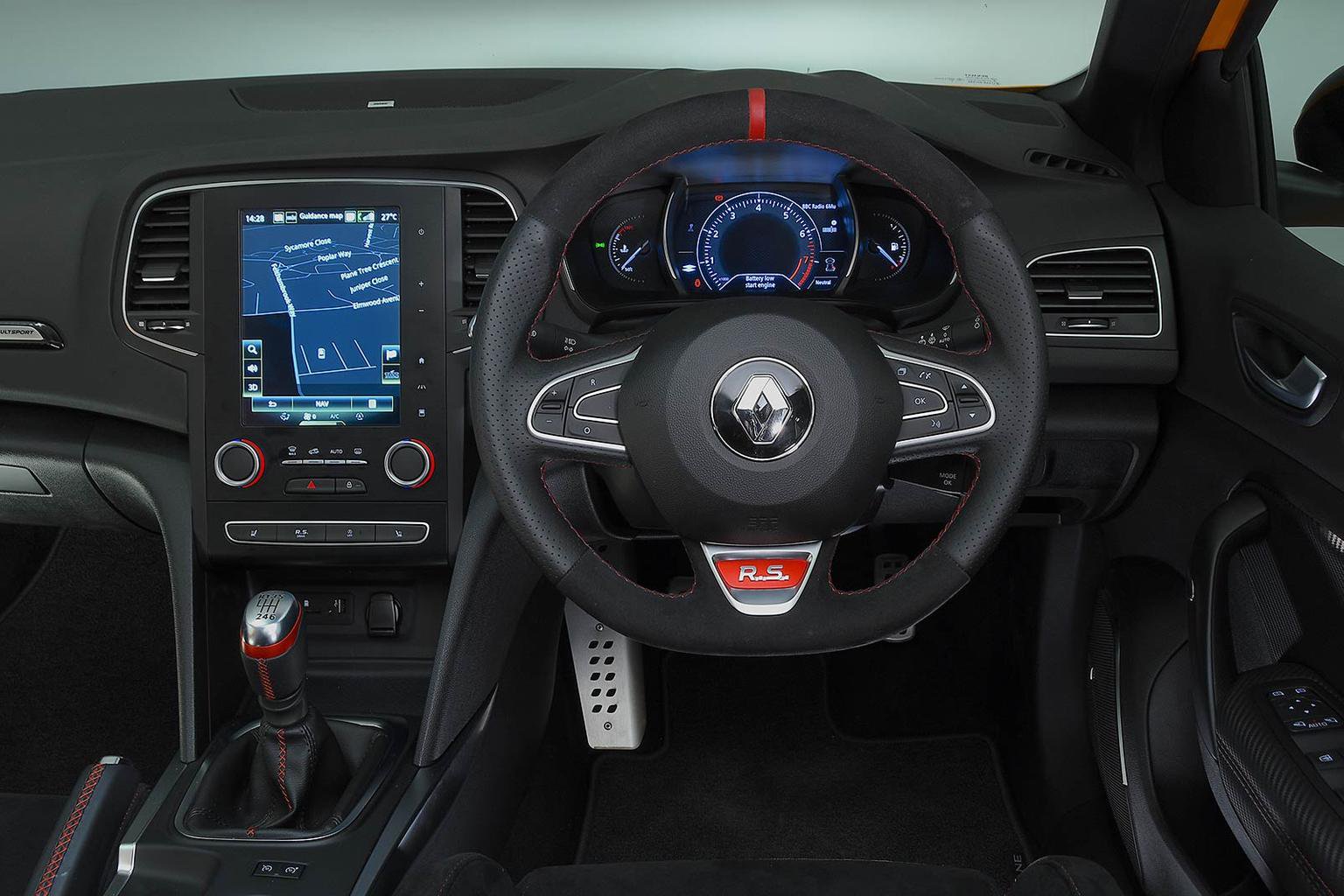 Alas, the infotainment is the Civic’s biggest shortcoming – all the more frustrating when you consider how great the rest of the car is. The screen is disappointingly low in resolution, and the fact that it’s angled upwards means it reflects sunlight badly. The menus are hopelessly complicated, the screen is often slow to respond to presses and even tweaking the volume is frustrating. At least smartphone mirroring is standard.

The Megane’s is better than the Civic’s system – but not by a lot. As standard, you get a 7.0in touchscreen with sat-nav, a DAB radio and Apple and Android smartphone mirroring. An extra £300 gets you a larger, 8.7in screen (pictured). Either way, though, the menus aren’t very user-friendly and the screen is rather dull compared with the Golf’s.

The Golf’s is easily the best system here. The 8.0in touchscreen is super bright and responds almost instantaneously when you prod it. The fact that the menus are logically arranged also aids usability. You could upgrade to a 9.2in screen from new (for £1325), but we wouldn’t bother seeking out a used car thus equipped. 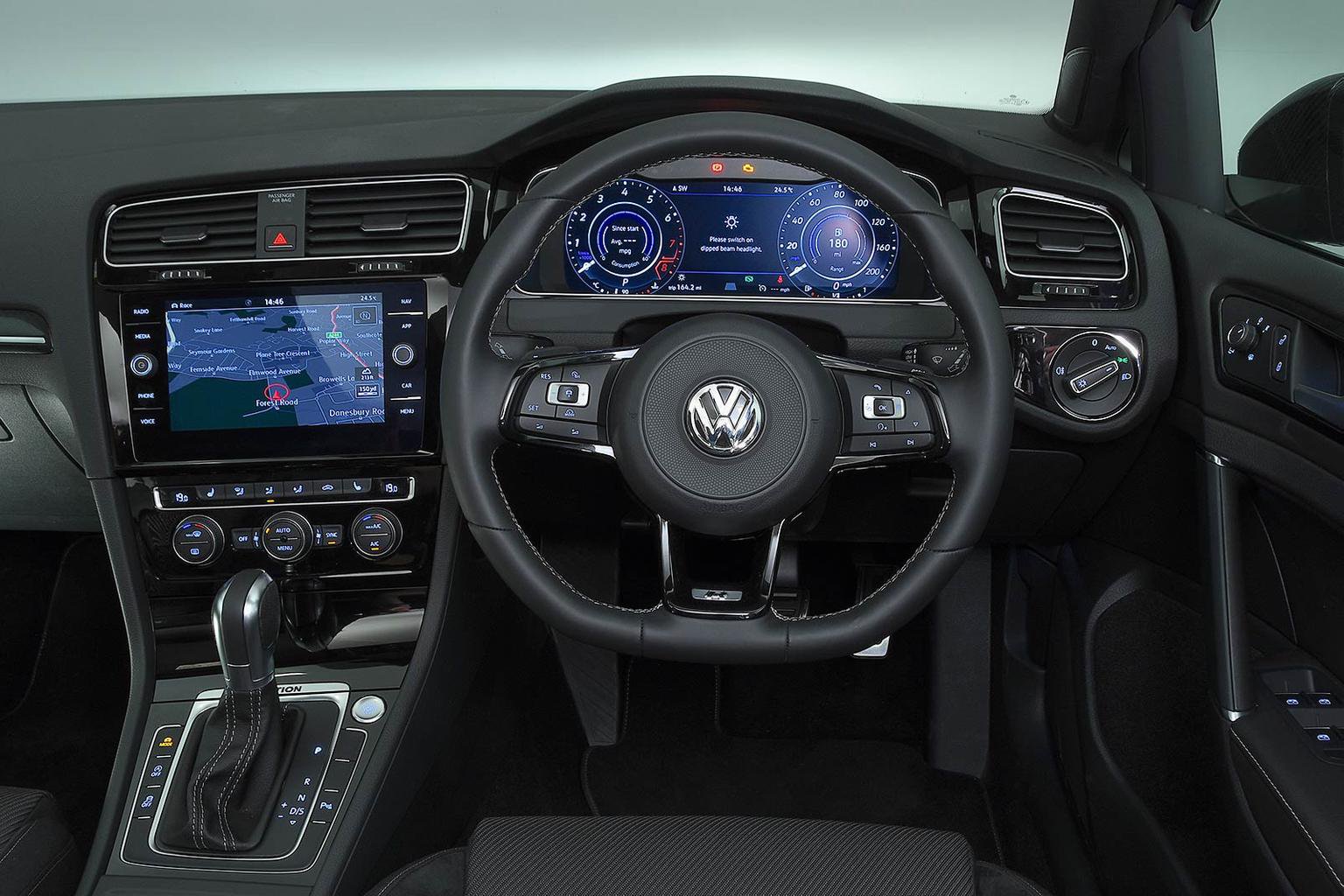 This area is unlikely to be your top priority, but one of the advantages of hot hatches over proper sports cars such as the Mazda MX-5 is that you don’t have to leave your kids and other half at home – unless you want to, of course.

The Civic is the roomiest in the back; it doesn’t have quite as much head room as the Golf, but there’s loads more leg room. The Mégane would be your last choice if you had to sit in the back.

It’s an easy win for the Civic when it comes to boot space, too. It has the longest and tallest load bay and swallowed the most carry-on suitcases (seven). The Mégane accepted five and the Golf four, although the former has the narrowest boot opening and the biggest lip to negotiate when you’re lifting stuff in and out.