Does buying the last of the previous-generation Volkswagen Polo make more financial sense than a new one, and how does a small 1.0-litre engine cope with a myriad of real-world driving conditions... 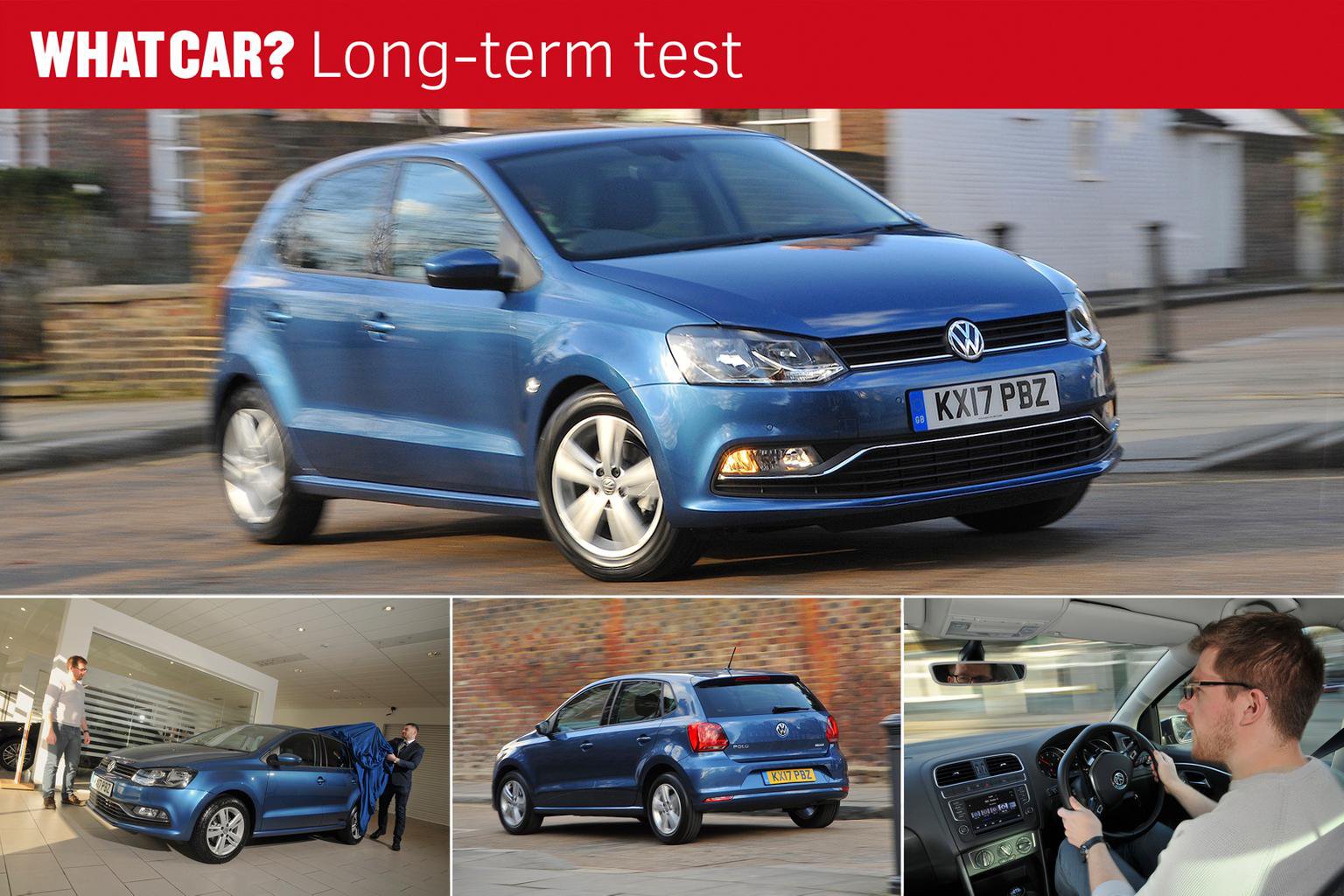 “Excuse me, have you any spare change?” asked a van driver. I was a little surprised by this, since I was sitting in our ‘new’ used long-term Volkswagen Polo, reading a car magazine and sipping a coffee. It’s not as if the Polo screams 'expensive' – particularly this last-generation model, which can now be bought for the same price as a brand new Volkswagen Up.

If that seems like good value, that’s because it is. The Up is a cute little city car that feels solidly built, with a big boot for a car in that class and the refinement of a vehicle from the class above. However, there's now a new Polo, leaving the old one with a price tag that's perilously close to the aforementioned Up.

Our car has only 2276 miles on it, but you can find plenty of equally low-mileage examples for sale in our classifieds for a similarly low price. We picked ours up from West London Volkswagen, a huge dealership arranged over two floors. It’s so big that it even has a gift shop. Sales executive Matthew Naughton talked me through the finer points of the Polo after doing the obligatory reveal. 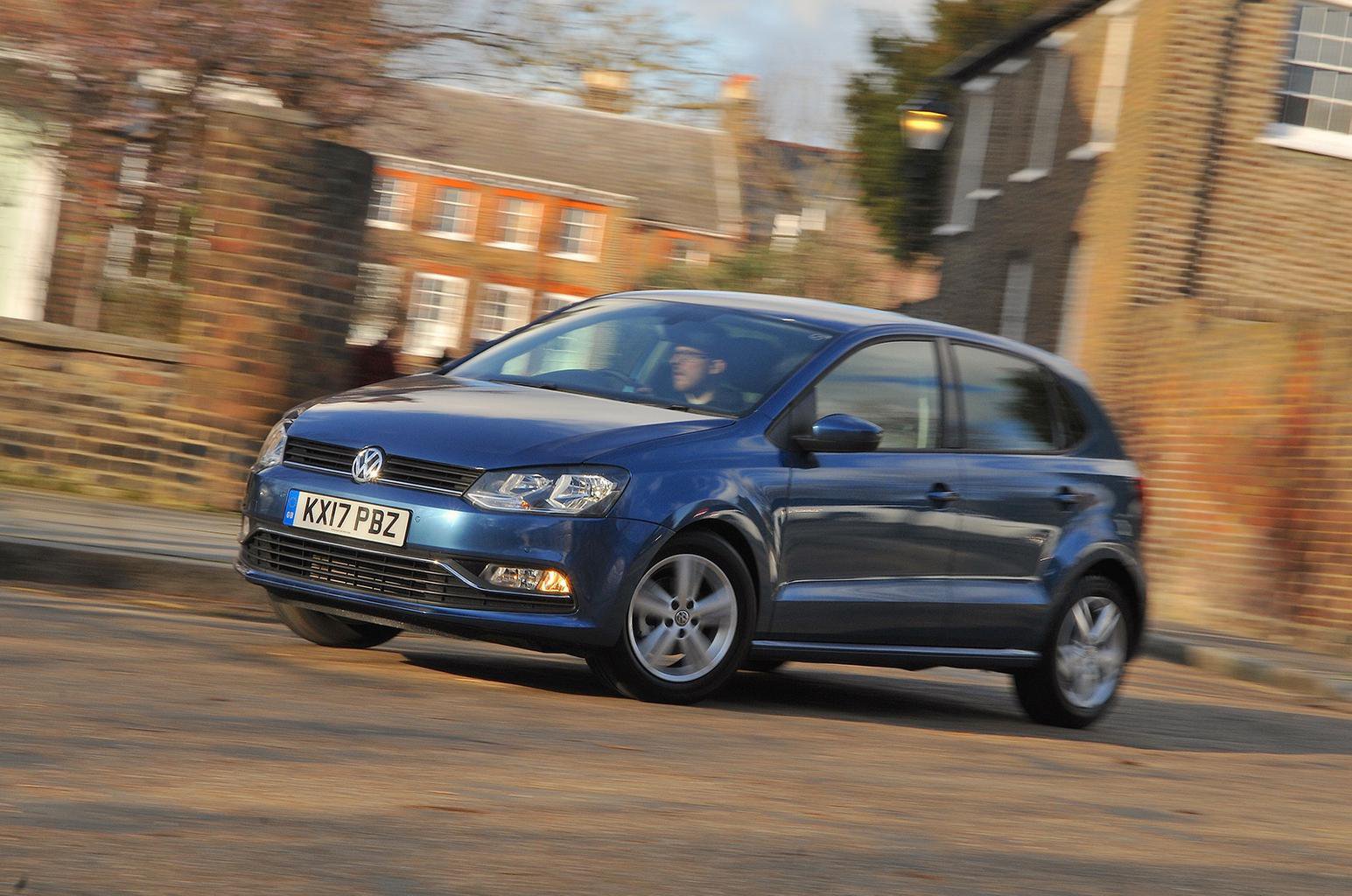 Being a Match edition means that this Polo comes loaded with equipment. In fact, the only options fitted to our car by its first owner were Blue Silk metallic paint for £555 and floor mats, which came in at a rather steep £90. Matthew reeled off the list of noteworthy features, which include cruise control, automatic lights and wipers, automatic dipping rear-view mirror, electric folding mirrors, a DAB radio, four electric windows, tinted glass and a 6.5in infotainment system.

The infotainment system in question may not have a particularly big screen – the new Polo gets an 8.0in colour touchscreen as standard – but it is remarkably easy to use and responds quickly to commands. It even recognises when a hand is within close proximity to the screen to reveal additional functions. Sat-nav isn’t fitted, but the system does come with Apple CarPlay, Android Auto and MirrorLink, allowing the display to mirror functions on your smartphone. So provided you have mobile data, you can use a sat-nav app on your phone, such as Waze or Google Maps, instead. 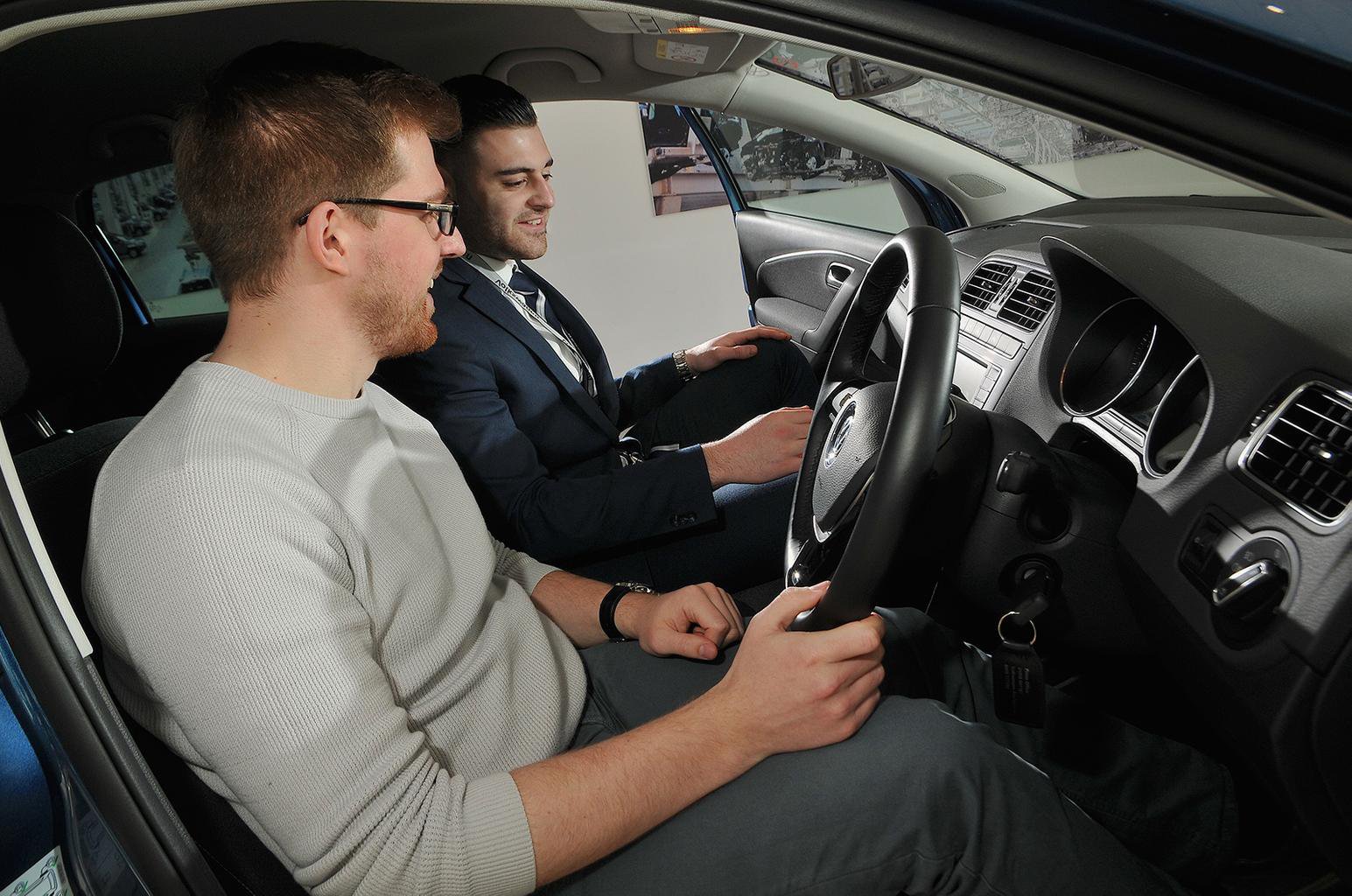 The Polo we have for the next six months not only has a similar price to an Up, it also uses a similar 1.0-litre three-cylinder petrol with 74bhp. In the Up, it’s rather slow. In the heavier Polo, it’s even more so. To be fair, the first three gears have been set up in such a way that, up to 40mph, acceleration is acceptable enough to keep up with traffic. After that point, though, the engine struggles a little. Peak torque of 70lb ft is available at 3000-4300rpm and, at 70mph, the engine is spinning away at 3700rpm to make the most of what it has. A constant thrumming in the background at high speeds is to be expected, but it can be easily cancelled out by turning up the stereo.

To be fair, I’ve found so far that there are plenty of other things to admire about the Polo. The five-speed gearbox has a pleasingly short throw to it and is rather slick to use. The pedals don’t transmit any nasty three-cylinder vibrations and the steering is very pleasant in its consistent weighting. Wind rush isn’t much of an issue and road noise isn’t either, thanks mostly to the small 15in alloy wheels which come as standard on Match trim. Therefore, long journeys in the Polo are not to be feared, as I found on a round trip to Yorkshire recently (and it was on the return leg when I encountered our change-hunting van driver). 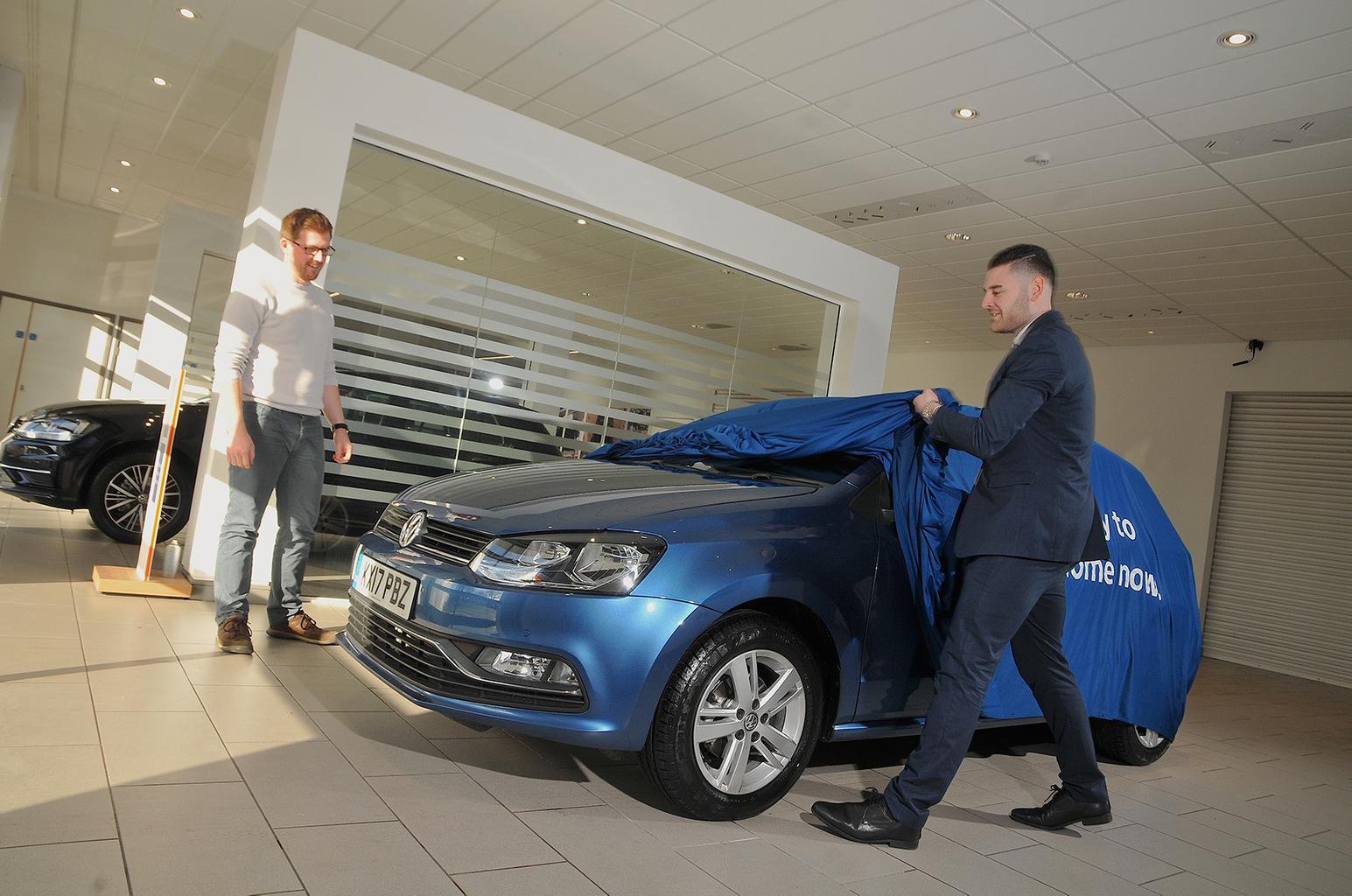 I'm looking forward to finding out how our Polo copes with my daily commute and the occasional cross-country dash. And time will tell whether you're better off sticking with a new Up, or whether this used Polo will prove to be the better option.

Read our full review of the used Volkswagen Polo

Find a used Volkswagen Polo in the What Car? Classifieds