We named the super-practical Touran as our MPV of the Year, but how will it fare as a photographer's assistant?...

Why it’s here The Touran is a practical MPV, but can it also show other talents for a young family on the move?

Needs to comfortable and efficient, function as a mobile office and have plenty of space for camera kit and passengers

I accept that passers-by aren’t exactly going to be clambering over each other, knees trembling, to see which seven-seat MPV I’ve just parked on the drive, but I reckon that my new Volkswagen Touran R-Line in vibrant Carribean Blue metallic paint looks pretty purposeful.

Although we’ve only been together for a short time, I can already see why the Touran is a regular to receiving five-star reviews from our testers, and is our reigning MPV of the Year. 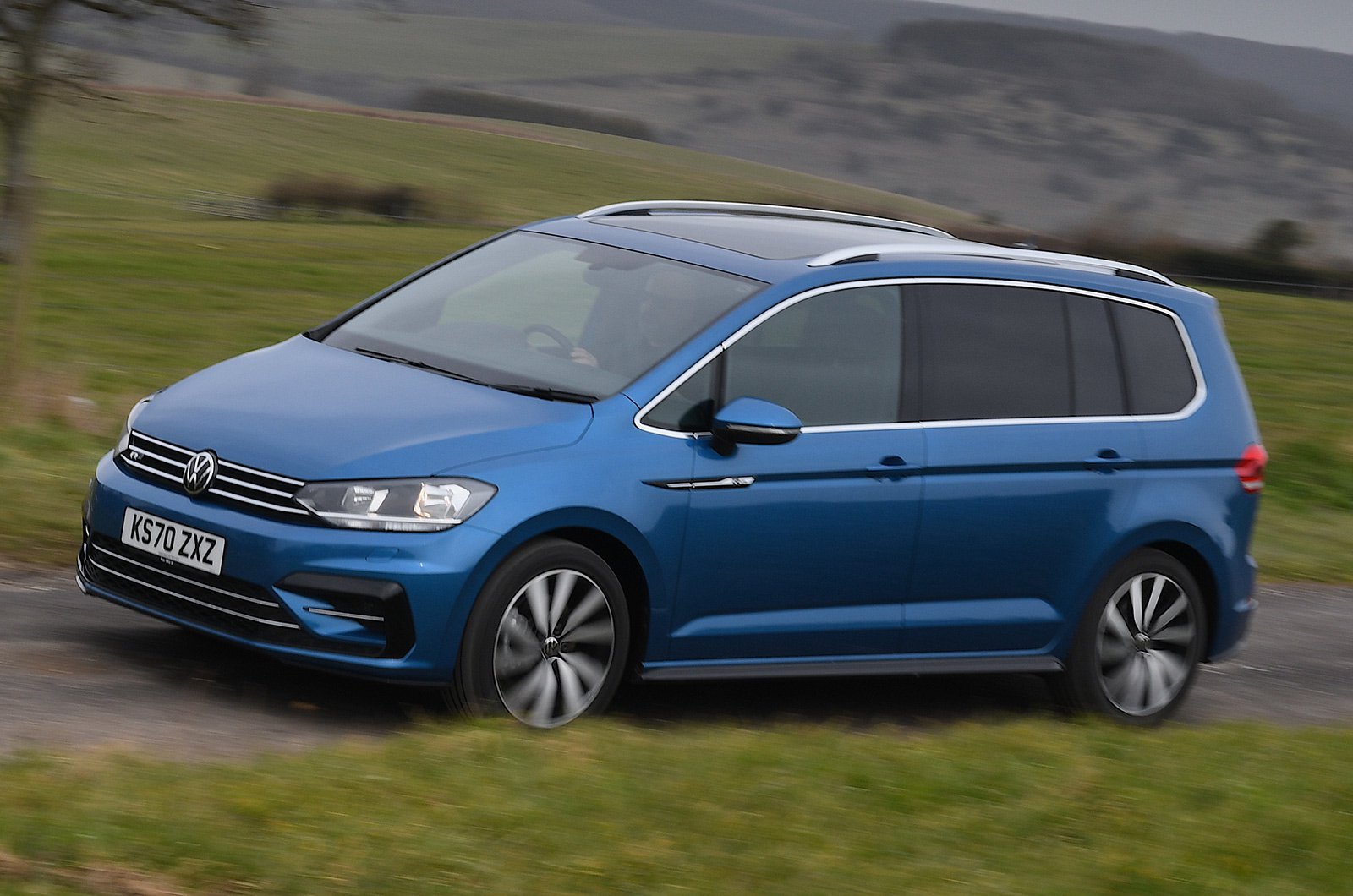 Our experts recommend SE trim, but I was swayed by the sporty styling additions that R-Line trim brings to the table. Besides, our Target Price guide shows that you can manage to trim more than £5000 from the price of the range-topping version, making my decision to go for a higher trim level an easy one.

I decided to opt for a few extras, too. Primarily, a bright metallic colour so it would photograph well, after the gloomy black exterior of my last car. The Panoramic sunroof may seem an extravagance, but not only does it flood the interior with light and fresh air, it also keeps my son Callum entertained. It’s really useful for work too; I can pop my head through the roof to take high car-to-car tracking shots, thanks to its huge opening section.

One thing that I’m already loving about the Touran is its Comfort seats. After a couple of long journeys, I've been emerging ache-free at journey's end. Following the Citroën Berlingo I ran previously, I was willing to sacrifice a wee bit of space if I meant I could sit for hours in comfort behind the wheel, and the early signs are very good.

So far, I’ve put the Touran to good use on a tip run after a clear out, it’s also had my full-suspension cross-country mountain bike on board; it went in after I'd lowered only the outer middle-row seat (easy, thanks to pulling one lever and the whole seat folding into the floor). That's pretty impressive, if you think about it; I could still have ferried another four passengers in the remaining seats, had Covid-19 restrictions allowed.

Loading Callum into his child seat is proving to be, well, child’s play, and he loves the low window line because he can see so much more out of the windows than he would in a lot of cars. The doors open incredibly wide too. Admittedly, they don’t slide like the larger Volkswagen Sharan's, or those of my previous Berlingo, but it’s still slotting very nicely into our family's life.

I chose the 1.5-litre petrol engine rather than the diesel; even though I cover a lot of miles, I think it’s still the right fuel choice for me. I’ve also teamed that with a seven-speed automatic gearbox, for as easy a life as possible. And don’t think that by choosing petrol power I’ll be losing out at the pumps, because my car comes with cylinder deactivation technology that can shut down two of the engine’s four cylinders when I’m cruising along, essentially turning it into a smaller engine to save fuel. 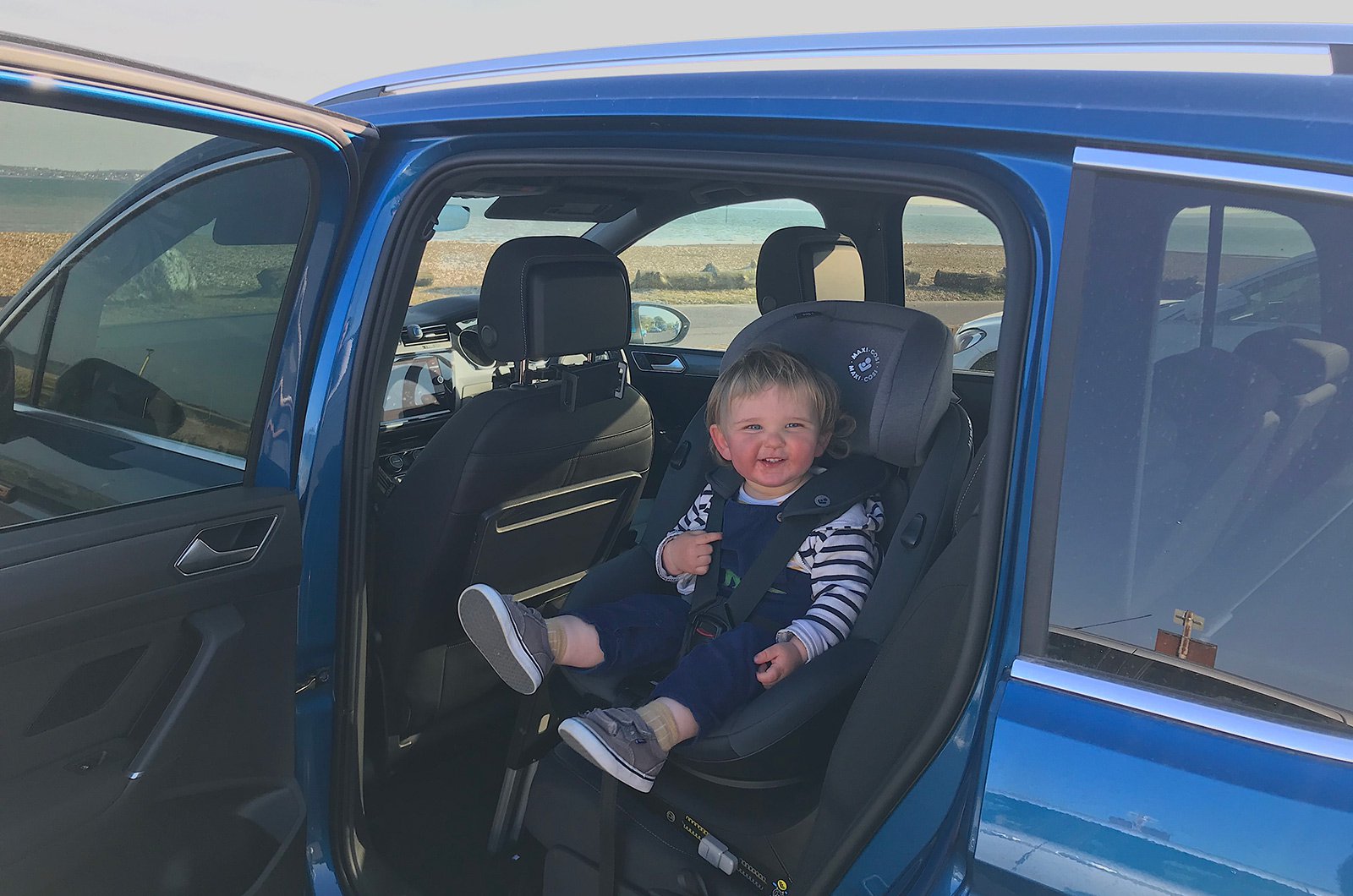 One of the things that has struck me so far is how compact the VW feels on the road for something with so much interior space, and I reckon that’s partly thanks to the nicely weighted, accurate steering. Also, my R-Line version comes with large 18in alloy wheels, but it still retains a comfortable, flat ride, with very little body lean, albeit with a bit more patter at urban speeds.

I often approach the car with heavy camera kit, or my young son in tow, so the optional electric tailgate is useful, and given how many times I use it every day, it was certainly a worthwhile addition. It opens to reveal a long, usefully shaped boot that’s easy to extend when I need to. Lastly, I opted for the Winter Pack, which gives me a useful selection of heated gadgets for those colder months.

Unlike my old school reports, which I seem to remember featured a few too many “easily distracted” and “must try harder” comments, the Touran has created a pretty notable and favourable first impression on me. Let’s hope it remains that way over the coming months.