Our senior photographer wants to mix off-road ability with comfort and space. Will Volvo's jacked-up estate fit the bill? He's got four months to find out... 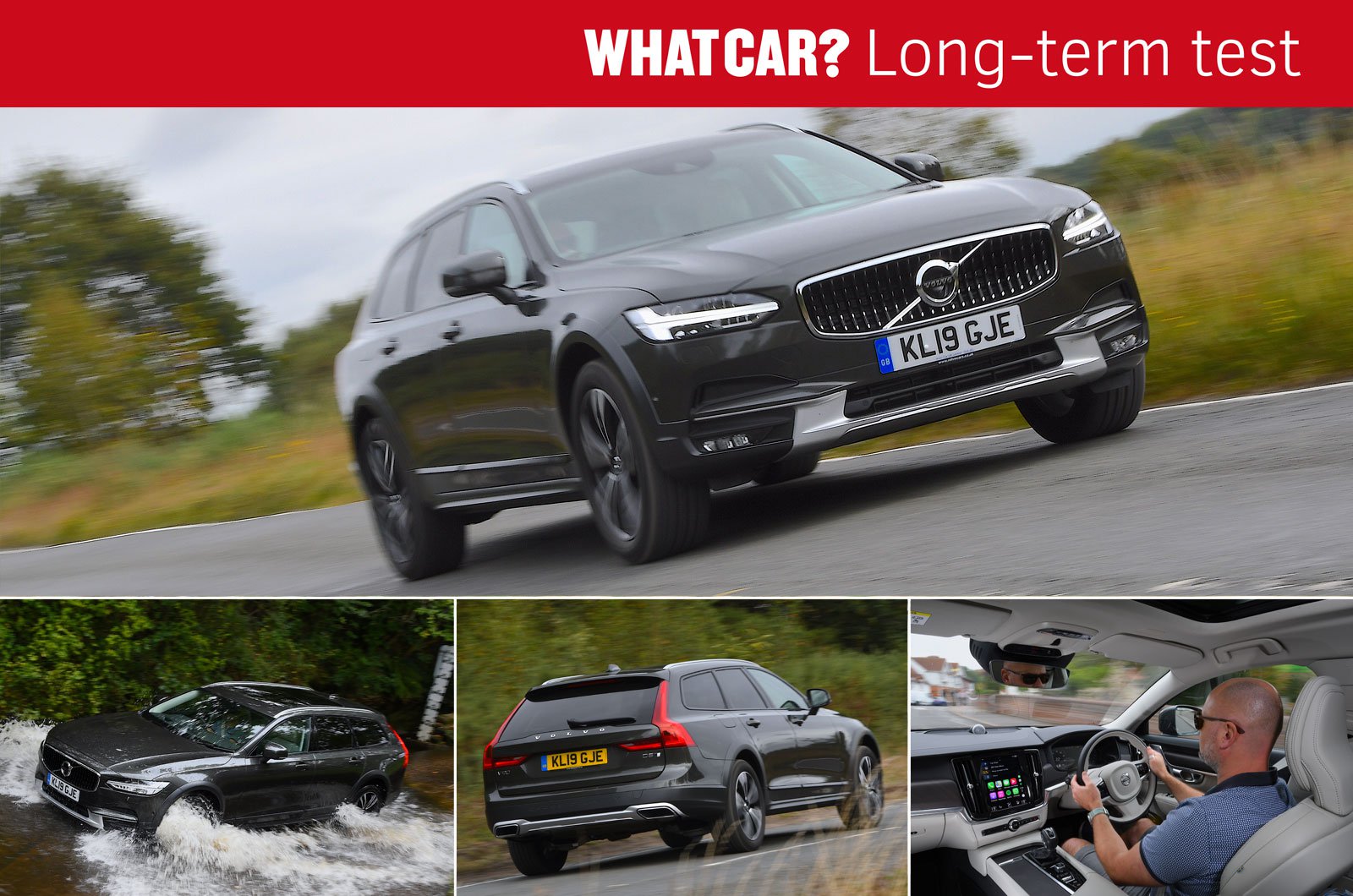 Why it’s here Does the desire for space and off-road ability automatically mean you need an SUV, or can a jacked-up estate do the job better? We're finding out

Needs to Be able to pack in my camera gear and still have room for passengers, be comfortable on long journeys, be fuel efficient and function as a mobile office

20 January – End of the affair

These days it can feel like every other car is an SUV, and I’ve got to admit I’ve had quite a few of those myself. But over the past four months I’ve been exploring whether the Volvo V90 Cross Country might represent a better way for people like me: people who need something that can carry lots of kit during the week and double as a family car at the weekend.

Think of the V90 Cross Country as a Swedish take on the Audi A6 Allroad, or an upmarket alternative to the Skoda Superb Scout: cars that offer all the practicality of a regular estate while adding a smidge of off-road ability. 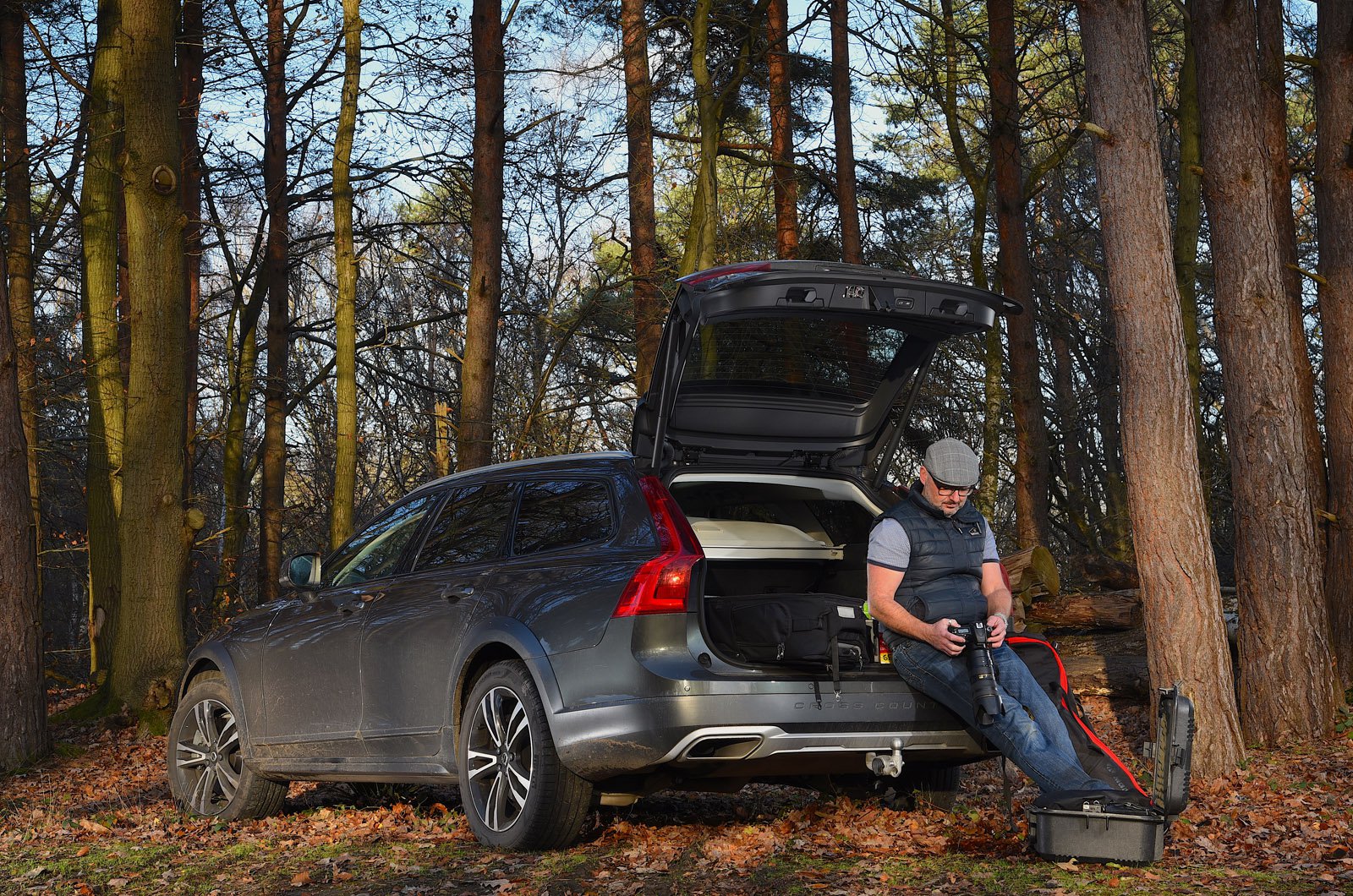 Comfort is one of my top requirements in a car; covering about 40,000 miles per year does that. Fortunately, the seats in the Cross Country are the most cosseting I've ever sat in – and that's in nearly two decades of doing this job, driving almost everything under the sun.

In addition to providing support in all the right places, they can be set nice and low, which kept both my knackered patellas happy. What’s more, the steering wheel offers loads of reach adjustment, so I never once emerged from the Cross Country’s gorgeously cool-looking interior with even a trace of an ache.

The fact that the car's ride is mostly flat and forgiving, only occasionally picking up on sharp bumps, adds to its relaxed character. However, it should be noted that my car was fitted with self-levelling rear air suspension, which isn’t especially cheap at £950, but is well worth adding for the extra control it brings. 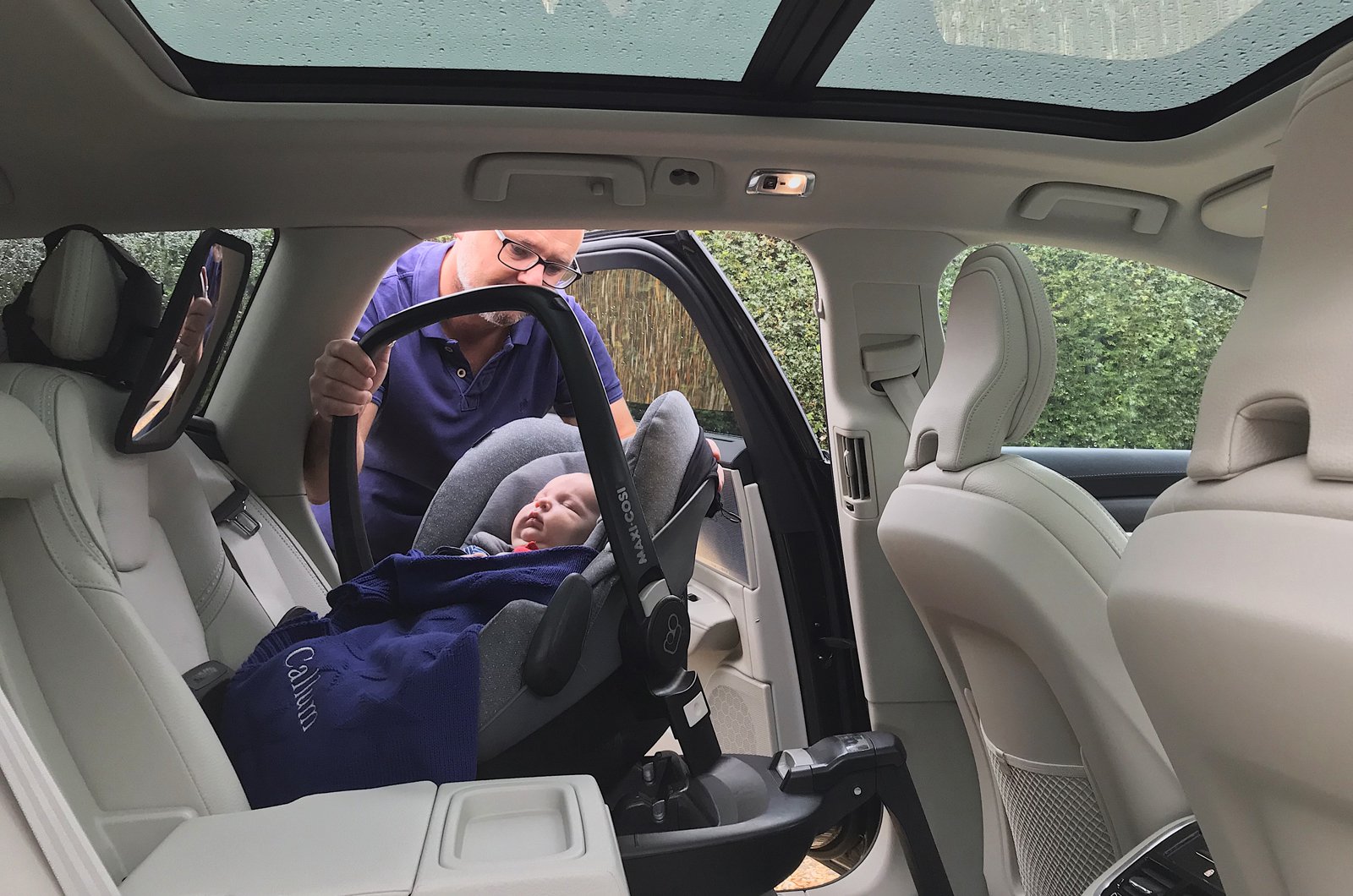 Another option I went for was a panoramic glass sunroof (part of the Xenium Pack), because this allowed me to shoot from up high when using the Cross Country as a camera car. But those of you who aren’t photographers will probably be more interested to hear that the roof lets in lots of fresh air when open, while keeping passengers sheltered from buffeting.

As a bonus, the glass extends back far enough that my newborn son was able to look out of the roof and find plenty to distract him, while the standard side window blinds were handy for keeping him shaded from the sun.

We recently pitted this very V90 Cross Country against its arch-nemesis, the Audi A6 Allroad, in a What Car? twin test, and (spoiler alert) the result went in the German model's favour. However, I’d still urge you to try the Volvo as well before buying, because the margins were so tight that I reckon you’ll probably prefer whichever one more closely matches your sense of style. 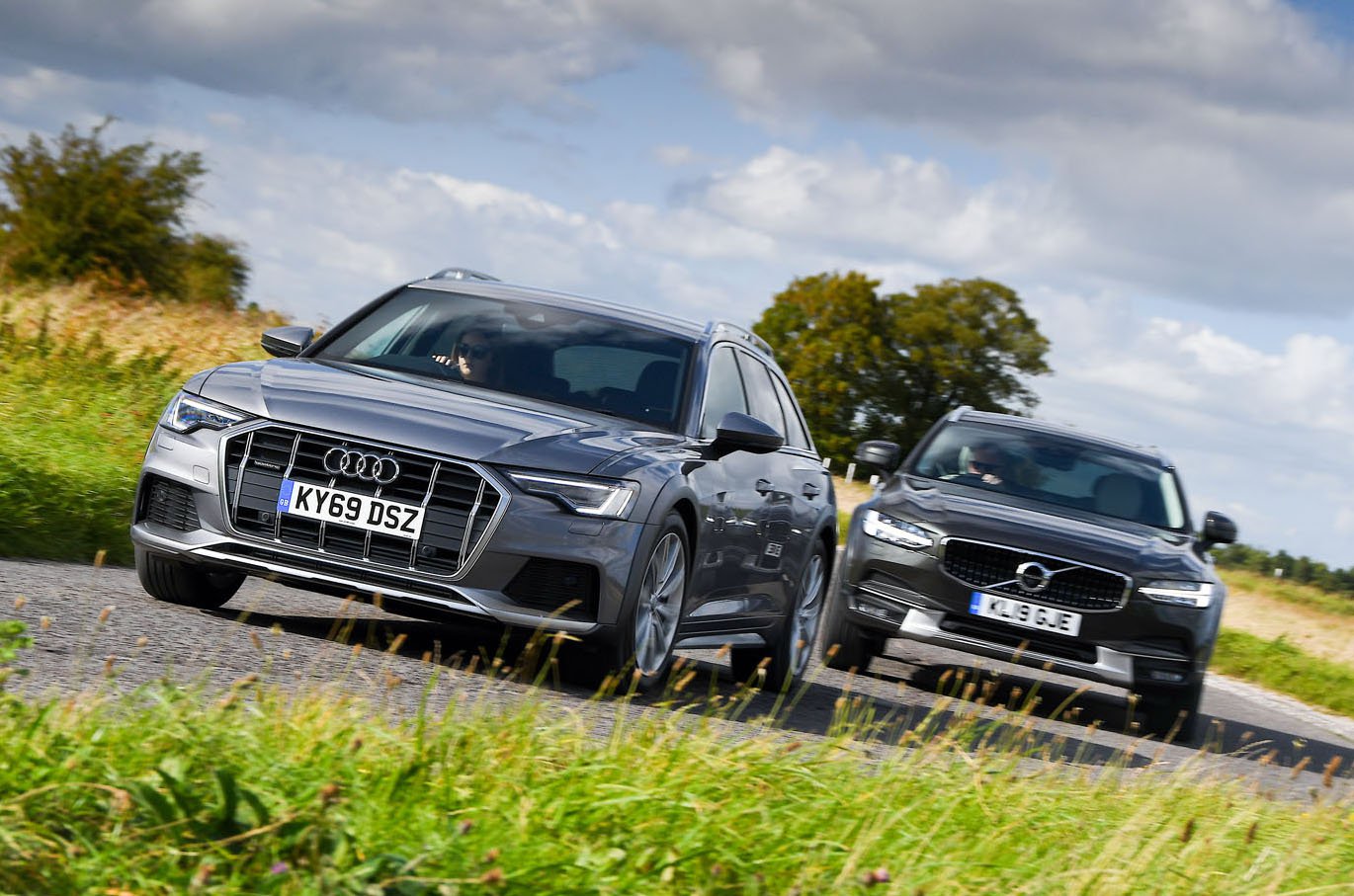 The A6 Allroad feels incredibly well built, in that Teutonic way Audis generally do. But the V90 Cross Country, too, is filled with plush materials. Its ambience feels altogether warmer, too, especially if you follow my example and go for the Blond leather and matching roof lining.

I’ll admit, I was initially a little worried that the light coloured seats would struggle to cope with the rigours of daily life. But there’s no hint of staining from denim jeans and the interior looks as good now as it did the day I picked the car up.

The engine I opted for was the D5 diesel with the Polestar Optimisation upgrade, because you get 45bhp more than you do in the entry-level D4 and official fuel economy is only 1mpg worse. I averaged 37mpg, but that figure was climbing noticeably by the end of my time with the car. Once the engine is fully loosened-up, I'm confident that you'd see 40mpg+. 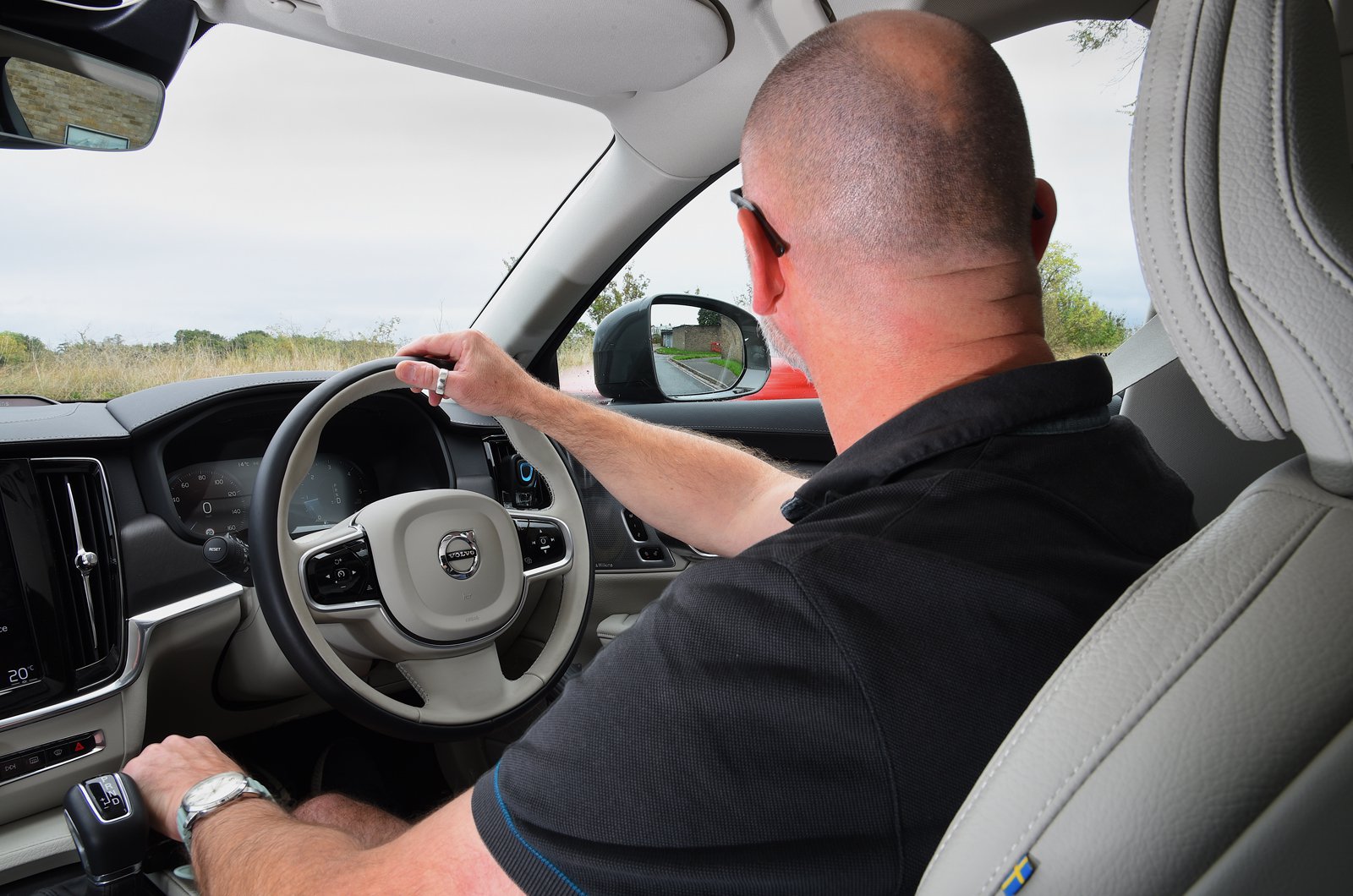 In fact, the only thing I found annoying about the Cross Country is the position of its door mirrors; they’re sited higher than they are on the regular V90, apparently to improve visibility when towing and on off-road jaunts. Unfortunately, they get in the way at junctions and roundabouts, forcing you to crane your neck to see around them.

That aside, this is a car I’d thoroughly recommend. It’s even surprisingly capable off the beaten track, thanks to its arsenal of electronic tricks. It’s also packed with details that make life easier, including a three-pin socket that allowed me to charge my camera batteries or laptop on the move. Whether I was dashing across the country to a shoot or ferrying the family around, it suited my needs perfectly.