What should I look for in a used Nissan Almera hatchback?

Nissan, like most Japanese manufacturers, enjoys a well earned reputation for reliability. So, you can expect a used Almera to run and run.

Pretty much all you need to look for is that the appropriate recall work has been carried out. There haven't been too many recalls to worry about, but there was a major one that affected the petrol engines. Issued on January 29 2002 and affecting cars built between March 2000 and the end of July 2001, it concerned the engine crankshaft and camshaft. If not rectified, it could cause engines to stall and in the worst-case scenario, prevent them from restarting.

In June 2004, diesel engines built up to the end of 2002 were recalled to have possible camshaft problems rectified, and all models built between December 2000 and September 2001 were called into dealers to fix a possible handbrake self-releasing problem.

What are the most common problems with a used Nissan Almera hatchback? 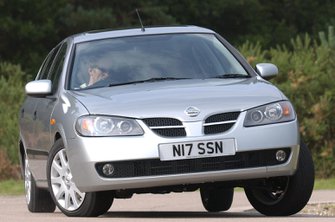