What should I look for in a used Nissan Note hatchback?

Some of the interior plastics on the doors, dashboard and in the boot area don’t hide scratches well – this is a little bit of a worry in a family car.

Being a smaller car that will probably spend most of its life in town, look out for parking dents or scrapes to bumpers, because correction to the paintwork can become expensive. Also, check the alloy wheels for kerb damage – not only because it's expense to fix them but also because badly damaged wheels could be a clue to future suspension issues and the potential of uneven tyre wear if the wheel alignment is out.

Also, make sure the air conditioning works. The seller might suggest that it only requires a simple re-gas but, because Nissan has switched over to a more environmentally friendly refrigerant gas, it’s actually quite an expensive job to do. At the time of writing, Nissan charges £149.95 for an air-con re-gas. 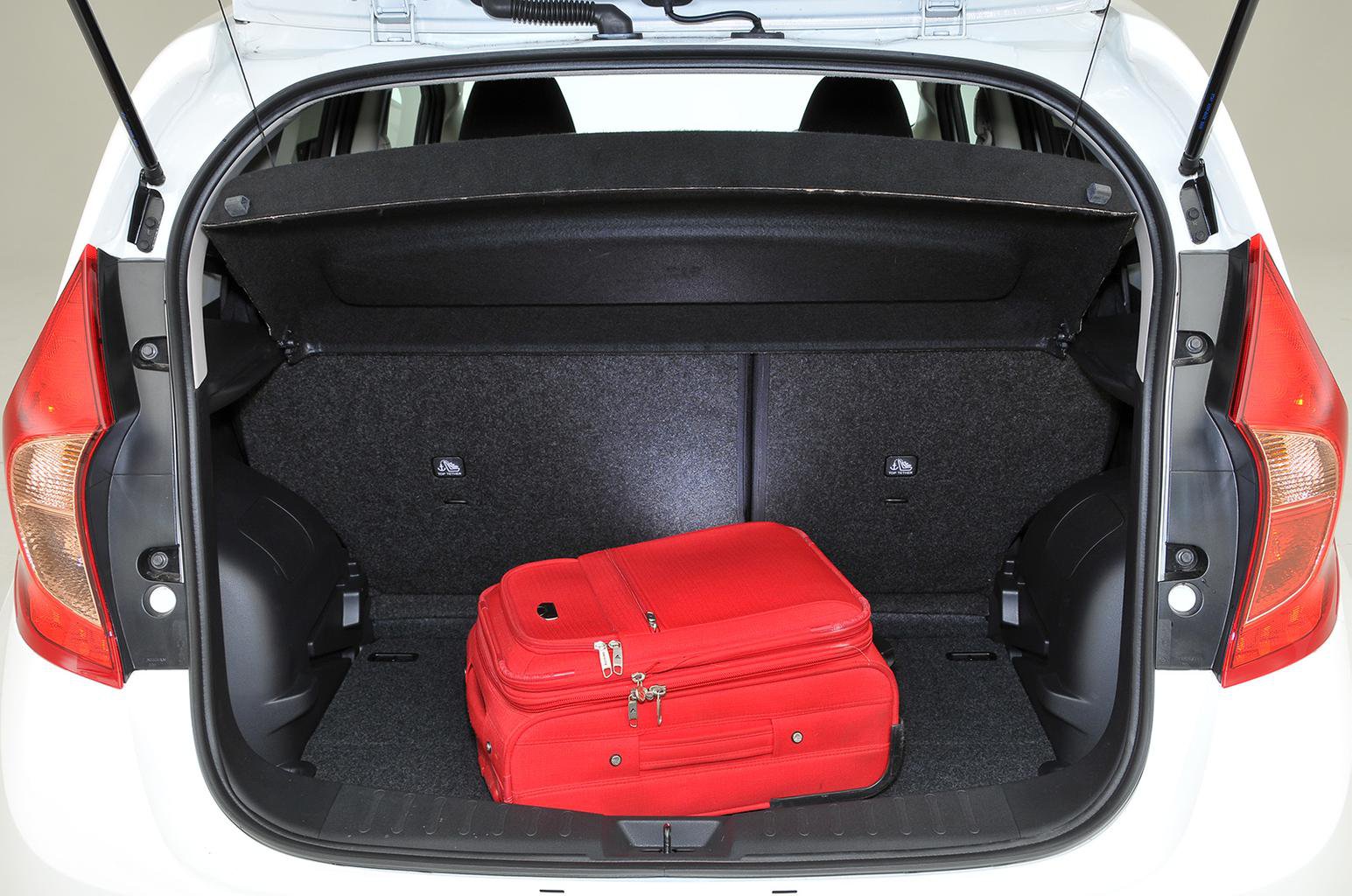 What are the most common problems with a used Nissan Note hatchback?

There have been a few recalls for the Note. The first relates to cars built between July 2013 and May 2014, involving a potential malfunction of the engine push start switch. It remains depressed when the vehicle has started rather than pop back out. The emergency engine stop may activate if the car continues to be driven, bringing the car to a halt.

The second recall relates to Notes built between July 2015 and January 2016. The engine coil in these cars might not be to specification and this could lead to the engine stalling and not restarting again. The last recall concerns a small batch of cars built in April 2016, where the anti-lock braking system might not work as intended and could actually lock the wheels under heavy braking.

Most cars that will have been affected should have been fixed by now, but speak with your local Nissan dealer if you are in any doubt because they will be able to tell you if your potential purchase needs to have these corrections carried out.

Sadly, the Note is not as reliable as its rivals. It finished in last place in the small car category, with owners citing problems with the suspension, non-engine electrics and engine electrics on some petrol models.

Nissan as a brand came in 29th place out of 32 car manufacturers – a pretty poor result.

If you would like to see the full reliability list for small cars, head to the What Car? reliability survey pages for more information.