What should I look for in a used Nissan Pathfinder 4x4?

The Pathfinder has been the subject of two recalls. The first concerned cars built up to the end of September 2005, where the propshaft may not have been installed correctly; and the second affected cars built before the end of January 2006, where there was a possibility of a problem with the steering.

However, these are the only problems we have heard of with the car, and all cars are still covered by the new-car warranty anyway. The online reviews from owners are almost uniformly positive, with no reports of any mechanical problems. Just about the only reservations people had concerned the ride.

Still, that's no more than you might expect. Nissans traditionally does very well in reliability surveys, and other 4x4s from the company, such as the Patrol and X-Trail, have proved very hardy. This is all backed up by figures from Warranty Direct, which show that the claim rates on Nissans are less frequent than average.

What are the most common problems with a used Nissan Pathfinder 4x4? 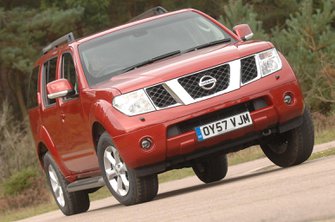