Which used Nissan Primera estate should I buy?

There have been a couple of diesels - initially a 2.2 TD and, on later cars, a better 2.0 dCi - but they command quite a premium, and we don't think they're worth it.

If you're after a car from mid-2006 onwards, you'll have to go for the 114bhp 1.8-litre petrol - it remained in the line-up when all the other engines were dropped. It's willing enough, although you do have to work it hard to make adequate progress.

That's why we'd go for the 138bhp 2.0-litre petrol model. It has more muscle to flex in everyday driving, yet it's still keen to rev and quiet on a cruise. It's also not much thirstier than the 1.8 and costs just a little more.

You won't be short of kit in the S version, but we'd sniff out an SE car for its alloy wheels, electric rear windows and better hi-fi. Top-spec SVE has sat-nav. 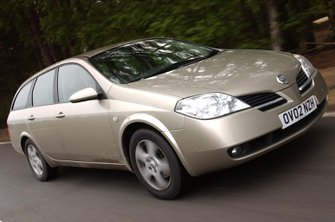