What used Nissan Primera estate will I get for my budget?

How much does it cost to run a Nissan Primera estate?

So long as you don't end up with a duff car - and you're very unlikely to do that - a Primera estate should be cheap to buy and run. Even if you are unfortunate enough to get one of the rare troublesome examples, it shouldn't be too expensive to fix. According to Warranty Direct, Nissans are among the cheapest cars to repair.

Routine maintenance won't dent your finances, either. You can expect to fork out about the same on a service as you would for a Ford Mondeo. A good independent garage should be able to save you about 25% on a franchise's labour rate. 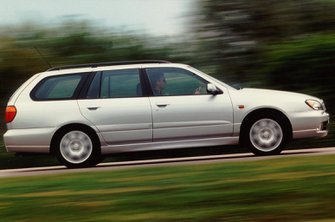