What should I look for in a used Nissan Terrano II 4x4?

There have been three recalls, of which the two most serious concerned the brakes. The first affected almost 5000 cars built between 1995 and 1997, and the second related to 840 cars built in the eight months from July 2001.

More surprisingly, the Terrano is unlike most other Nissans in that it isn't all that reliable - worse than average, according to Warranty Direct. The company says that the Terrano's weakest point is its suspension, although the brakes, electrics and engines can also develop problems.

It also warns that towing can strain the transmission, causing damage that is expensive to put right. And, as with any car that could have been abused off-road, check for any damage before you buy.

What are the most common problems with a used Nissan Terrano II 4x4? 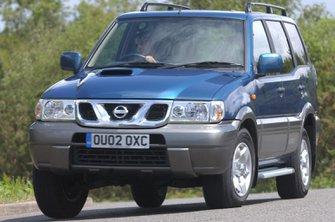