What used Peugeot 107 hatchback will I get for my budget?

How much does it cost to run a Peugeot 107 hatchback?

Even buying these cars new is affordable, so a used version won't upset your bank manager at all.

The 107 was a bit more expensive than the Toyota Aygo when it was new, but consider the extra equipment, and the difference is understandable. However, the Peugeot has weaker retained residuals than the Toyota, so used examples will have lost more of their value, which will even up the prices a bit.

Running costs are minuscule. The small engine will return a fantastic average of 61.4mpg, and this means you'll be able to travel more than 470 miles on a single tank of fuel.

Routine servicing is also extremely cheap. A service will cost you roughly the same as it would on the equivalent Aygo or C1, and less than on some other rivals. 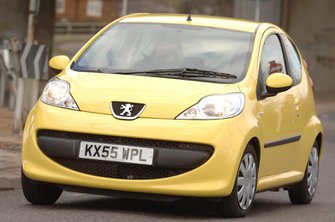