What used Peugeot 307 coupe will I get for my budget?

How much does it cost to run a Peugeot 307 coupe?

The 307 CC is a little more expensive to buy and run than its chief rival, the Renault Megane, but it will probably hold its value better.

Fuel economy isnt bad: even the most powerful petrol is not much worse than the smallest, but the diesel is the best, with over 47mpg. However, some owners complain of not being able to get near the official figures.

Servicing and maintenance costs are roughly the same as the rest of the 307 family, but you can save a considerable amount by going to an independent garage. 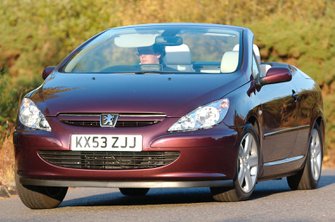