What should I look for in a used Peugeot 307 estate?

The good news is that the engines will amass huge mileages with little more than prompt servicing, while the transmissions and suspensions are also tough. But, there are plenty of things to wath out for.

First, check the mileage shown on the odometer is genuine. Early 307s suffered from a software glitch which threw the total recorded out of whack, adding miles the car hadn't actually driven.

Next, check that everything electrical works correctly because problems are widespread. Pay particular attention to the indicator stalks as these can stick and even snap. After that, check for signs of water leaks in the cabin.

As you've probably guessed by now, 307s are poor on reliability, and it's the smaller stuff that plays up with maddening regularity. Small wonder, then, that the What Car? Reliability Index and the JD Power Survey have for years given the 307 a drubbing for its poor reliability.

What are the most common problems with a used Peugeot 307 estate?

Is a used Peugeot 307 estate reliable? 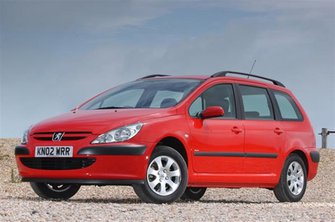