What should I look for in a used Peugeot 806 MPV?

Peugeot has tended to perform better than its Citroen sister brand in our reliability surveys, but it still has some way to go before it can compete with the best.

In the case of the 806, it's electrical gremlins that tend to let the side down, with central locking, immobiliser and air-conditioning faults the most common. If any of these are acting up when you take your test drive, it's best to walk away.

Engine coolant leaks have also been known to cause expensive damage and Peugeot has issued five 806-related recalls over the years, so check that any recommended work was carried out. For example, some cars built between September and October 1995 needed their ECU replaced to prevent it triggering the airbags at the wrong time.

There was also a chance of premature handbrake wear on cars built between March and July 1998, while the other three all concerned potential brake problems.

What are the most common problems with a used Peugeot 806 MPV?

Is a used Peugeot 806 MPV reliable? 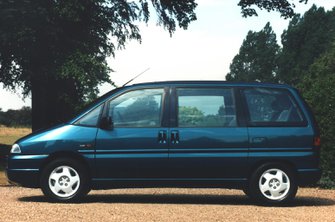