Which used Saab 9-3 sports should I buy?

One reason for the 9-3's popularity was its powerful turbo engines, but there were two non-turbocharged petrols available when the car was launched: a 2.0-litre and a 2.3, with 130bhp and 150bhp respectively.

However, turbocharged units replaced them within a year. The 2.0t develops 154bhp, while the 2.0HOT (high output turbo) has 205bhp. There's also a mid-power 2.0t with 185bhp, while the most powerful engine is the 2.3t Viggen unit with up to 230bhp.

The most powerful engines are too much for the chassis, so the 185bhp 2.0-litre version is our favourite - it's fast enough without getting you into too much trouble.

The automatic gearboxes hurt performance and economy, so you'll probably want to avoid them. All models have reasonable levels of kit as standard, but the later SE trims are a good bet and many will have the optional leather interior, so look out for them. 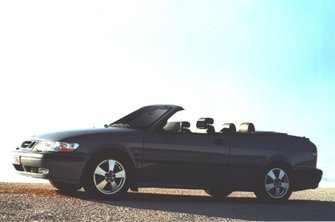