Right, let’s begin by answer the burning question: how many miles will you get out of a Smart ForFour EQ on a full charge? Officially, Smart says 81 miles, which isn't great when you consider that the Skoda Citigo e iV will officially do up to 170 miles and a Renault Zoe 245 miles. And in reality you’ll struggle to get anywhere near its official figure (we managed just 57 miles in our Real Range tests, which replicates real-world driving on a mix of roads), especially on the motorway, where the range plummets faster than a Doodle Bug. So, to all intents the ForFour is limited to the city, where its regenerative braking means you'll get the most miles-per-charge.

Regenerative braking is the technology that allows electric cars feed energy back into their battery when they slow down – something you do a lot in stop-start city traffic. This typically affects the feel of the brake pedal, though, making it less consistent and grabbier compared with traditionally powered cars. That said, the ForFour's brakes aren't as bad as those of some EV's, and you find yourself adjusting to them quite quickly.

What about its performance? The 80bhp electric motor, juiced up by a 17.6kWh battery, is quiet, smooth and, in typical electric car fashion, quick from the get-go. The leisurely-sounding 0-62mph time of 12.7sec isn't a headline grabber, but it's not far off the cheaper competition (the Citigo e iV will do 0-62mph in 12.3sec) but a Zoe R135 will whizz you away from the lights at a much quicker rate. The ForFour still has that immediate electric shove, though, so it responds the moment you put your foot down in town, but feels less adept at motorway speeds: its rate of acceleration drops off markedly the nearer you get to the top speed of 81mph.

Where the ForFour drops behind the pack is on handling and comfort. The Seat Mii Electric tackles bumps surprisingly well for such a little car, but the ForFour EQ jiggles and jostles more over pretty much every imperfection the road throws up. It's mainly just annoying, but becomes rather uncomfortable over sharper speed bumps. It does feel better settled the faster you go.

An e-Up or Zoe will provide greater dynamism along twisty roads, too, with more direct steering and less body lean. The ForFour's light steering and compact proportions do make it a more nimble city car than the larger Zoe, though.

All electric cars offer near-silent acceleration, due to their whispering electric motors, but as you pick up speed in the ForFour all that quietness is undone: the shrill wind noise and copious road roar become wearing over a long trip. 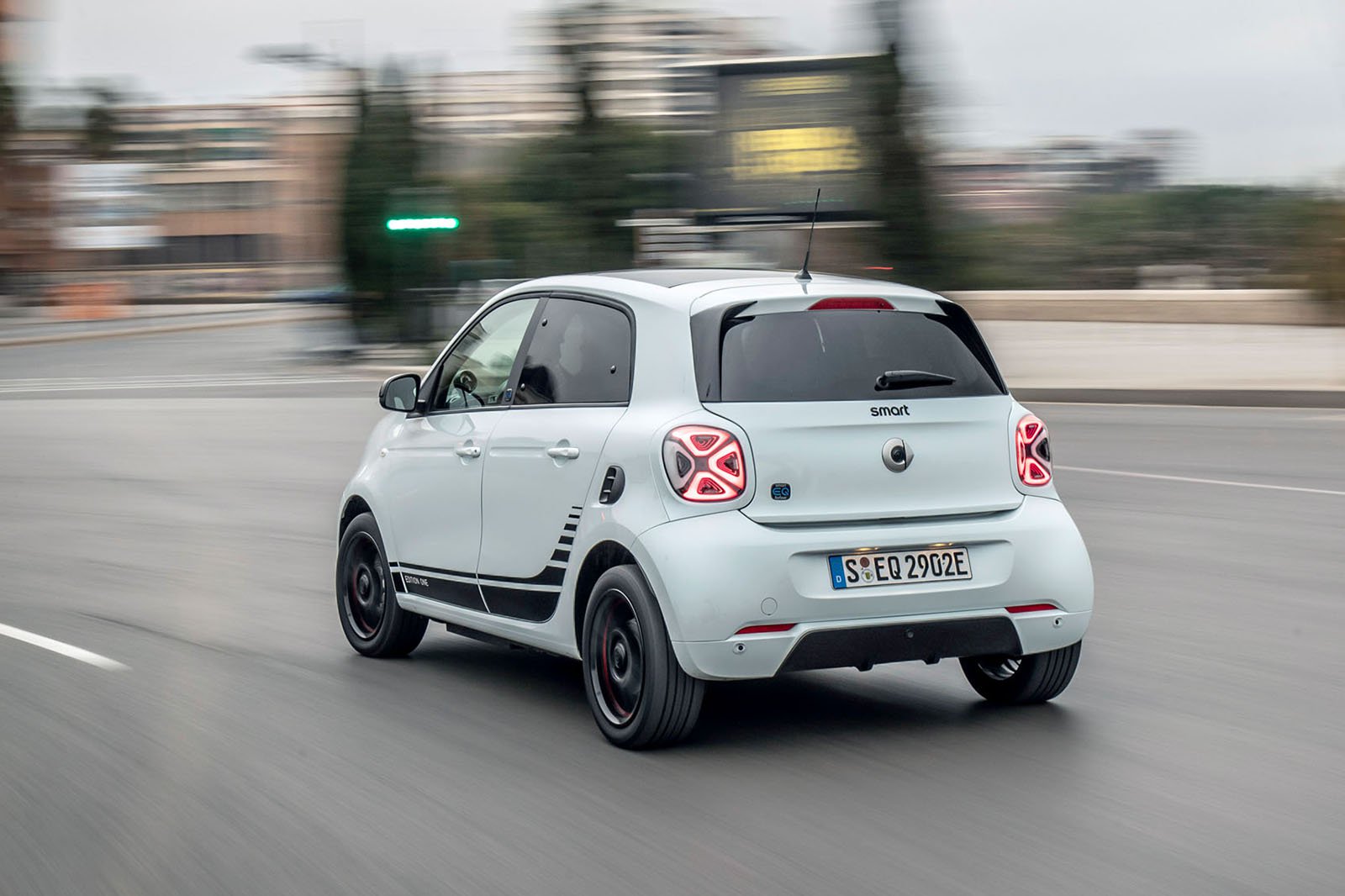